Update from the Co-Chairs on The White House AAPI Initiative

July 27, 2010 at 10:06 AM ET by Secretary Arne Duncan and Secretary Gary Locke
Twitter Facebook Email
Summary:
The Co-Chairs of The White House Initiative on AAPIs talk about the first meeting of the Interagency Working Group and summarize their work to date.

On Wednesday, we kicked off the first Interagency Working Group (IWG) meeting of The White House Initiative on Asian Americans and Pacific Islanders– which President Obama established last year by Executive Order.  As Co-Chairs of the Initiative, we are charged with increasing Asian Americans and Pacific Islanders’ (AAPIs) access to, and participation in, federal programs in which they remain underserved. 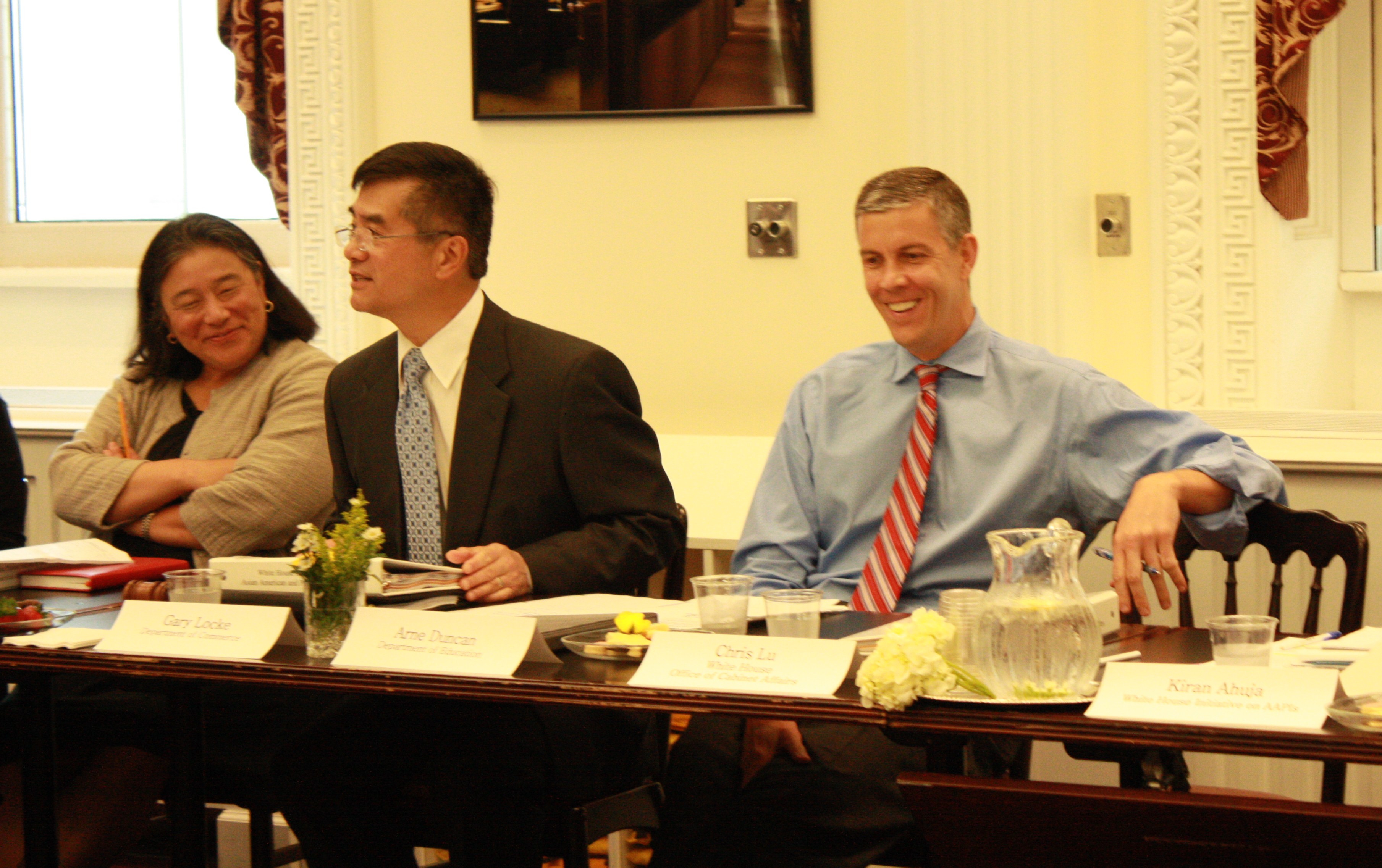 In the coming months, the 30 Executive Departments and Agencies participating in the Initiative will solicit public input from AAPI communities on ways to expand opportunities and identify barriers to federal government assistance.  This feedback will serve as the basis for a comprehensive AAPI outreach plan for each Executive Department and Agency.

The work of this Initiative cuts across sectors and is critically important. Nowhere is this clearer than in the Gulf Coast region, where the recent oil spill damaged the livelihoods of tens of thousands of AAPI fishermen and their families. Responses to the crisis from federal agencies were swift and are ongoing.

After Labor Secretary Hilda Solis visited the Gulf Coast and heard concerns from Southeast Asian fishermen who weren't getting necessary information from the government, she directed her department to undertake new public information campaign that included announcements on popular radio stations and The Weather Channel.

The White House Office of Social Innovation and Civic Participation is also working with individuals, non-profits, and the private sector to respond to the Gulf crisis by building the capacities of local organizations. Staff members from the Initiative have also partnered with the Department of Homeland Security to implement a comprehensive Limited English Proficiency strategy and ensure translation of key documents.

Our teams at the Departments of Commerce and Education and Agencies across the Administration are working hard on key AAPI initiatives. The Department of Commerce has launched a major program through the Economic Development Administration to provide support to small businesses, many of which are headed by AAPIs. The Department of Education recently hosted an event dispelling the “model minority” myth and held a community roundtable to hear about education issues affecting AAPIs. Based on what we heard at that meeting, the Department is identifying state models of data disaggregation and effective anti-bullying program models. We’re also working to increase technical assistance and outreach to higher education institutions that qualify for the Asian American Native American Pacific Islander Serving Institutions (AANAPISI) program.  Health and Human Services Assistant Secretary Howard Koh held a briefing to discuss community approaches to reduce health disparities in Asian American and Pacific Islander communities. The Department of Housing and Urban Development’s Deputy Secretary, Ron Sims, hosted a May roundtable to brainstorm ideas around sustainable community development, housing counseling, and the lack of mortgage credit in AAPI communities. AAPI small business owners gathered at the Small Business Administration in June to address concerns on contracting opportunities and reducing bureaucratic hurdles. All of these initiatives and countless others will help inform the work of agencies in developing more effective policy and programs for our AAPI communities.

For too long there’s been a lack of urgency about the issues facing AAPI communities, and it is time to take action through a comprehensive approach. We look forward to working with the AAPI community and with our colleagues in other federal agencies as we learn from each other, share best practices, and inspire each other to do more.