Myths and Facts About the Debt-Ceiling Compromise

August 4, 2011 at 10:47 AM ET by Jon Carson
Twitter Facebook Email
Summary:
Jon Carson, Deputy Assistant to President and Director of the White House Office of Public Engagement, addresses some misconceptions we've been hearing about the new budget deal 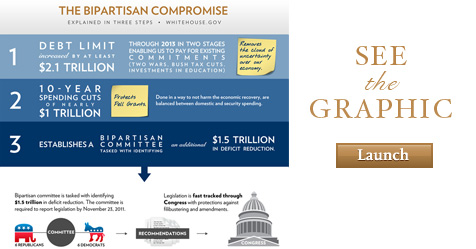 The budget compromise removes the cloud of uncertainty over the economy, and takes important steps toward reducing our deficit. In that sense, it’s a win for all Americans. (A picture is worth a thousand words, so click here to see an infographic on exactly how this agreement will work going forward.)

Here at the Office of Public Engagement, we’ve been working overtime to help explain all the details of this deal – and why we think it’s a win for our shared agenda. We also know that in the rush to figure out exactly what the deal is all about, there has been a lot of inaccurate information and analysis.

Below, I’ve tried to address, head-on, some the most common misconceptions we’ve been hearing about the deal.

Fact: President Obama laid out key priorities that had to be part of any deal. Those priorities are reflected in this compromise. First, we avoided default which would have plunged the economy into a deep recession, imperiling the well-being of millions of Americans. Second, the initial down payment on deficit reductions does not cut low-income and safety-net programs such as Medicare, Medicaid, and Social Security. Third, we set up a path forward that will put pressure on Congress to adopt a balanced approach. And finally, we raised the debt ceiling until 2013, ensuring that House Republicans could not use the threat of default in just a few months to force severe cuts in Social Security, Medicare, and Medicaid.

Myth: Republicans got everything they wanted

Fact: They won’t admit it publicly, but when push came to shove, Republicans backed down on their key demands. For months, Republicans called for a budget that would have ended Medicare as we know it, made catastrophic cuts to Medicaid, or cut investments in education by 25 percent, clean energy by 70 percent and infrastructure spending by 30 percent. As if that wasn’t enough, they also demanded that we repeat this debt-ceiling crisis, just a few months from now.

None of these of these demands made it into a final deal.

Fact:  There are no changes to these programs included in the initial phase of this agreement. In the second phase of the agreement, everything will be on the table – and the President has made clear that the committee must pursue a balanced approach where reforms to programs like Medicaid, Social Security or Medicare would only be acceptable if coupled with higher revenues from the most fortunate.

Myth: This deal reduces the deficit entirely on the backs of the middle class.

Fact: While the initial down payment on deficit reduction - about $1 trillion – will require belt-tightening, it still will allow us to invest in the programs and priorities we care about most. Moreover, hundreds of billions of this initial round of cuts will come from security spending.

As we negotiated the domestic side of the cuts, we protected our historic new investments in Pell Grants as part of the down payment. For the second phase, we made sure that  programs for the most vulnerable, like food stamps, Medicaid and the Earned Income Tax Credit, would not be hit by the “trigger,” the automatic cuts that will go into place if Congress does not find an acceptable compromise.

Myth: The joint committee -- the so-called "super committee" -- makes it easier for Congress to cut the programs we care about.

Fact: The joint committee system puts pressure on Republicans to seek compromise. As we all know, in this round of deficit reduction, there wasn’t a lot of leverage bringing Republicans to the table. In round two, that changes.

If Republicans aren't willing to compromise, then the joint committee will fail. This would automatically trigger an additional $1.2 trillion in deficit reduction designed to be painful for both sides, with half that coming from savings in the defense budget.

Fact: The deal lays out two paths for further reducing our deficit. Both of them include revenues. Option one is for the joint committee to develop a plan that is passed by both Houses of Congress, and signed by President Obama. The President has already said that he will only support a balanced approach involving shared sacrifice. That means raising revenue through steps such as closing loopholes for corporations, reforming our tax code, and asking millionaires and billionaires to pay their fair share in taxes.

If the joint committee cannot develop a balanced compromise,that brings us to option two for raising revenues: the expiration of the Bush tax cuts. On January 1, 2013, President Obama can use his veto pen to end special tax breaks for high-income Americans if Congress votes to extend them. 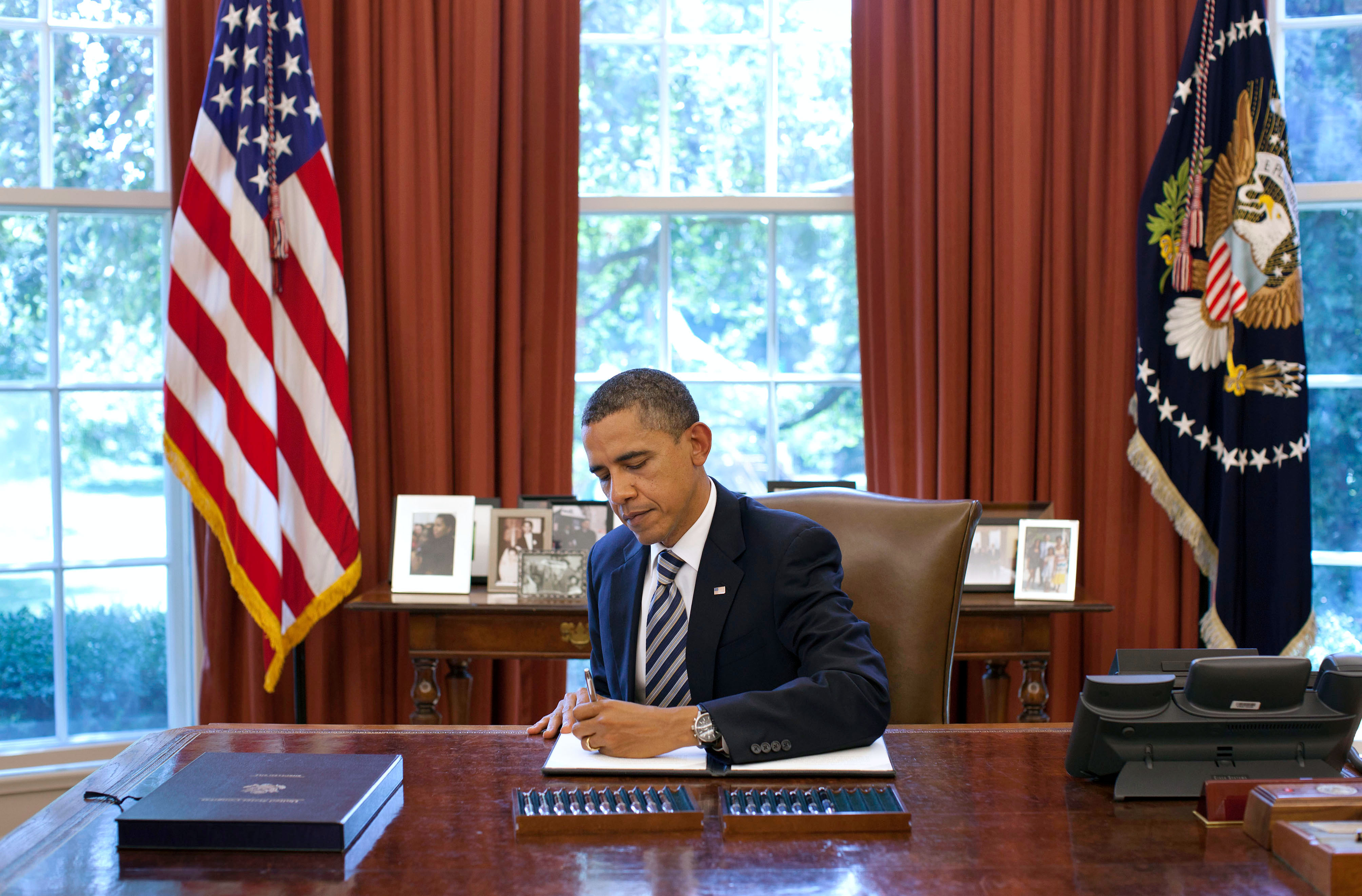