January 19, 2012 at 5:00 PM ET by Matt Compton
Twitter Facebook Email
Summary:
President Obama travels to the Magic Kingdom to talk about steps he's taking to boost tourism in the United States and grow the economy. 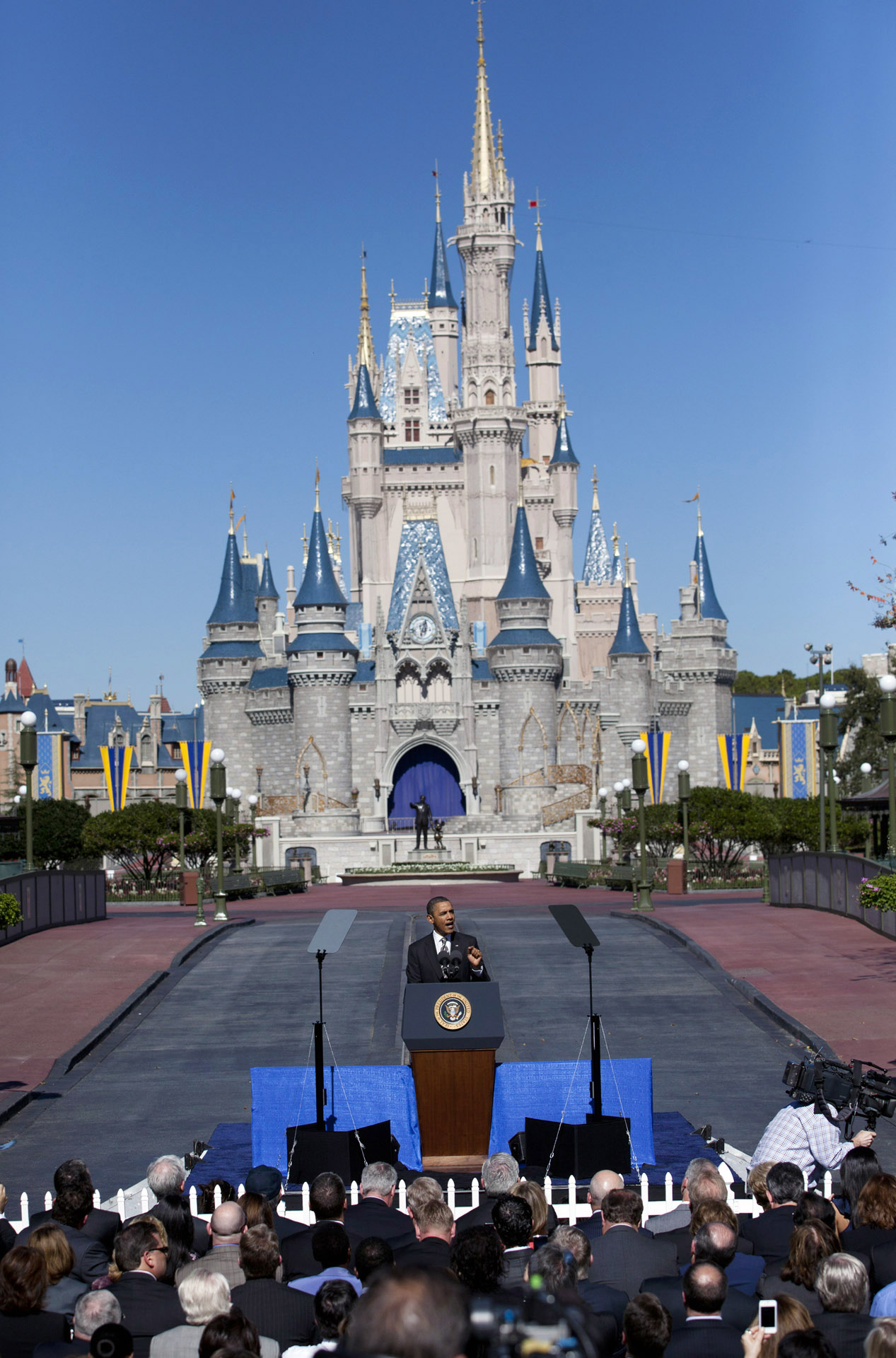 President Barack Obama delivers remarks on a strategy that will significantly help boost tourism and travel during a statement at the Magic Kingdom Theme Park at the Walt Disney World Resort in Orlando, Florida, Jan. 19, 2012. (Official White House Photo by Sonya N. Hebert)

In the United States, tourism is big business. In fact, it's the number one service that we export. In 2010, we welcomed nearly 60 million international visitors to America, and they helped to boost our economy to the tune of $134 billion.

And President Obama thinks we should do even more to boost that trend, which is why he traveled to Walt Disney World in Orlando, Florida. Speaking from Main Street USA, he announced:

[Today,] I directed my administration to send me a new national tourism strategy focused on creating jobs. And some of America’s most successful business leaders –- some who are here today –- have signed up to help. We’re going to see how we can make it easier for foreign tourists to find basic information about visiting America. And we’re going to see how we can attract more tourists to our national parks. We want people visiting not just Epcot Center, but the Everglades, too. The more folks who visit America, the more Americans we get back to work.  It’s that simple.

The President said that his goal is to ensure that the United States is the top tourist destination in the world. He announced efforts to expand the Global Entry Program, which makes it easier for frequent visitors to the United States -- who've undergone a background check -- to travel in and out of our borders. He told the audience that he'd directed his administration to add additional nations to the list of those whose citizens are allowed to visit America without a tourist visa.

And in changing world where the middle class is booming in places like China, India, and Brazil, the President announced steps to make it easier for people from those countries to choose the United States as a place for their vacations:

[Today] I’m directing the State Department to accelerate our ability to process visas by 40 percent in China and in Brazil this year. We’re not talking about five years from now or 10 years from now -- this year.

These are all things the President is doing right now -- as part of the We Can't Wait campaign.

Do you think your community is a great place to visit? Tell us about it on Twitter using the hashtag #VisitUS.