February 22, 2012 at 10:53 AM ET by Matt Compton
Twitter Facebook Email
Summary:
President Obama makes his own contribution to "In Performance at the White House: Red, White and Blues" 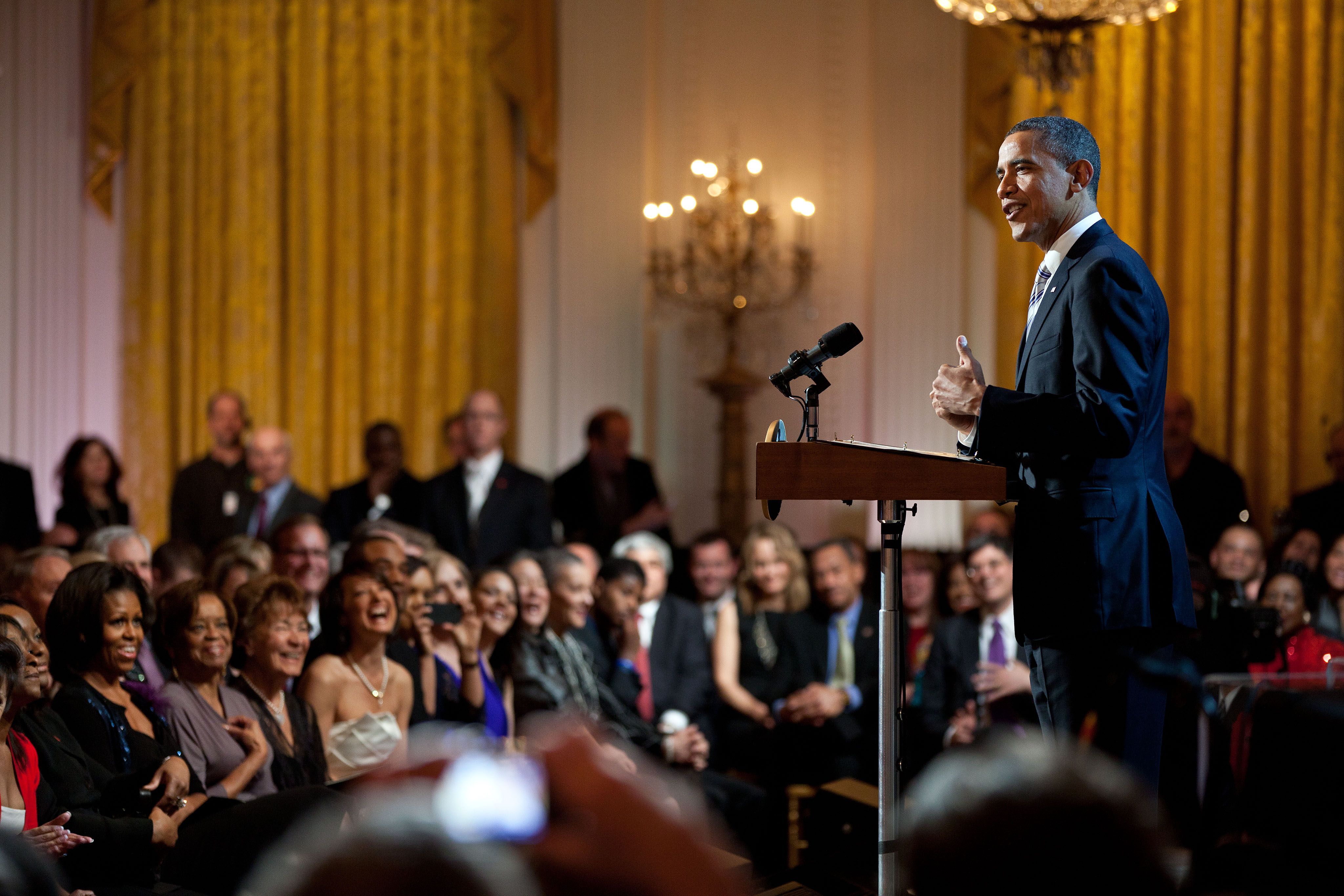 President Barack Obama and First Lady Michelle Obama host, “In Performance at the White House: Red, White and Blues” in celebration of blues music in the East Room of the White House, Feb. 21, 2012. (Official White House Photo by Pete Souza)

Last night, President Obama and First Lady Michelle Obama hosted an incredible group of performers for a night of blues music as part of the PBS "In Performance at the White House" series. After a little encouragement from the legendary B.B. King, the President took the mic from Mick Jagger, and sang a few lines from, "Sweet Home Chicago." Watch:

In welcoming the crowd to the White House, President Obama talked about the origin of the blues:

This is music with humble beginnings -- roots in slavery and segregation, a society that rarely treated black Americans with the dignity and respect that they deserved. The blues bore witness to these hard times. And like so many of the men and women who sang them, the blues refused to be limited by the circumstances of their birth.

The music migrated north -- from Mississippi Delta to Memphis to my hometown in Chicago.  It helped lay the foundation for rock and roll, and R&B and hip-hop. It inspired artists and audiences around the world. And as tonight’s performers will demonstrate, the blues continue to draw a crowd. Because this music speaks to something universal.  No one goes through life without both joy and pain, triumph and sorrow. The blues gets all of that, sometimes with just one lyric or one note.

King and Jagger were joined by Jeff Beck, Trombone Shorty, Keb Mo, and a host of others.

Other "In Performance" events have honored Motown, country, and a concert celebrating the Hispanic musical heritage.

The entire concert will air on PBS next Monday, February 27.