First Lady Michelle Obama: “I am humbled and inspired”

Yesterday, First Lady Michelle Obama and Gen. Martin Dempsey, Chairman of the Joint Chiefs of Staff, spoke at the Opening Ceremonies of the 2012 Warrior Games. More than 200 veterans and service members are participating in the third annual Warrior Games, hosted by the United States Olympic Committee with the support of the Department of Defense. The event enables men and women who suffered injuries during a tour of duty to compete in a variety of athletic events - from archery to cycling - and takes place through May 5th, 2012. The First Lady welcomed the group, saying, " we have folks from the Army, the Navy, the Coast Guard, the Air Force and the Marine Corps. Just breathtaking is all I have to say. And I am humbled and inspired." 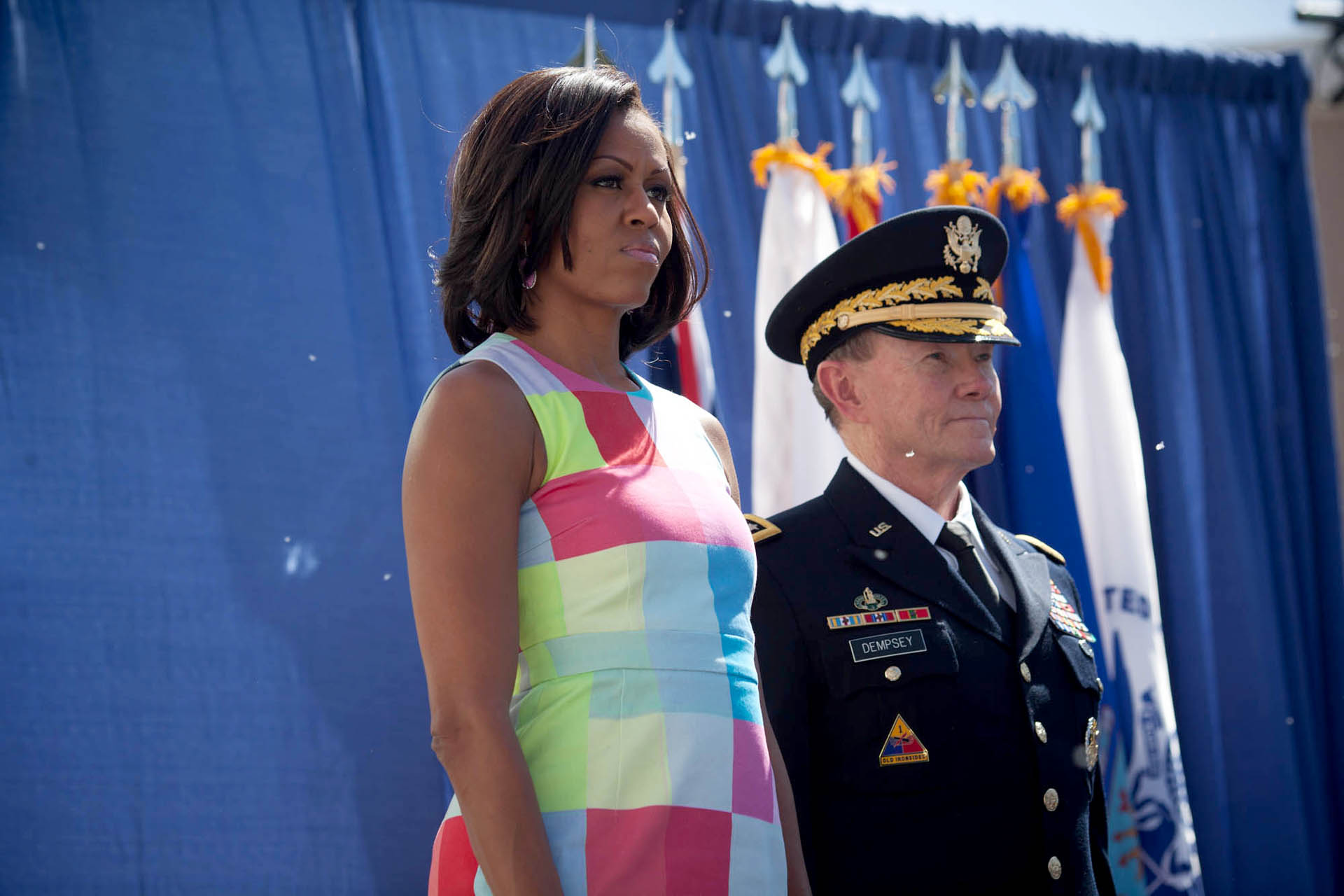 First Lady Michelle Obama and Gen. Martin Dempsey, Chairman of the Joint Chiefs of Staff, participate in the Opening Ceremony for the 2012 Warrior Games at the Olympic Training Center in Colorado Springs, Colo., April 30, 2012. Floating cottonwood seeds can be seen in the photo. (Official White House Photo by Lawrence Jackson)

Honorary torchbearers Melissa Stockwell and Capt. Simon Maxwell stood with the First Lady at the Olympic Training Center in Colorado Springs, Colorado as the wounded, ill and injured veterans and service members arrived. These brave men and women are exemplifying their resilience through competitions in archery, swimming, cycling, shooting, wheelchair basketball, sitting volleyball, track and field. 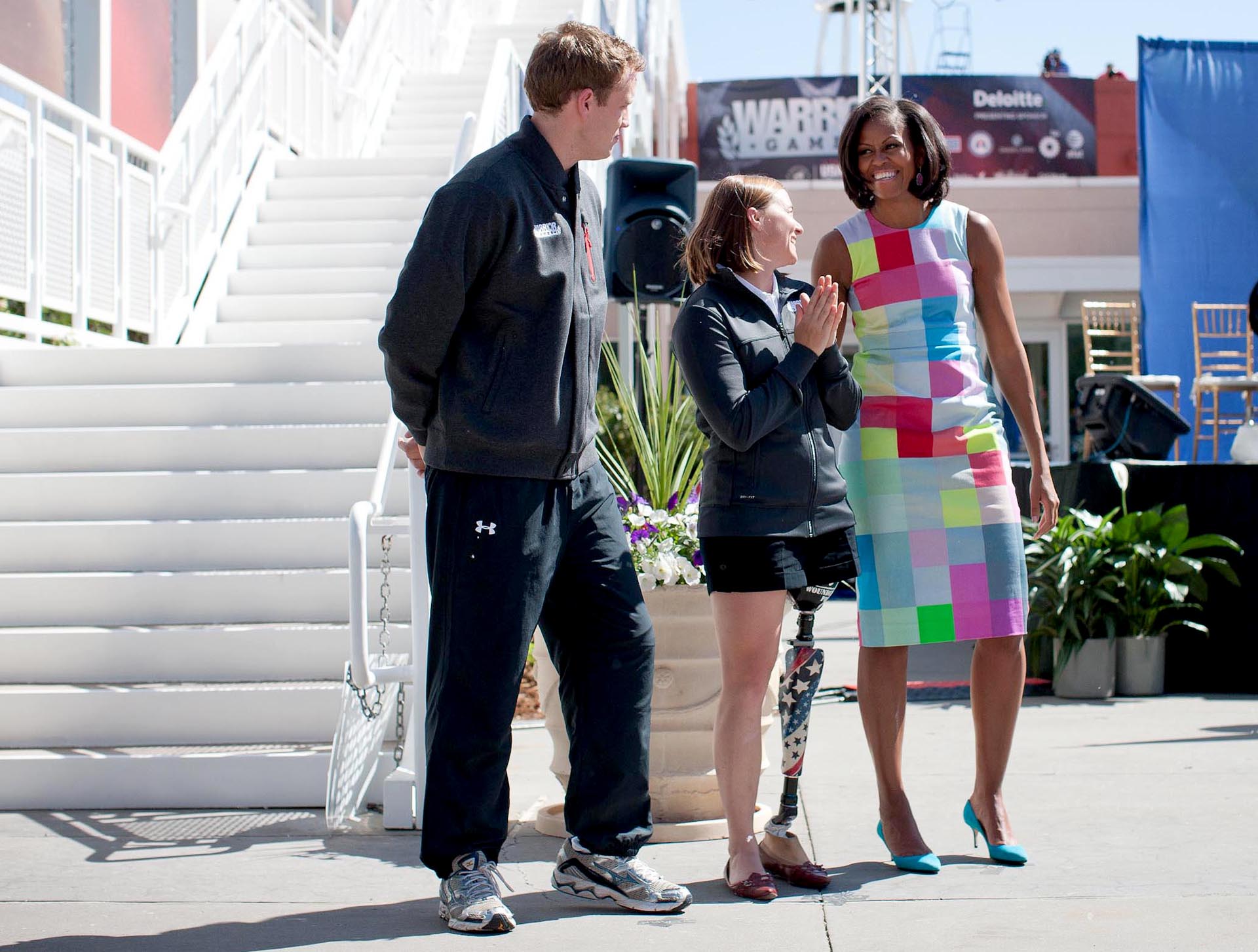 The First Lady praised the participants saying, “No matter how seriously you're injured, no matter what obstacles or setbacks you face, you just keep moving forward... You just keep pushing yourselves to succeed in ways that just mystify and leave us all in awe.” She highlighted athletes like Captain Disbro, whose leg was amputated below the knee after being wounded in Iraq in 2004, noting, “today, he is the reigning Warrior Games ultimate champion for his performances in swimming, shooting, sprinting, hiking, and the shot put. Whew, I’m just tired mentioning all that.”

Concluding her remarks, the First Lady noted, “your work, your commitment, your devotion to this country does not go unnoticed. It truly does not… you have got a First Lady and a President who is cheering you on not just today, but truly every single day. And you have an entire country that loves you and respects you, and strives to live up to the example that all of you set.”

To learn more about opportunities to recognize those who serve our country, visit JoiningForces.gov, follow us on Twitter @JoiningForces and on Facebook -- and continue to cheer on our veterans and service members participating in the Warrior Games using the hashtag #WarriorGames.