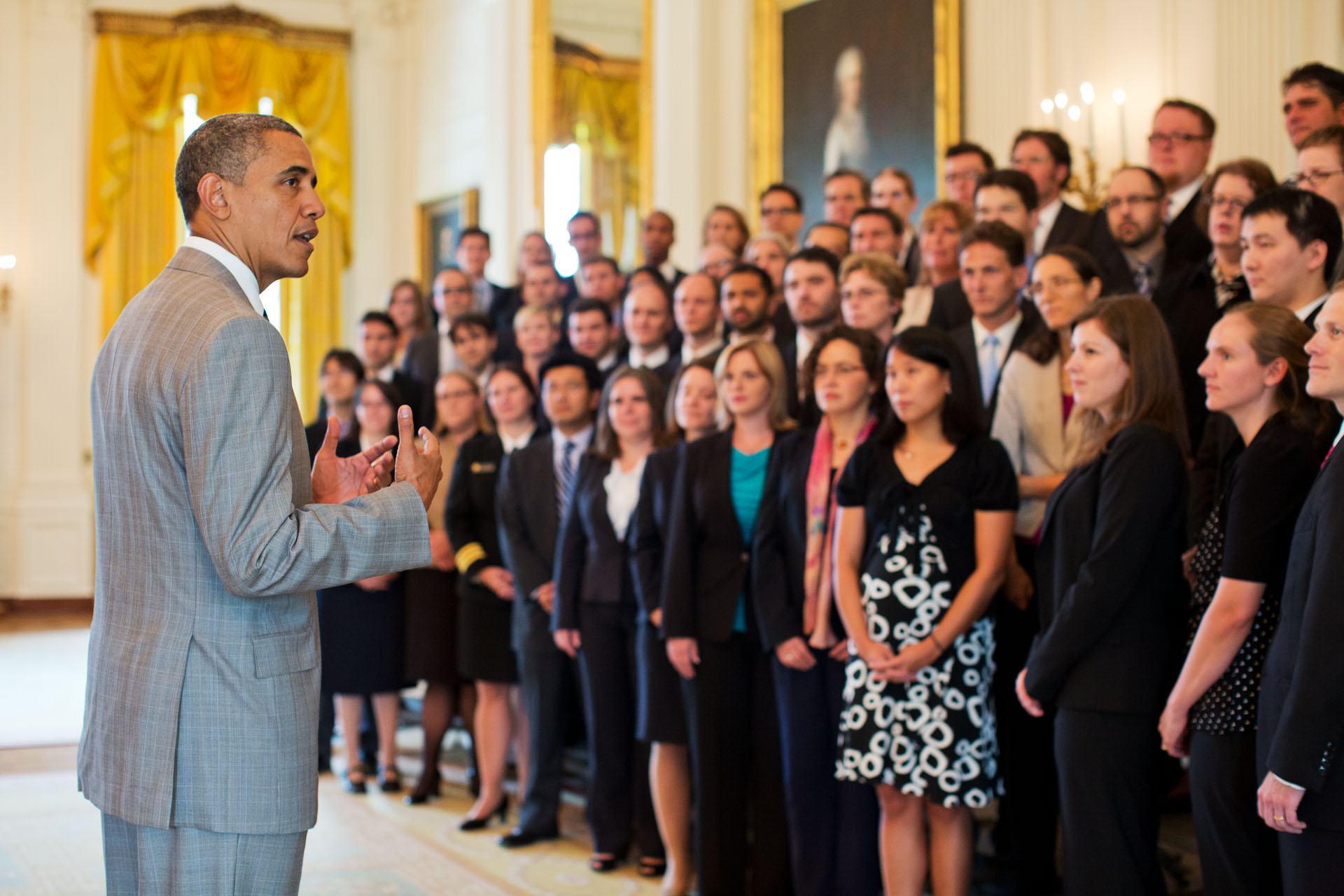 Today, the President met with a group of leading American scientists and engineers in the East Room of the White House to thank them for their research and encourage them to keep up the good work. Before meeting with the President, in an award ceremony today at the Smithsonian National Museum of Natural History, Science and Technology Advisor John Holdren conferred the Presidential Early Career Award for Scientists and Engineers (PECASE) to the 96 outstanding researchers.

Last week, President Obama announced this year’s winners of PECASE, an honor bestowed upon independent researchers in the early stages of their careers. PECASE recognizes and supports scientists and engineers who show exceptional promise for leadership at the frontiers of scientific knowledge and reflects the Obama Administration’s commitment to developing outstanding scientists and engineers that contribute to the growth and prosperity of our Nation.

“Discoveries in science and technology not only strengthen our economy, they inspire us as a people.” President Obama said.  “The impressive accomplishments of today’s awardees so early in their careers promise even greater advances in the years ahead.”

Each scientist or engineer is employed or funded by the Federal government and includes members of the Departments of Agriculture, Commerce, Defense, Education, Energy, Health and Human Services, Interior, Veterans Affairs and the Environmental Protection Agency, National Aeronautics and Space Administration, and National Science Foundation. These 11 government agencies annually nominate the individuals whose research shows the most promise for strengthening American leadership in science and engineering.

Following their meeting with the President, the awardees took part in a series of briefings with Office of Science and Technology Policy staff at the White House.

PECASE originated in 1996, when President Clinton commissioned the National Science and Technology Council to establish an award that would recognize young scientists and engineers conducting critical research.