January 14, 2013 at 3:30 PM ET by Colleen Curtis
Twitter Facebook Email
Summary:
Before taking questions from the assembled journalists, the President took a moment to reflect on the past four years, and look ahead to his agenda for the next term, which includes new jobs, new opportunity, and new security for the middle class 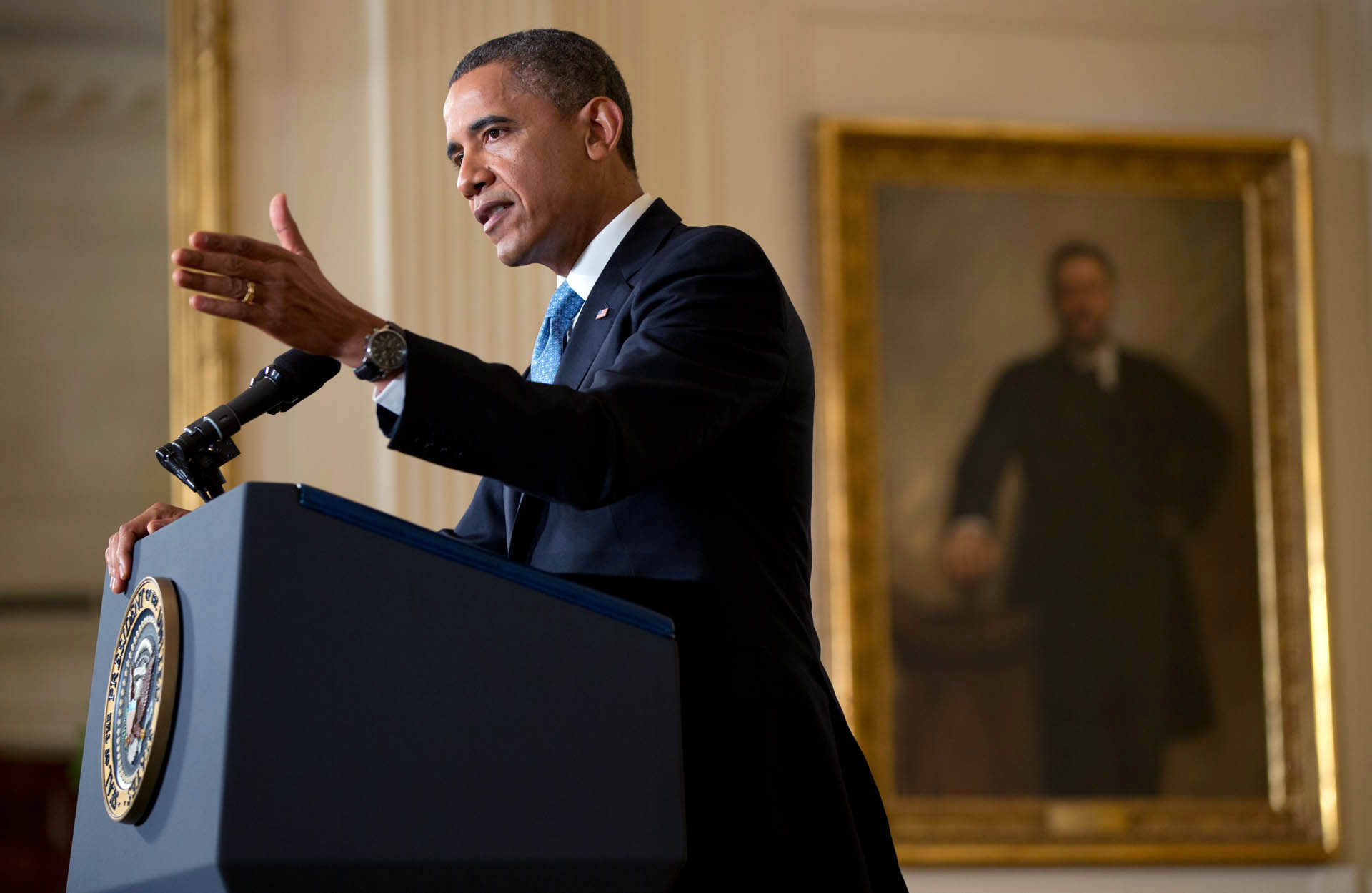 President Barack Obama responds to a question during a press conference in the East Room of the White House, Jan. 14, 2013. (Official White House Photo by Pete Souza)

President Obama today invited the White House Press Corps to the East Room for one last news conference as his first term comes to an end. Before taking questions from the assembled journalists, the President took a moment to reflect on the past four years, and look ahead to his agenda for the next term, which includes new jobs, new opportunity, and new security for the middle class:

One component to growing our economy and broadening opportunity for the middle class is shrinking our deficits in a balanced and responsible way. And for nearly two years now, I’ve been fighting for such a plan -- one that would reduce our deficits by $4 trillion over the next decade, which would stabilize our debt and our deficit in a sustainable way for the next decade. That would be enough not only to stop the growth of our debt relative to the size of our economy, but it would make it manageable so it doesn’t crowd out the investments we need to make in people and education and job training and science and medical research -- all the things that help us grow.

The President also addressed the dangers our country will face if Congressional Republicans go forward with their threat to let America default on our spending obligations:

If congressional Republicans refuse to pay America’s bills on time, Social Security checks and veterans’ benefits will be delayed. We might not be able to pay our troops, or honor our contracts with small business owners. Food inspectors, air traffic controllers, specialists who track down loose nuclear material wouldn’t get their paychecks. Investors around the world will ask if the United States of America is, in fact, a safe bet. Markets could go haywire. Interest rates would spike for anybody who borrows money -- every homeowner with a mortgage, every student with a college loan, every small business owner who wants to grow and hire. It would be a self-inflicted wound on the economy. It would slow down our growth, might tip us into recession, and ironically, would probably increase our deficit.

So to even entertain the idea of this happening -- of the United States of America not paying its bills -- is irresponsible. It’s absurd. As the Speaker said two years ago, it would be -- and I'm quoting Speaker Boehner now -- “a financial disaster, not only for us, but for the worldwide economy.”

So we've got to pay our bills. And Republicans in Congress have two choices here: They can act responsibly, and pay America’s bills; or they can act irresponsibly, and put America through another economic crisis. But they will not collect a ransom in exchange for not crashing the American economy. The financial well-being of the American people is not leverage to be used. The full faith and credit of the United States of America is not a bargaining chip.

In addition to questions on the so-called debt ceiling, the President also talked about preventing gun violence and the need for bipartisan compromise to reduce our deficit in a balanced and responsible way. You can watch the entire press conference here.