March 1, 2013 at 1:49 PM ET by Colleen Curtis
Twitter Facebook Email
Summary:
Speaking in the James S. Brady Press Briefing Room, President Obama vowed that he would continue working with Congress in the coming weeks to find compromise on a balanced approach to replacing these harmful budget cuts.

President Obama held a press conference this morning after meeting with Congressional leaders to talk about his plans to move the country forward in light of the severe budget cuts that will start to take effect today.

These cuts, which are known as the sequester, will hurt our economy and cost us jobs, the President said. And as Americans all across the country work hard to keep our economic recovery going, arbitrary cuts to services and investments that businesses and workers depend on makes that far more difficult.

But none of this is necessary, President Obama said. These cuts are "happening because of a choice that Republicans in Congress have made."

They’ve allowed these cuts to happen because they refuse to budge on closing a single wasteful loophole to help reduce the deficit. As recently as yesterday, they decided to protect special interest tax breaks for the well-off and well-connected, and they think that that’s apparently more important than protecting our military or middle-class families from the pain of these cuts.

I do believe that we can and must replace these cuts with a more balanced approach that asks something from everybody: Smart spending cuts; entitlement reform; tax reform that makes the tax code more fair for families and businesses without raising tax rates --  all so that we can responsibly lower the deficit without laying off workers, or forcing parents to scramble for childcare, or slashing financial aid for college students.

Speaking in the James S. Brady Press Briefing Room, President Obama vowed that he would continue working with Congress in the coming weeks to find compromise on a balanced approach to replacing these harmful budget cuts:

I’m going to keep on reaching out to them, both individually and as groups of senators or members of the House, and say to them, let’s fix this -- not just for a month or two, but for years to come.  Because the greatest nation on Earth does not conduct its business in month-to-month increments, or by careening from crisis to crisis. And America has got a lot more work to do.

The President also promised that the sequester would not affect his plans to move the country forward on other important goals: 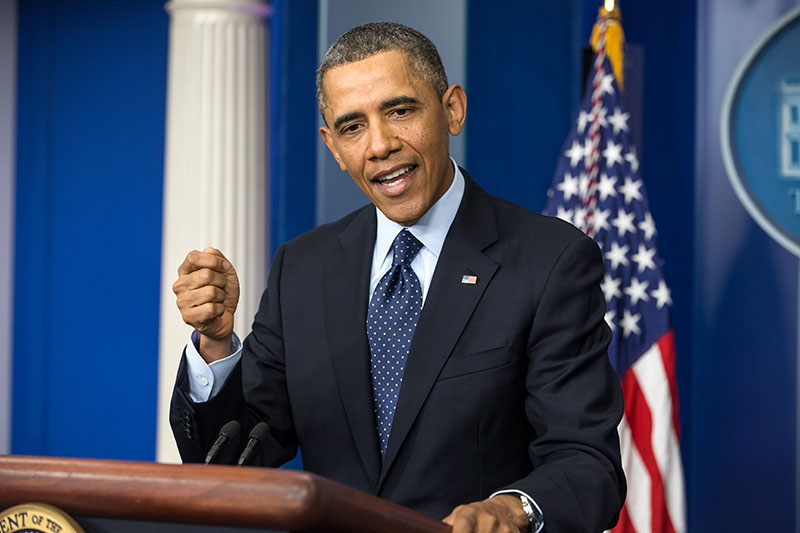