May 29, 2013 at 10:40 AM ET by Gautam Raghavan
Twitter Facebook Email
Summary:
President Obama delivers remarks before over 200 members of the Asian American and Pacific Islander (AAPI) community at a White House celebration of AAPI Heritage Month.

Last night, President Obama delivered remarks before over 200 members of the Asian American and Pacific Islander (AAPI) community at a White House celebration of AAPI Heritage Month. The audience included national, state, and local community leaders; elected officials; leaders of philanthropic, youth, and arts organizations; and members of the President’s Administration, including Sri Srinivasan, who was recently confirmed unanimously by the Senate to become the first South Asian American federal appeals court judge. 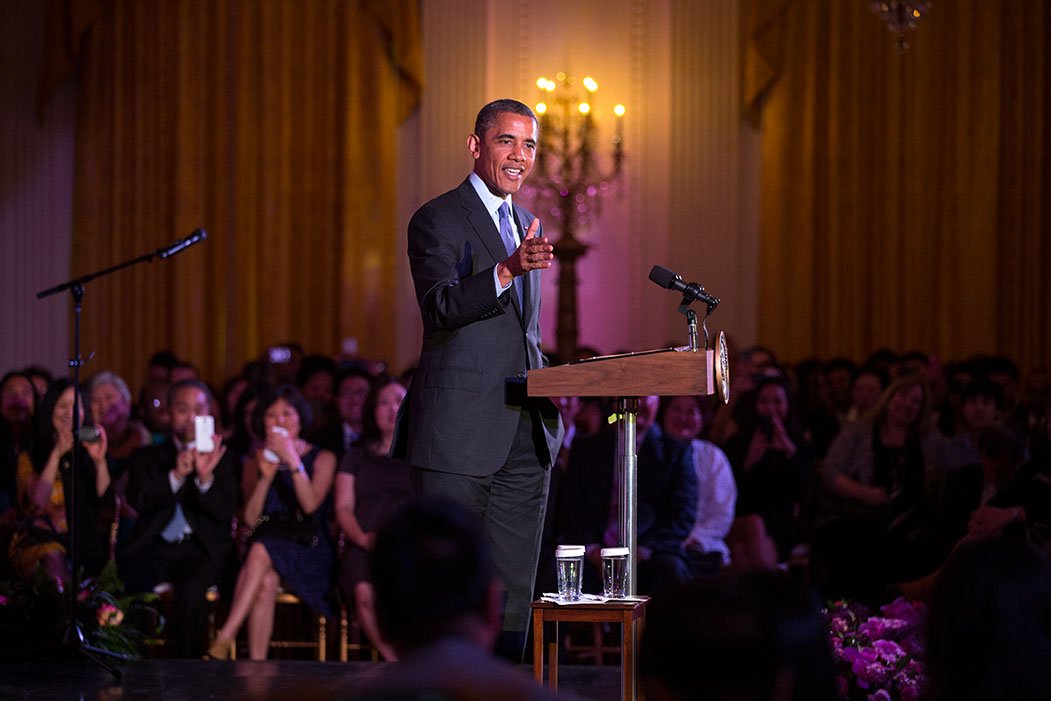 In his remarks, the President highlighted the contributions of generations of Asian Americans and Pacific Islanders who, in his words, “helped build this country, and helped to defend this country, and to make America what it is today.”  He said:

We value these voices because from the very beginning, ours has been a nation of immigrants; a nation challenged and shaped and pushed ever forward by diverse perspectives and fresh thinking.  And in order to keep our edge and stay ahead in the global race, we need to figure out a way to fix our broken immigration system -- to welcome that infusion of newness, while still maintaining the enduring strength of our laws.  And the service and the leadership of Asian Americans and Pacific Islanders have proved that point time and again.

Watch video of the President’s remarks or read the transcript.