August 29, 2013 at 2:52 PM ET by Tobin Marcus
Twitter Facebook Email
Summary:
Vice President Biden swears in B. Todd Jones as the first permanent Director of the Bureau of Alcohol, Tobacco, Firearms and Explosives (ATF) in seven years, and announces two new executive actions that build on the comprehensive gun violence reduction plan he and the President laid out on January 16, 2013 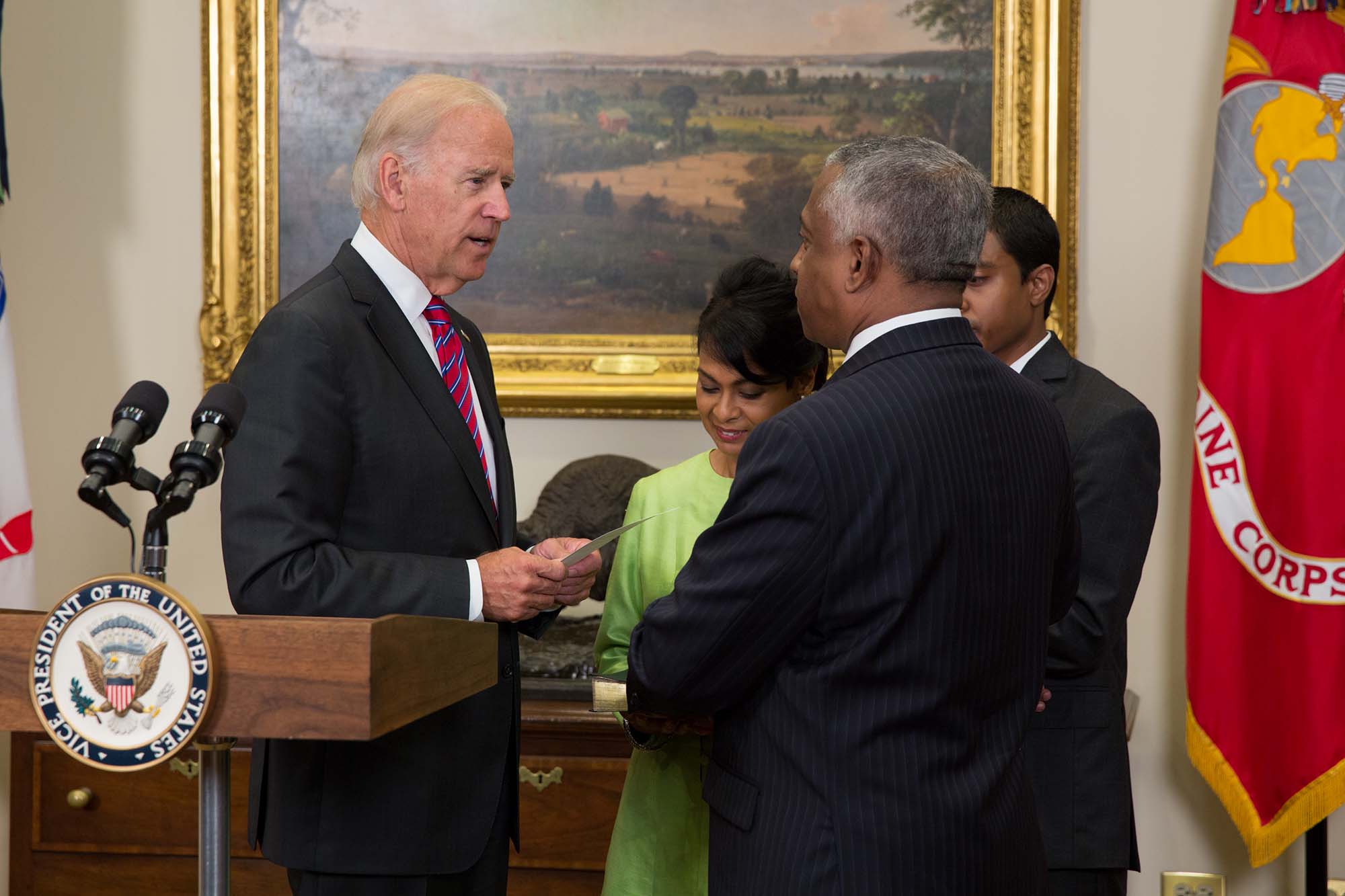 Even as Congress fails to act on common-sense proposals to reduce gun violence, like expanding criminal background checks and making gun trafficking a federal crime, President Obama and Vice President Biden remain committed to using all the tools in their power to make our communities safer.

The Vice President also announced two new executive actions, building on the comprehensive gun violence reduction plan he and the President laid out on January 16, 2013.

First, ATF is closing a loophole that has allowed machine guns and other particularly dangerous weapons to get into the wrong hands. This loophole allows prospective buyers to license these weapons to shell corporations, which lets them bypass a required background check.  ATF is proposing a rule to change that, requiring anyone associated with those corporations to go through the very same kind of background check process.  Closing this loophole will make a difference—last year alone, there were more than 39,000 requests for transfers of these restricted firearms to trusts or corporations.

Second, the Administration is taking action to keep military-grade guns off the streets. Since 2005, the U.S. government has authorized foreign governments to import more than 250,000 military-surplus firearms back into the United States.  Today, the Vice President announced a new policy of denying these requests to bring surplus military firearms back into the United States, with only a few exceptions such as for museums.

Today’s executive actions are simple, sensible ways to make our communities safer. But they are no replacement for common-sense legislation to reduce gun violence, which we need Congress to pass.  And as Vice President Biden said today, “If Congress won't act, we'll fight for a new Congress.”