February 2, 2015 at 1:47 PM ET by Lindsay Holst and Tanya Somanader
Twitter Facebook Email
Summary:
Today, we're able to communicate with more Americans than ever before, which means our budget presentation looks a lot different than it did decades ago. Here are five things that are new and different about the Fiscal Year 2016 budget. 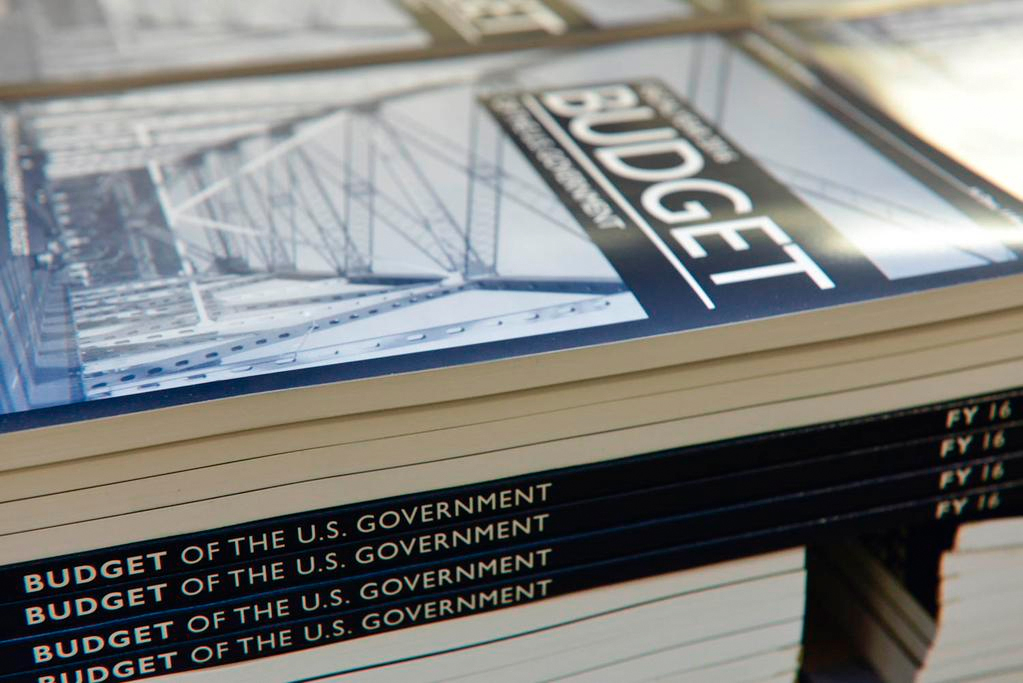 The Budget and Accounting Act of 1921 stipulated that each year, the President must submit his budget request for the following fiscal year to Congress.

According to current law:

Today, we're able to communicate with more Americans than ever before, which means our budget presentation looks a lot different than it did decades ago. Here are five things that are new and different about the Fiscal Year 2016 budget.

Happy Budget Day: Dig in, geek out, and let your inner wonk shine.

This is our nation's first open-sourced budget.

Both the budget itself -- and the process by which we release it -- should be a reflection of our values as a country. We want to make it possible for as many members of the American public as possible to review the President's proposals, and have clear opportunities to provide feedback. This year, we're releasing all of the data in the FY 2016 budget in an easy, machine-readable format on GitHub, a website for hosting open-source projects. That way, anyone who wants to create their own visualizations or products from the data is free to do so.

We released the full budget document in an easy-to-read format on Medium.

For the first time ever, we've also made the full text of the budget available on a blogging platform -- Medium. In this format, the budget is easier to navigate, easier to share, and easier for those who might not regularly frequent WhiteHouse.gov to find. What's more, anyone can weigh in and give their feedback by adding a comment to a given section.

By making the budget available on Medium -- similar to our decision to make a full transcript of the President's 2015 State of the Union address available on the platform for the first time -- we're continuing our efforts to reach a broader online audience, and giving Americans a range of ways to consume the data and details housed in the budget.

The budget's cover finally got an upgrade.

If a budget is a reflection of our priorities as a nation, why shouldn't the cover be the same? One of the President's key priorities in his 2016 budget is to modernize our public infrastructure -- something our roads, bridges, and ports desperately need. So instead of the plain blue budget cover that administrations typically affix to the budget, this year's cover features the Tappan Zee Bridge in New York -- one of the bridges that has benefited from the President's previous investments in infrastructure upgrades.

Now you can see exactly where your money is going and how it will impact Americans like you.

The budget can be a lot to dig through, literally. After all, it's thousands of pages. So this year, the White House has a better, interactive way to actually "see" the budget. You can take a look at where taxpayer dollars are going, why, and who those initiatives will impact.

From the patients who will receive more tailored treatment thanks to precision medicine, to the veterans who will get the job-training support they deserve, check out how the President's vision to strengthen our nation is actually laid out in the budget here: obamawhitehouse.archives.gov/interactive-budget

This year, the President's budget focuses on combating climate change more than ever before.

From rising sea levels and raging wildfires to extreme droughts and severe storms, climate change poses one of the most significant long-term challenges to our nation and planet. How we respond speaks volumes about our values and our leadership in the world.

That's why, for the first time, the President's budget includes an entire chapter on combating climate change. Taking a holistic approach to the challenges we face, the 2016 budget invests in climate preparedness and resilience in three key ways:

Explore the budget in a new way: