Another Step Toward Equality for LGBT Workers

Ed. note: This is cross-posted on the U.S. Department of Labor's blog here.

We're also holding a special Tumblr Q&A on Friday about the steps the President has taken to expand opportunity for the LGBT community. Ask your questions on the White House Tumblr, and officials from across the Administration will answer some of them throughout the day on Friday.

Today, President Obama’s Executive Order on LGBT Workplace Discrimination goes into effect. It prohibits federal contractors and subcontractors from discriminating on the basis of sexual orientation and gender identity. Because of this Executive Order, lesbian, gay, bisexual, and transgender people employed by federal contractors across the country will now receive new legal protections designed to ensure they are judged by the quality of their work, not who they are or whom they love.

As I said when the Executive Order was announced, this is a civil rights victory consistent with our founding principles. It will mean a more dynamic and inclusive workforce that captures the talents of more of our people. It advances the principle that we should be leaving no one on the sidelines, that America is strongest when it fields a full team. 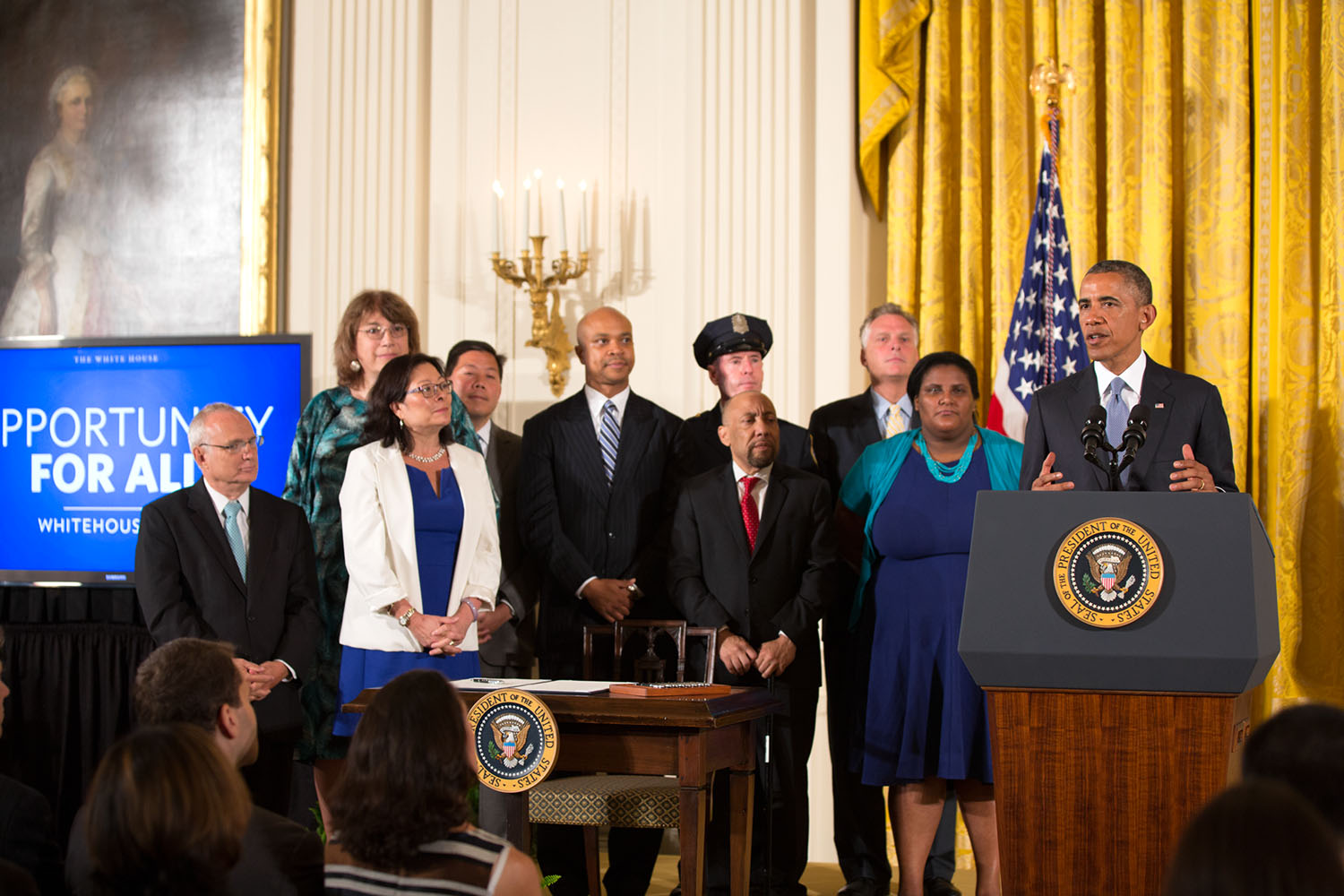 Each year, federal contractors and subcontractors receive billions of taxpayer dollars to supply goods, provide services, and perform construction work for government agencies. In return, they are held to a reasonable standard that they may not discriminate in hiring, firing, pay, promotion, and other employment practices. Until today, it was discrimination based on race, color, religion, national origin, disability, and status as a protected veteran that was prohibited. Now, in the first expansion since 1974, LGBT Americans enjoy these same protections.

The obligation not to discriminate covers every type of new and modified federal contract — from companies that build our highways and manage our IT infrastructure to those that run our cafeterias, produce our military uniforms and stock our supply closets. And it applies to every establishment of those contractors and subcontractors — not just the ones directly involved in performing the contract. While these protections for LGBT workers go into effect today, they do not require employers to undertake new record keeping, data analysis, goal setting, or other similar affirmative action. Nor are employees and job applicants required to identify their sexual orientation or gender identity.

Many of the largest federal contractors already ban sexual orientation and gender identity discrimination. They understand that it’s both good for their bottom lines and the right thing to do. And we at the Labor Department have been working hard to make this process as easy as possible for contractors. Compliance assistance and other resources are available online, as is information for workers and job applicants who wish to file a complaint.

Equality under the law means equality under the law for everyone. It means giving everyone the chance to go as far as their hard work will take them. Today is an important mile marker on the path to workplace equality, but our efforts are far from finished. We will move with all haste, bringing to bear the full resources of this department to implement and enforce these new protections on behalf of the LGBT Americans who work for federal contractors.