The 13th Amendment: 150 Years Later, President Obama Reflects on the Abolition of Slavery

December 9, 2015 at 7:42 PM ET by Tanya Somanader
Twitter Facebook Email
Summary:
Standing in the United States Capitol today, President Obama reflected on the progress we've made since the U.S. abolished slavery in 1865.

"To nobly save, or meanly lose, the last best hope of Earth. That is our choice. Today we affirm hope."
President Obama

On December 6, 1865, the U.S. ratified the 13th Amendment to the Constitution: the abolition of slavery. It was a long overdue step in the long road we continue to walk in our efforts to address and uproot the systemic injustices embedded into our society.

Standing in the United States Capitol today, President Obama reflected on the history of our progress -- hard-fought, hard-won, incomplete, but always possible. Watch his remarks here:

As many made clear at the time of its ratification, the 13th Amendment was not a final step, but rather the first step in making real the promise that all men are created equal. Read the letter that Annie Davis, an enslaved woman living in Maryland, wrote to President Lincoln asking if she was free after he had signed the Emancipation Proclamation. He never replied, but the answer was no. It would take an amendment to Maryland's constitution -- and the 13th Amendment -- to ensure that she and all enslaved people in the U.S. were free in the eyes of the law. 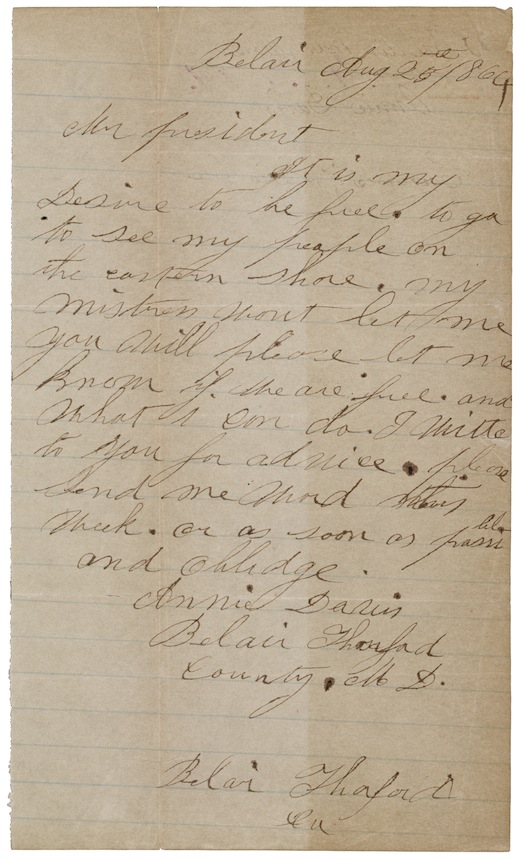 In sharing his thoughts on the 13th Amendment, the words of Frederick Douglass ring true today:

"Verily, the work does not end with the abolition of slavery, but only begins."