May 31, 2016 at 7:00 PM ET by Melanie Garunay
Twitter Facebook Email
Summary:
President Obama is returning to Elkhart, Indiana to highlight the economic progress we've made and the challenges that remain.

Email from Kelly Rizzo: What I'm telling the President today

Kelly Rizzo, from South Bend, Indiana, wrote the below message to the White House email list. Didn't get the message? Sign up for updates here.

Back in 2009, when the economy was in shambles, President Obama came to Elkhart, Indiana -- just weeks into his first term.

I wrote him a letter after seeing him speak that day. I shared my frustration over average, everyday people struggling to feed their families, pay their bills, and keep a roof over their head.

For me, this was personal. I am the mother of two teenage boys, three step-children and one grandson, and like many Americans, I work very hard to take care of my family.

My husband and I, along with help from our family, built our own house in 2002. But in 2009, the recession hit Indiana hard. We struggled to keep up with our mortgage payments, and feared we'd lose our home.

After months of dealing with my mortgage lender, I was able to get my mortgage modified under the Home Affordable Mortgage Program that President Obama implemented to help homeowners like us.

Here we are in 2016, and I am happy to say we still live in our home. Our financial situation has improved, and our future is promising. Without this program, I would not be able to say that today.

Today, President Obama is back here in Elkhart, Indiana to highlight the stories of people like us and talk about the economic progress we've made together since 2009. I hope you get a chance to watch his speech at 3:25 pm ET.

As our community struggled to recover from the economic crisis, I watched around me as people's lives crumbled and their credit scores plummeted. It was a deeper problem than not being able to pay their bills that month -- it affected their credit and their futures.

I believe that this country is full of hardworking people who sometimes need a little lift to keep moving forward. That's why I'm proud of the steps President Obama took to help Americans across the country weather that storm -- and so thankful he helped our family keep our home.

And today in Elkhart, I'm looking forward to telling him just that. I hope you can tune in at 3:25 pm ET.

Ahead of the President's speech, here's what you need to know about our economic progress. 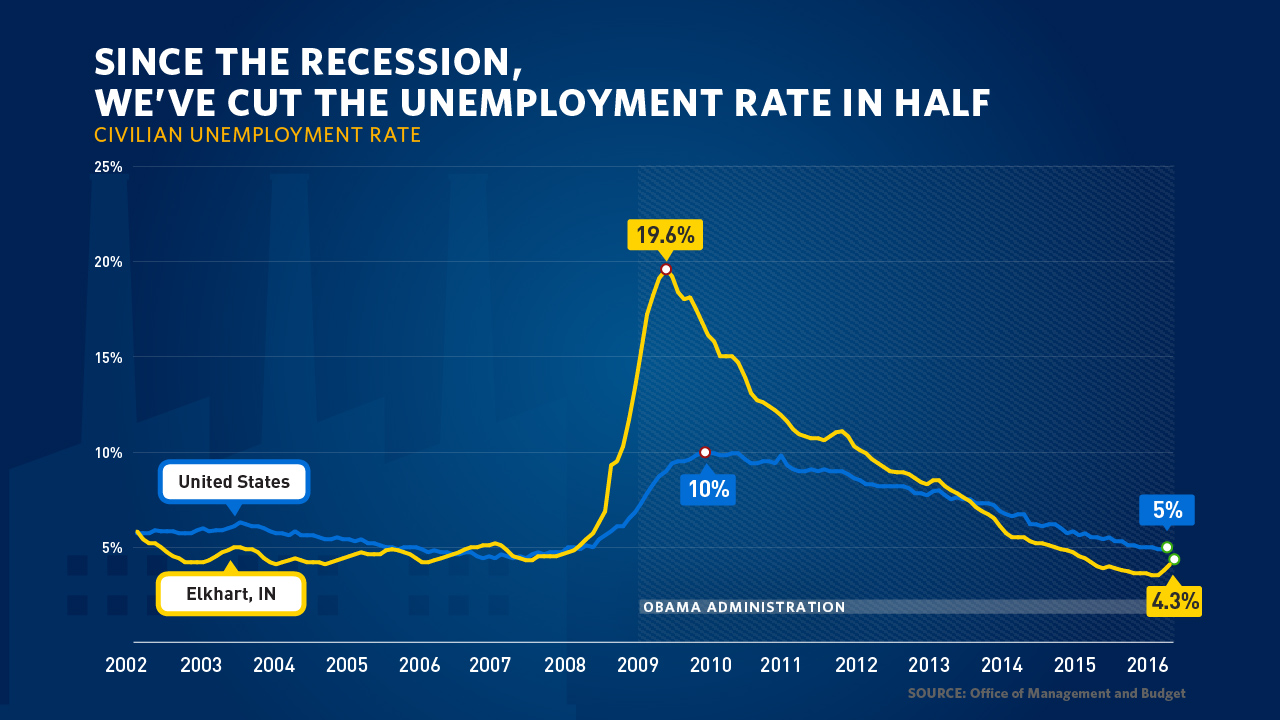 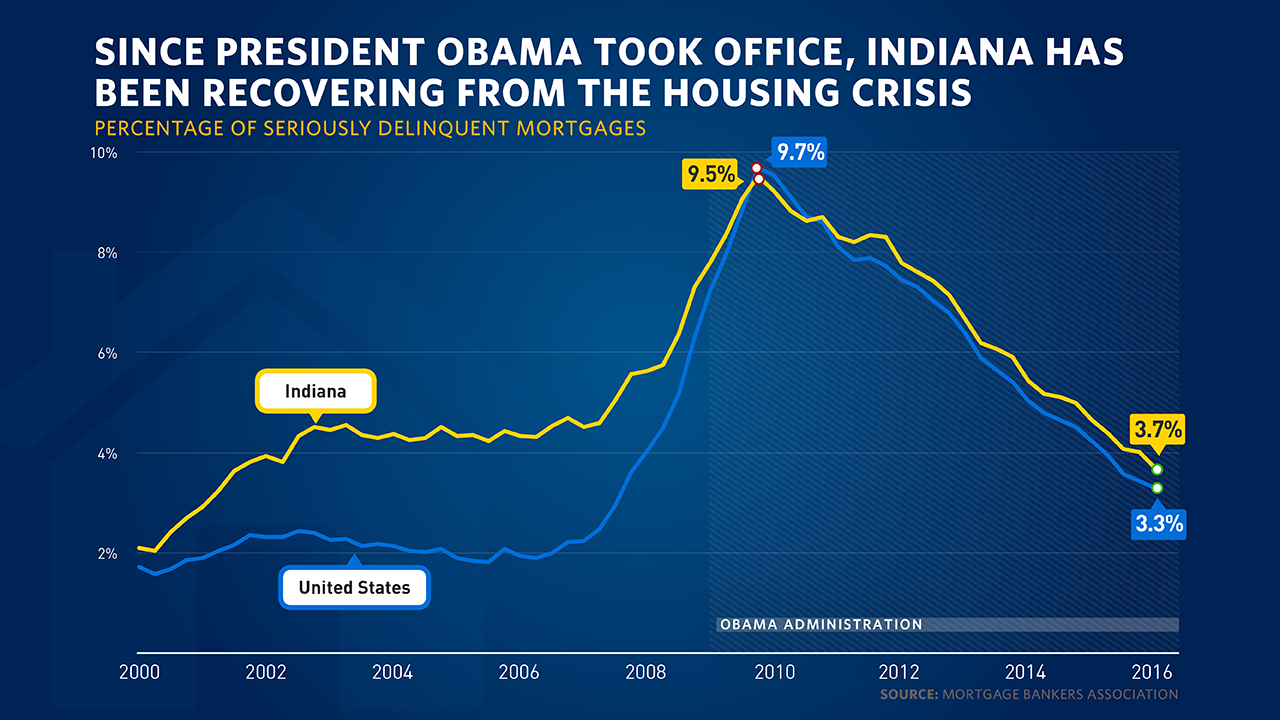 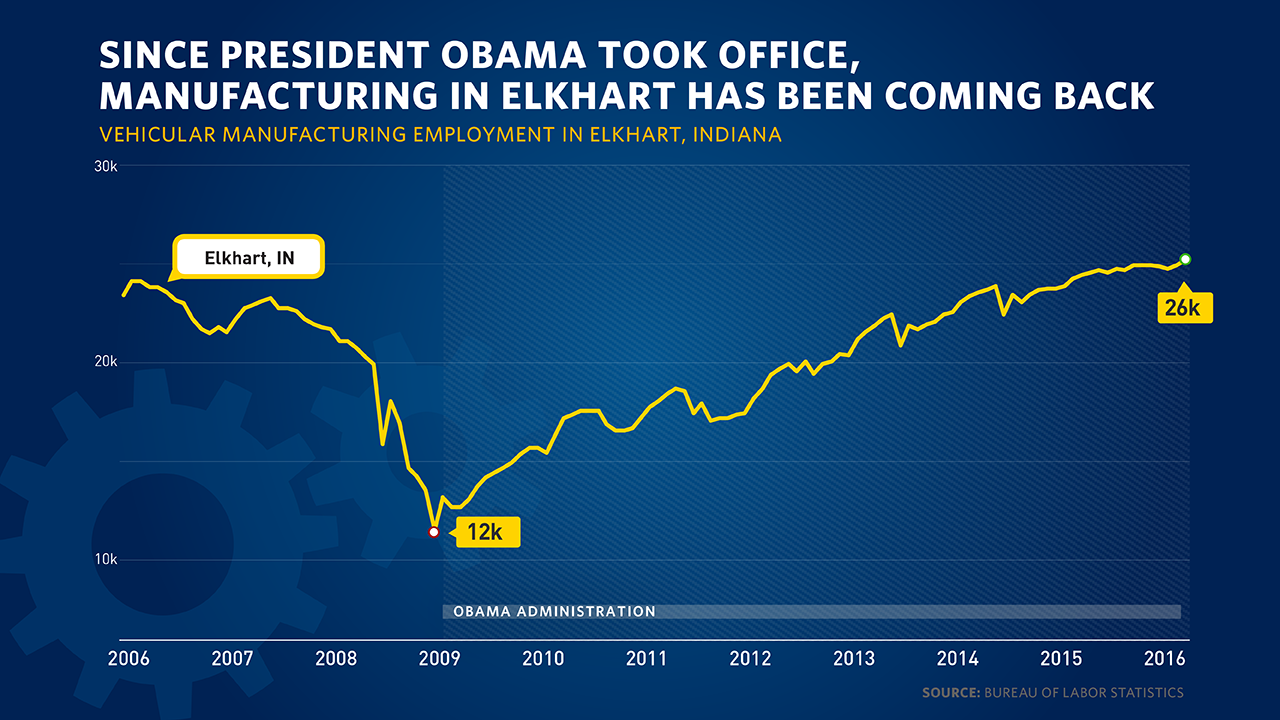 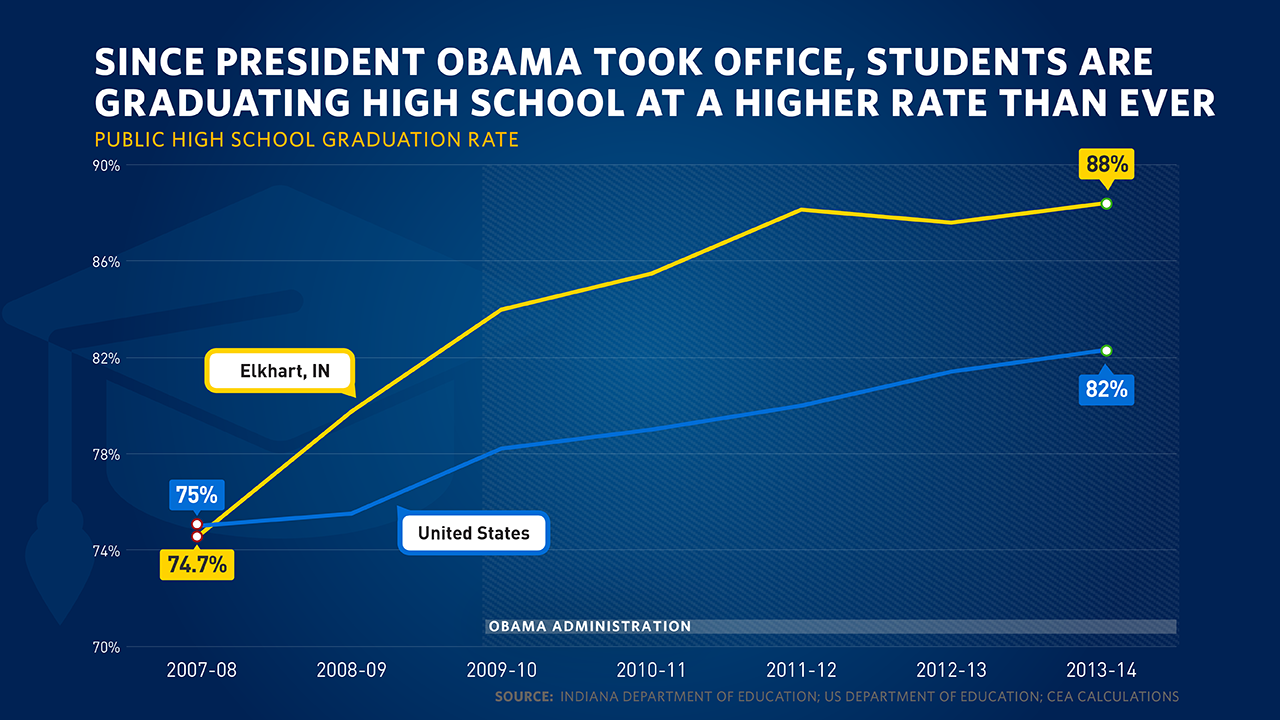 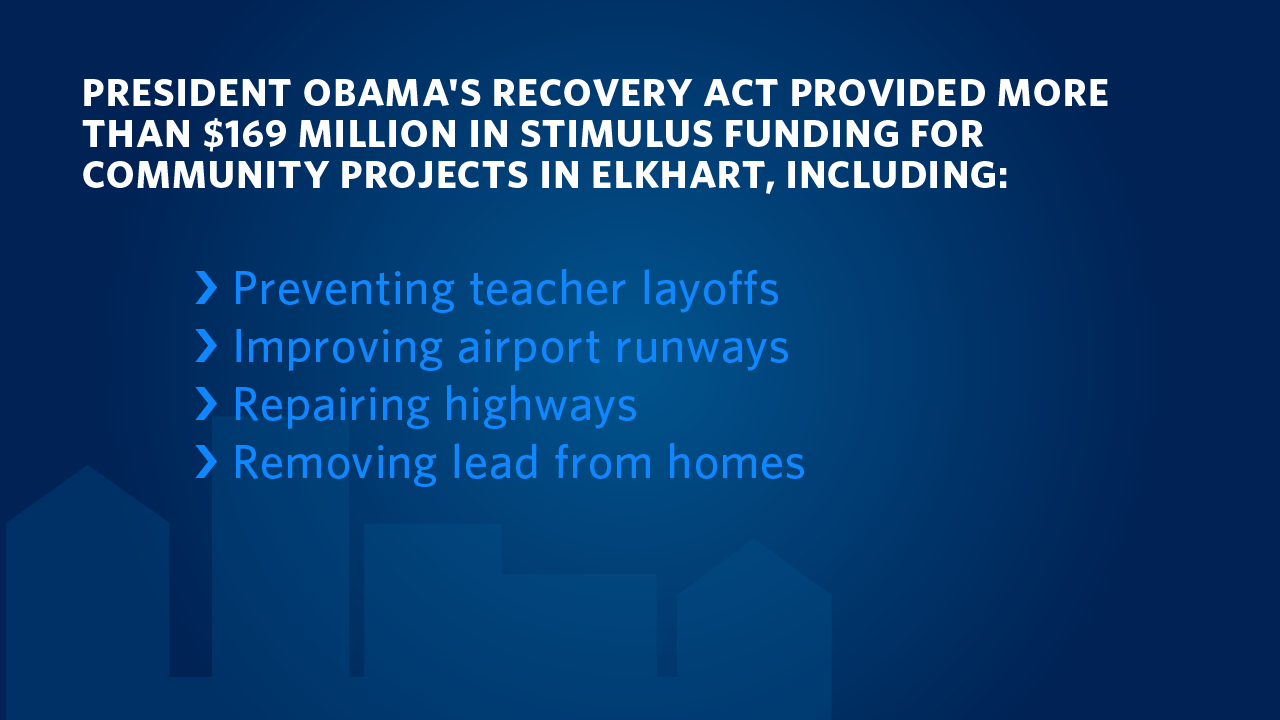 This evening, President Obama wrote the below message to the White House email list to announce his trip to Elkhart, Indiana on Wednesday, June 1st and reflect on the economic progress we've made in both Elkhart and across the country since he originally visited there in the first weeks of his presidency.

If you didn't get the email, make sure to sign up for updates -- and check back right here for updates on President Obama's trip to Elkhart.

Just three weeks into my presidency, I made a promise to the people of Elkhart, Indiana.

It was the first city I visited as President. Folks there had been hit harder by the recession than almost anywhere else in America. The unemployment rate was on its way to nearly twenty percent. Companies that had sustained that community for years were shedding jobs at an alarming speed -- and hardworking families were losing their homes and health care along with those jobs.

When I spoke to the people of Elkhart in February of 2009, I promised them that if we worked together, we could pull that community and this country out of the depths of recession -- that we could not only recover, but put ourselves on a better, stronger course.

Today, thanks to the hard work of people in Elkhart and in communities across the country, America has recovered from crisis and we’re on the cusp of resurgence.

That's why I'm going back to Elkhart next Wednesday -- to highlight the economic progress we’ve made and discuss the challenges that remain.

Today, Elkhart's manufacturing industry is back, and the town has regained nearly all of the jobs it lost during the downturn. The unemployment rate is lower than it was before the recession, and lower than the national average. In Indiana, more people have health insurance, and fewer homeowners are underwater.

This progress is thanks to the effort and determination of Americans like you. And it’s a result of the choices we made as a nation.

We still face some tough economic challenges, there’s no doubt about it. And all of us have to make some very important decisions about where we go from here.

That’s what I’m going to talk about when I return to Elkhart on Wednesday. I hope you'll tune in.

The story of Elkhart's recovery, in three charts