August 24, 2016 at 9:50 AM ET by Melanie Garunay
Twitter Facebook Email
Summary:
In honor of the 100th anniversary of the National Park Service, President Obama designated the Katahdin Woods and Waters National Monument. 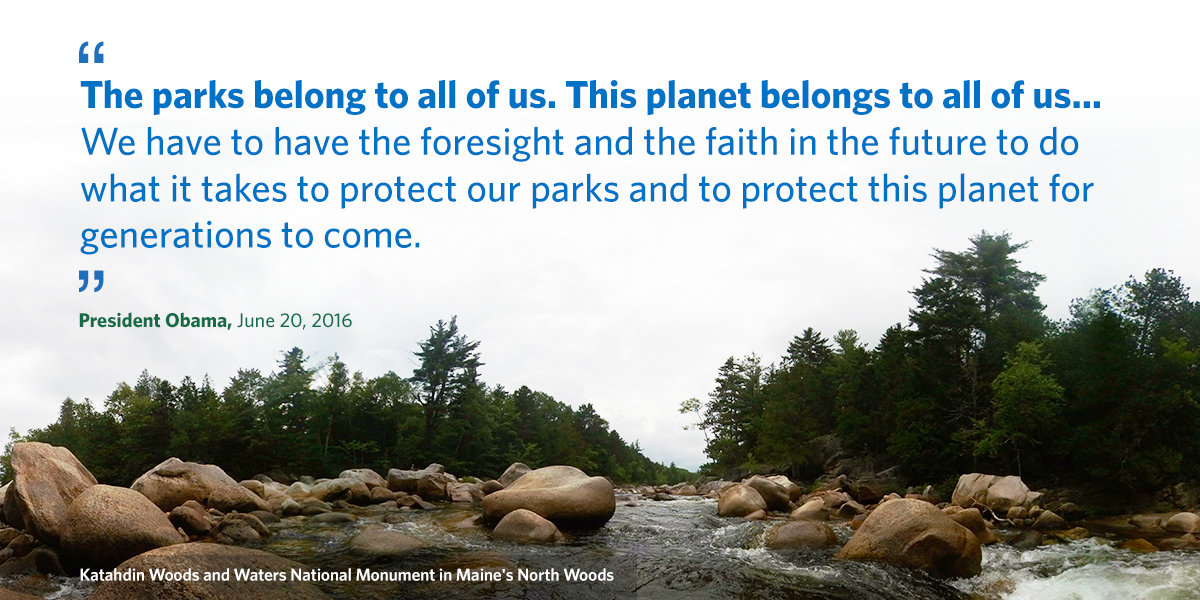 This week is the 100th anniversary of the creation of America's National Park Service, marking a time to reflect on the history of America's iconic landscapes and historical sites, and to take action that will inspire the next century of conservation and historic preservation.

In honor of this anniversary, President Obama is designating the Katahdin Woods and Waters National Monument -- a site that encompasses awe-inspiring mountains, forests, and waters of north-central Maine.

Learn more about our newest national monument and President Obama's record of conservation:

The new national monument will protect approximately 87,500 acres, including the stunning East Branch of the Penobscot River and a portion of the Maine Woods. In addition to protecting spectacular geology, significant biodiversity and recreational opportunities, the new monument will help support climate resiliency in the region. The protected area -- together with the neighboring Baxter State Park to the west -- will ensure that this large landscape remains intact, bolstering the forest’s resilience against the impacts of climate change.

Today's designation builds on the President's strong record of protecting our nation's natural resources. To date, he has permanently protected more than 265 million acres of America's public lands and waters -- more than any other president in history.

Here's a look at what President Obama has done to preserve the richness of our national parks and public lands for future generations: