Our Fight Against Violent Extremism 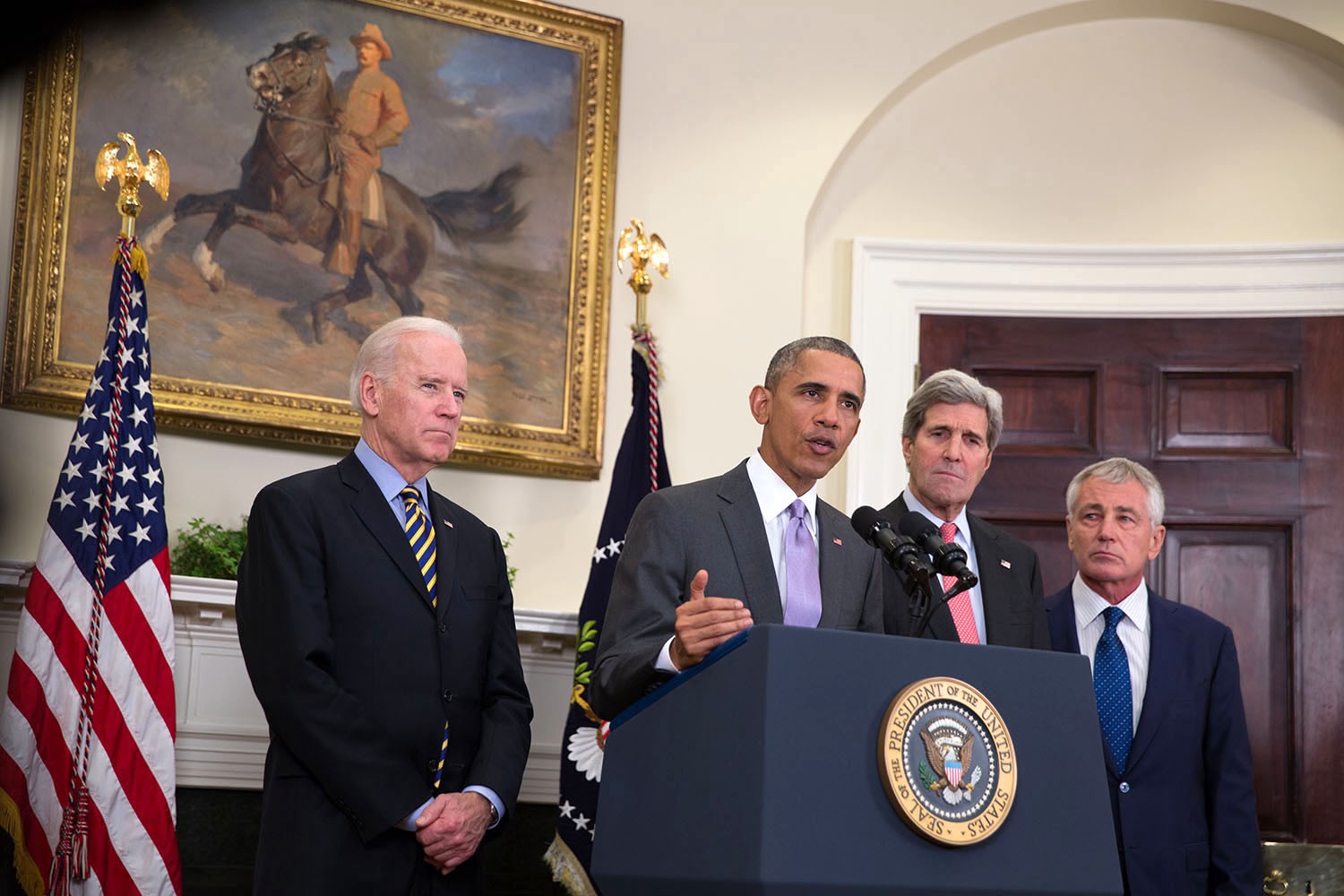 The United States has made significant gains against terrorism. We’ve decimated the core al Qaeda leadership, strengthened homeland security and worked to prevent another large-scale attack like 9/11.

At the same time, the threat has evolved. The al Qaeda affiliate in Yemen actively plots against us. Since 9/11, terrorists have murdered U.S. citizens overseas, including in the attacks in Benghazi, Libya. Here in the United States, Americans have been killed at Ft. Hood and during the Boston Marathon.

Our campaign to prevent people around the world from being radicalized to violence is ultimately a battle for hearts and minds.

In Syria and Iraq, the terrorist group we call ISIL has slaughtered innocent civilians and murdered hostages, including Americans, and has spread its barbarism to Libya with the murder of Egyptian Christians. In recent months, we’ve seen deadly attacks in Ottawa, Sydney, Paris and Copenhagen.

Elsewhere, the Pakistan Taliban massacred more than 100 schoolchildren and their teachers. From Somalia, al-Shabaab has launched attacks across East Africa. In Nigeria and neighboring countries, Boko Haram kills and kidnaps men, women and children.

In the face of this challenge, we must stand united internationally and here at home. We know that military force alone cannot solve this problem. Nor can we simply take out terrorists who kill innocent civilians. We also have to confront the violent extremists — the propagandists, recruiters and enablers — who may not directly engage in terrorist acts themselves, but who radicalize, recruit and incite others to do so.

This week, we’ll take an important step forward as governments, civil society groups and community leaders from more than 60 nations gather in Washington for a global summit on countering violent extremism. Our focus will be on empowering local communities.

Groups like al Qaeda and ISIL promote a twisted interpretation of religion that is rejected by the overwhelming majority of the world’s Muslims. The world must continue to lift up the voices of Muslim clerics and scholars who teach the true peaceful nature of Islam. We can echo the testimonies of former extremists who know how terrorists betray Islam. We can help Muslim entrepreneurs and youths work with the private sector to develop social media tools to counter extremist narratives on the Internet.

We know from experience that the best way to protect people, especially young people, from falling into the grip of violent extremists is the support of their family, friends, teachers and faith leaders. At this week’s summit, community leaders from Los Angeles, Minneapolis and Boston will highlight innovative partnerships in their cities that are helping empower communities to protect their loved ones from extremist ideologies.

More broadly, groups like al Qaeda and ISIL exploit the anger that festers when people feel that injustice and corruption leave them with no chance of improving their lives. The world has to offer today’s youth something better.

Governments that deny human rights play into the hands of extremists who claim that violence is the only way to achieve change. Efforts to counter violent extremism will only succeed if citizens can address legitimate grievances through the democratic process and express themselves through strong civil societies. Those efforts must be matched by economic, educational and entrepreneurial development so people have hope for a life of dignity.

Finally — with al Qaeda and ISIL peddling the lie that the United States is at war with Islam — all of us have a role to play by upholding the pluralistic values that define us as Americans. This week, we’ll be joined by people of many faiths, including Muslim Americans who make extraordinary contributions to our country every day. It’s a reminder that America is successful because we welcome people of all faiths and backgrounds.

That pluralism has at times been threatened by hateful ideologies and individuals from various religions. We’ve seen tragic killings at a Sikh temple in Wisconsin in 2012 and at a Jewish community center in Kansas last year.

We do not yet know why three young people, who were Muslim Americans, were brutally killed in Chapel Hill, N.C. But we know that many Muslim Americans across our country are worried and afraid. Americans of all faiths and backgrounds must continue to stand united with a community in mourning and insist that no one should ever be targeted because of who they are, what they look like, or how they worship.

Our campaign to prevent people around the world from being radicalized to violence is ultimately a battle for hearts and minds. With this week’s summit, we’ll show once more that — unlike terrorists who only offer misery and death — it is our free societies and diverse communities that offer the true path to opportunity, justice and dignity.

This post by President Obama first appeared in the Los Angeles Times.