The high school graduation rate has risen steadily over President Obama’s time in office, growing by about four percentage points since the 2010-2011 school year -- the first year all states used a consistent, four-year adjusted measure of high school completion. This increase reflects important progress schools across the country are making to better prepare students for college and careers after graduation.

In his speech at Benjamin Banneker Academic High School, President Obama will highlight investments and resources available for students to earn a degree beyond high school and all his Administration has accomplished to improve educational opportunities and outcomes for America’s learners, from cradle through career. He will also reflect on the work that continues, as we strive to ensure that every student has the chance to succeed in a 21st century economy.

Promising Gains for All Students

The 2014-2015 graduation rates released today show progress for all reported groups of students, including students of color, low-income students, students with disabilities, and English learners. Black, Hispanic, and Native American students continued to narrow the gap between their graduation rates and those of their white peers, even as all groups made progress: 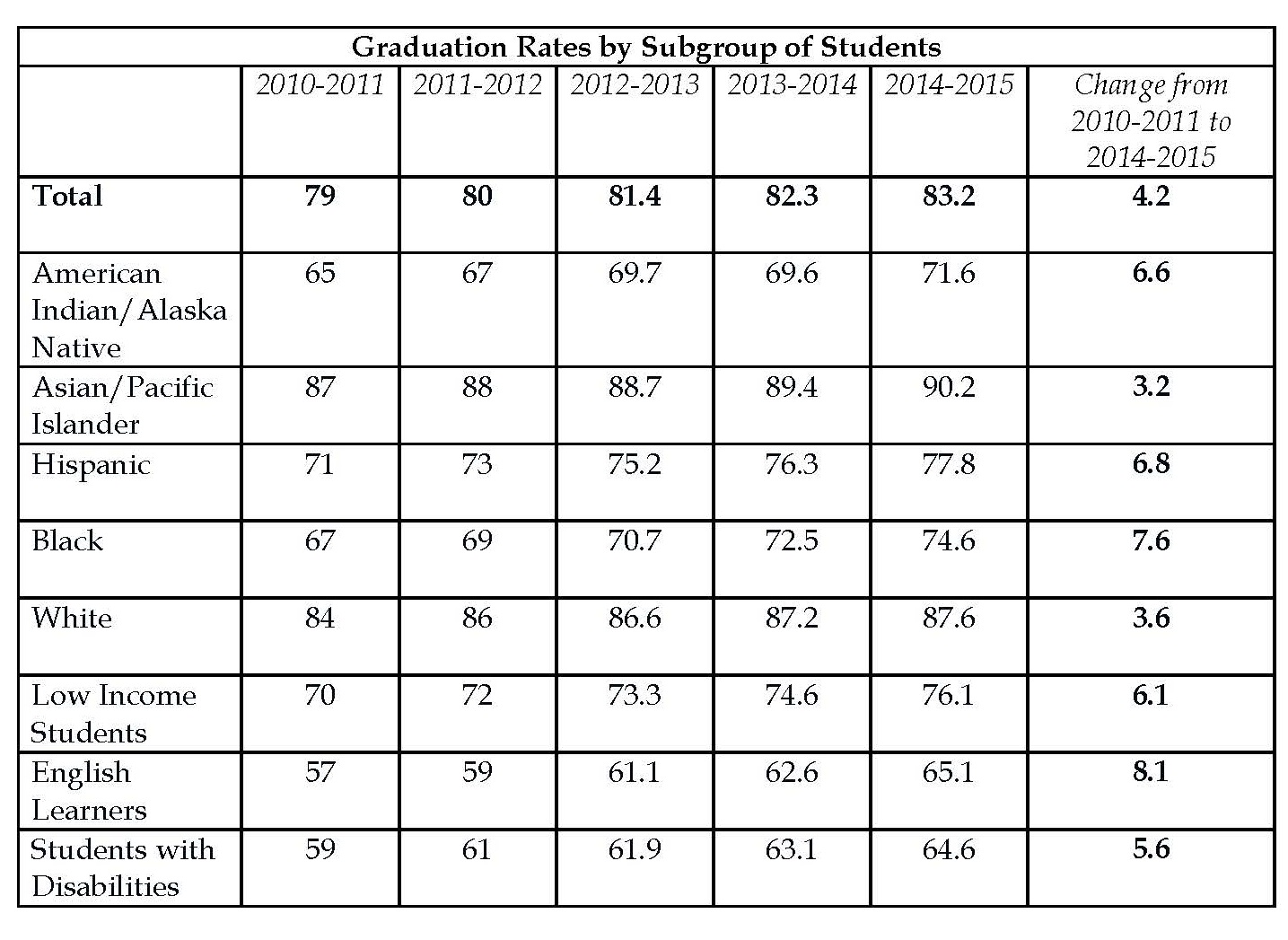 Nearly every state across the country has seen progress since 2010-2011. Between school years 2013-2014 and 2014-2015, the District of Columbia made the greatest amount of progress in the Nation, improving its graduation rates by seven percentage points. In 2010, the District of Columbia received support through Race to the Top – the Obama Administration’s signature education reform initiative. These reforms helped make important strides in implementing college and career-ready standards, improve teacher and principal effectiveness, and turn around some of the District’s lowest-performing schools. The District of Columbia is also a national leader in providing high-quality preschool, and leads the nation in the share of its youngest learners with access to free and publicly available early education.

In addition to reaching record graduation rates, the country has made real progress to increase educational opportunity and help students succeed since President Obama took office.

Key signs of progress include: