White House photo 2/24/09 by Joyce N. Boghosian
The President is gearing up to give his first address to a joint session of Congress tonight (it's not technically a State of the Union, since it's the first year of his administration).
Read an excerpt of his address below, and see the names of the Americans who will be seated in the First Lady’s box during the President’s remarks. 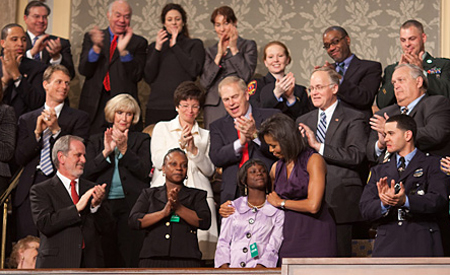