“Doctors have always recognized that every patient is unique, and doctors have always tried to tailor their treatments as best they can to individuals. You can match a blood transfusion to a blood type — that was an important discovery. What if matching a cancer cure to our genetic code was just as easy, just as standard? What if figuring out the right dose of medicine was as simple as taking our temperature?”
- President Obama, January 30, 2015

So what is Precision Medicine?

President Obama participates in a panel discussion moderated by Dr. James Hamblin of The Atlantic on the importance of PMI at the White House, February 25, 2016.

It's health care tailored to you.

In his 2015 State of the Union address, President Obama announced that he's launching the Precision Medicine Initiative — a bold new research effort to revolutionize how we improve health and treat disease.

Until now, most medical treatments have been designed for the “average patient.” As a result of this “one-size-fits-all” approach, treatments can be very successful for some patients but not for others. Precision Medicine, on the other hand, is an innovative approach that takes into account individual differences in people’s genes, environments, and lifestyles. It gives medical professionals the resources they need to target the specific treatments of the illnesses we encounter, further develops our scientific and medical research, and keeps our families healthier.

Advances in Precision Medicine have already led to powerful new discoveries and several new treatments that are tailored to specific characteristics, such as a person’s genetic makeup, or the genetic profile of an individual’s tumor. This is helping transform the way we can treat diseases such as cancer: Patients with breast, lung, and colorectal cancers, as well as melanomas and leukemias, for instance, routinely undergo molecular testing as part of patient care, enabling physicians to select treatments that improve chances of survival and reduce exposure to adverse effects.

And we’re committed to protecting your privacy every step of the way. The White House is working with the Department of Health and Human Services and other federal agencies to solicit input from patient groups, bioethicists, privacy and civil liberties advocates, technologists, and other experts, to help identify and address any legal and technical issues related to the privacy and security of data in the context of Precision Medicine.

Get more facts about the Precision Medicine Initiative here.

What is the Precision Medicine Initiative?

To enable a new era of medicine through research, technology, and policies that empower patients, researchers, and providers to work together toward development of individualized care.

The future of precision medicine will enable health care providers to tailor treatment and prevention strategies to people’s unique characteristics, including their genome sequence, microbiome composition, health history, lifestyle, and diet. To get there, we need to incorporate many different types of data, from metabolomics (the chemicals in the body at a certain point in time), the microbiome (the collection of microorganisms in or on the body), and data about the patient collected by health care providers and the patients themselves. Success will require that health data is portable, that it can be easily shared between providers, researchers, and most importantly, patients and research participants.

Agencies across the Federal government are doing important work to support the President’s vision. This is an “all of government” effort, leveraging the unique expertise and history of each agency to carry forward the President’s vision of individualized treatments for every American. Here’s how each participating agency is moving ahead to implement PMI:

VA continues to expand the Million Veteran Program through enrollment of Veteran volunteers and planned collaborations with DOD. In addition, VA has funded eight scientific projects that will utilize the MVP resource.

DoD is partnering with VA to facilitate the enrollment of active duty men and women into MVP. This collaboration will enhance the quality of data available to both VA and DoD, as well as the natural progression from active duty military to veteran status.

The White House is unveiling final Privacy and Trust Principles for the Precision Medicine Initiative (PMI). The principles provide broad guidance for future PMI activities regarding: governance; transparency; participant empowerment; respect for participant preferences; data sharing, access, and use; and data quality and integrity. The principles articulate a set of core values and responsible strategies for sustaining public trust and maximizing the benefits of precision medicine.


Read the summaries below or read the whole report here

Building trust and accountability through transparency

Participant-contributed data is the foundational asset of PMI, and participants deserve assurance that it is being protected. This requires not only clear privacy protections but strong and adaptable security policies and practices. Building from the existing PMI Privacy and Trust Principles, the Data Security Policy Principles and Framework offers security policy principles and a framework to guide decision-making by organizations conducting or participating in precision medicine activities. Recognizing that there is no “one size fits all” approach to managing data security, this document provides a framework for protecting participants’ data and resources in an appropriate and ethical manner that can be tailored to meet organization-specific requirements.


Read the summaries below or read the whole document here

The following overarching principles are intended to guide organizations in developing and implementing an appropriate security plan. PMI organizations should, at a minimum:

Tell us about your activities to support and advance the Precision Medicine Initiative:

We’re looking to a broad range of stakeholders to learn about new or expanded initiatives and programs aimed at enabling new ways to improve health and treat disease – and ways to use this information to inform our precision medicine efforts going forward.

We know of exciting work in each of the key areas listed below, and are looking for additional examples of these types of efforts. These initiatives could include:

Precision Medicine is already saving lives. Read the stories of some of the people that have benefited from this new approach: 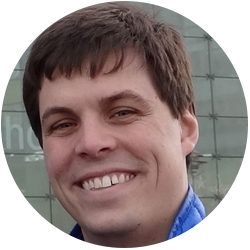 William Elder, Jr. was diagnosed with cystic fibrosis (CF) at the age of eight, when the life expectancy for CF patients was very low. Now at 27, Bill is alive thanks to Kalydeco, a treatment of a particular form for his cystic fibrosis and a remarkable drug that treats the underlying cause of his CF, rather than the symptoms.

At a congressional briefing in 2013, Bill told members of the U.S. Senate that just knowing that there were individuals who were researching his condition gave him hope and the strength to continue his treatments and work to be healthier every day. Bill described waking up in the middle of the night after taking his new treatment for the first time. “I sat on the floor of my room for a while slowly breathing in and out through my nose, and then I realized that was it. I had never been able to easily breathe out of my nose before. This was something profound,” he said. He recalls telling his parents, "For the first time in my life, I truly believe that I will live long enough to be a grandfather.” 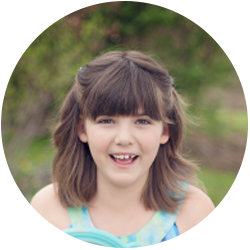 At age six, Emily Whitehead was the first pediatric patient to be treated with a new kind of cancer immunotherapy and was cancer free only 28 days later. “If you didn’t know what happened to her, and you saw her now, you would have no idea what she has been through,” says Emily's Mom.

Her parents decided to enroll her in a pioneering cancer immunotherapy trial at the Children’s Hospital of Philadelphia. Emily’s T-cells were collected from her blood and re-engineered in the lab to recognize a protein found only on the surface of leukemia cells. Those T-cells were then infused back into Emily’s blood, where they circulated throughout her body on a mission to seek and destroy her leukemia. Knowing how to turn these T-cells into what Emily called “ninja warriors” required big investments in basic biomedical research. In fact, Science Magazine named it a 2013 Breakthrough of the Year — Emily's family couldn't agree more. 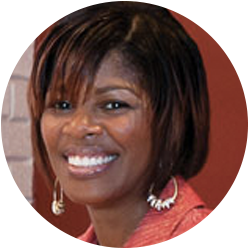 Melanie Nix's family has a history of breast cancer — a history that Melanie couldn't escape when she tested positive for the BRCA gene mutations linked to breast cancer in 2008. After 16 rounds of chemotherapy and breast reconstruction surgery, she had to have both ovaries removed to further reduce risks of cancer in the future. But Melanie is now cancer free thanks to precision medicine.

Melanie's positive test results for the BRCA gene mutations instantly concerned her medical team. BRCA gene mutations are linked to breast and ovarian cancers. Further tests confirmed that she had triple-negative breast cancer, a very aggressive form of breast cancer that disproportionately affects African-American women. Her best chance for cancer-free survival was to have a bilateral mastectomy. Melanie says that this type of tailored treatment gave her hope. "Precision medicine offers the hope that by the time my daughter is at an age when she considers genetic testing, new, targeted treatments will be available to give her additional choices for preserving her health," she said. 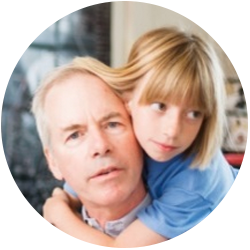 Beatrice Rienhoff's eyes were spaced wider than usual, her leg muscles were weak, and she couldn't gain weight. Her father, a trained clinical geneticist, took notice and wanted to help. After six years, he and his team of scientific volunteers identified the cause of her condition.

Beatrice's original medical team had thought her condition resembled Marfan syndrome, a genetic disorder that can cause tears in the human heart. It's typically a fatal syndrome. However, the doctors couldn't fully diagnose Beatrice with Marfan — or any other known disease. Acting as "Super Dad," Hugh lead his team to identifying a variant responsible for his daughter's condition and this research gave rise to the description of a whole new syndrome. The team continues to use precision medicine to learn more about the new syndrome and further study genetic variation to help those like his daughter. Today, Beatrice is living a full life. 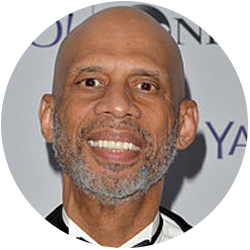 Six-time NBA Most Valuable Player, Kareem Abdul-Jabbar was diagnosed with a form of leukemia in 2008. Known to be lethal, leukemia is a cancer of the blood and bone marrow. It caused the basketball great to slow down, fall ill, and worry. A few years later, he credits precision medicine for helping him to be well today.

The Precision Medicine Initiative: Data-Driven Treatments as Unique as Your Own Body

Precision Medicine Is Already Working to Cure Americans: These Are Their Stories

Next Steps in Developing the Precision Medicine Initiative

The Precision Medicine Initiative: Data-Driven Treatments as Unique as Your Own Body

President Obama on the Benefits of Precision Medicine

Remarks by the President in Precision Medicine Panel Discussion

Get the latest news 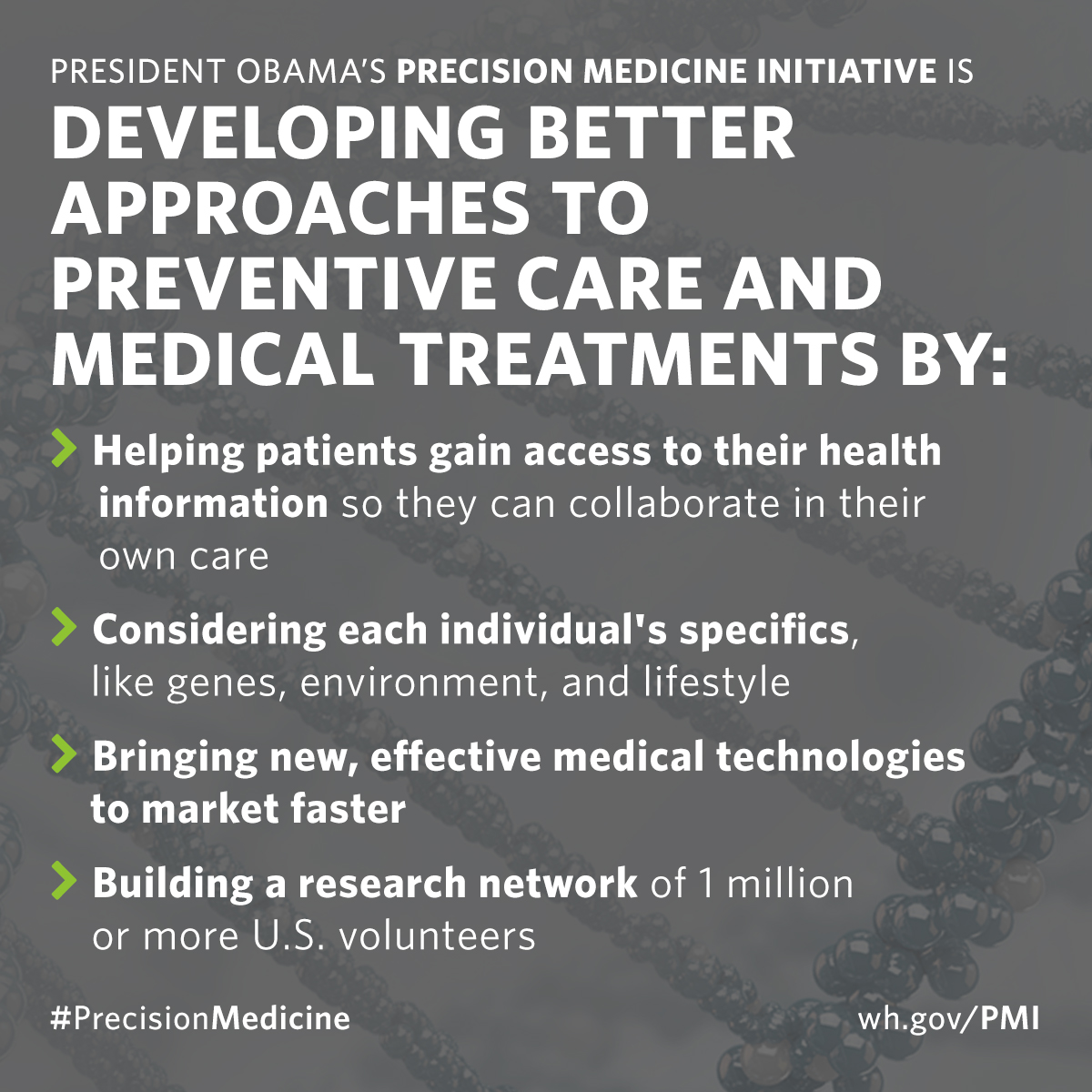 "My administration announced the #PrecisionMedicine Initiative to advance our ability to tailor health care" —@POTUS https://t.co/Glw3uiKKMK