Charting a New Course on Cuba

We are separated by 90 miles of water, but are brought together through shared relationships and the desire to promote a democratic, prosperous, and stable Cuba. President Obama is taking action to cut loose the anchor of failed policies of the past, and to chart a new course in U.S. relations with Cuba.

On March 20, the President and the First Lady traveled to Havana, Cuba in his continued efforts to engage and empower the Cuban people.

And make sure you get the full story from Ben on how we got to this historic point here — then follow him on Twitter, @Rhodes44, to get the latest on the road to Cuba.

¡Hola desde Cuba! Michelle, the girls, and I are here in Havana on our first full day in Cuba. It’s humbling to be the...

Changing Course in Cuba: The Progress We've Made Since 2014

On December 17, 2014, President Obama announced that he was rejecting the failed, Cold War-era policy era of the past to chart a new course in Cuba. Check out the progress we've made in normalizing relations with a country just 90 miles off our coast.

Decades of U.S. isolation of Cuba have failed to accomplish our objective of empowering Cubans to build an open and democratic country. At times, longstanding U.S. policy towards Cuba has isolated the United States from regional and international partners, constrained our ability to influence outcomes throughout the Western Hemisphere, and impaired the use of the full range of tools available to the United States to promote positive change in Cuba. Though this policy has been rooted in the best of intentions, it has had little effect – today, as in 1961, Cuba is governed by the Castros and the Communist party.

We cannot keep doing the same thing and expect a different result. It does not serve America’s interests, or the Cuban people, to try to push Cuba toward collapse. We know from hard-learned experience that it is better to encourage and support reform than to impose policies that will render a country a failed state. We should not allow U.S. sanctions to add to the burden of Cuban citizens we seek to help.

Since the President took office in 2009, he has taken steps to support the ability of the Cuban people to gain greater control over their own lives and determine their country’s future.

Now, the President is taking the next steps to renew our leadership in the Americas, end our outdated approach on Cuba, and promote more effective change that supports the Cuban people and our national security interests.

Here’s what the President’s new approach will do:

Support for the Cuban people

Learn more about the steps President Obama is taking to improve U.S. and Cuban relations here.

A critical focus of these actions will include continued strong support for improved human rights conditions and democratic reforms in Cuba. The promotion of democracy supports universal human rights by empowering civil society and a person’s right to speak freely, peacefully assemble, and associate, and by supporting the ability of people to freely determine their future. The U.S. efforts are aimed at promoting the independence of the Cuban people so they do not need to rely on the Cuban state.

The U.S. Congress funds democracy programming in Cuba to provide humanitarian assistance, promote human rights and fundamental freedoms, and support the free flow of information in places where it is restricted and censored. The Administration will continue to implement U.S. programs aimed at promoting positive change in Cuba, and we will encourage reforms in our high level engagement with Cuban officials.

The United States encourages all nations and organizations engaged in diplomatic dialogue with the Cuban government to take every opportunity both publicly and privately to support increased respect for human rights and fundamental freedoms in Cuba.

Ultimately, it will be the Cuban people who drive economic and political reforms. That is why President Obama took steps to increase the flow of resources and information to ordinary Cuban citizens in 2009, 2011, and today. The Cuban people deserve the support of the United States and of an entire region that has committed to promote and defend democracy through the Inter-American Democratic Charter. 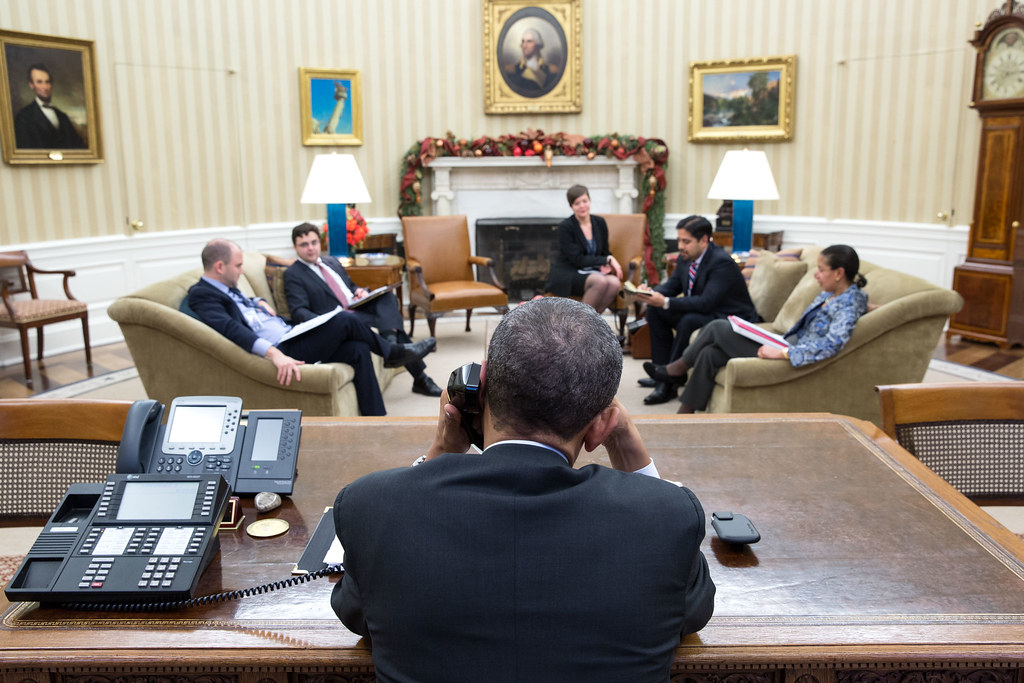