President Obama has fought to achieve a simpler and fairer tax code that ends tax breaks and tax loopholes for wealthy Americans while helping paychecks go further for middle-class and working families.

We have to set priorities. If we want a strong middle class, then our tax code must reflect our values.
President Obama

President Obama has passed wide-ranging tax relief for working families and small businesses — the drivers of economic growth — while also ending tax cuts for the top 2 percent highest-income Americans. But despite this progress, the tax code is still too complicated and full of inefficient loopholes and tax breaks that mostly benefit the wealthy. The President has proposed to simplify our tax code, make it fairer by eliminating large, unfair tax loopholes, and reinvest the savings in measures that will grow the economy and expand opportunity. The President's plan would make paychecks go further in covering the costs of child care, college, and a secure retirement, and would create and improve tax credits that support and reward work.

Tax Cuts for the Middle Class

As a result, middle-class taxes are at historically low levels, with the typical middle-income family paying lower federal income taxes than in almost any other period in the last 60 years. Relative to the tax code in place before the Administration, in 2016 the after-tax income of families in the lowest fifth of the income distribution has increased by more than 6 percent on average — a more than $850 boost — due to the policies enacted since 2009. 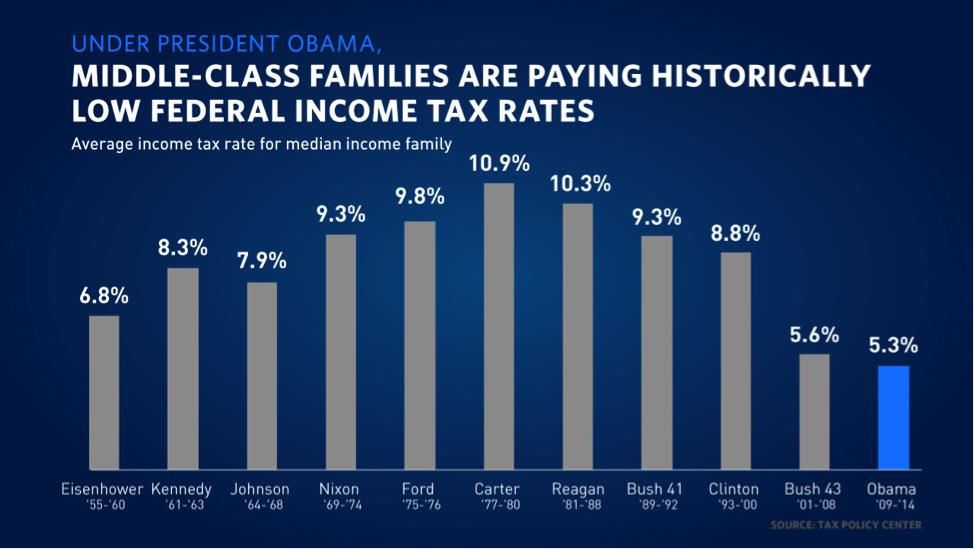 At the same time, high-income earners are paying significantly more of their fair share. After the President successfully fought to reverse tax cuts for the highest-income Americans beginning in 2013: 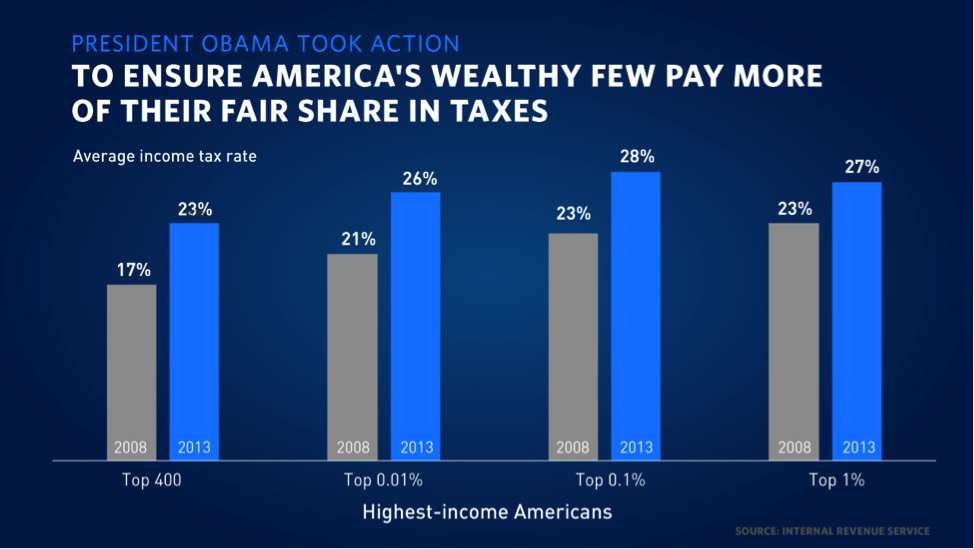 Read more about the progress under President Obama in making the tax code fairer.

Despite the progress that has been made, middle-class families today still bear too much of the tax burden because of unfair loopholes that are only available to the wealthy and big corporations.

In his 2015 State of the Union Address, the President proposed a plan to simplify our complex tax code for individuals, make it fairer by eliminating some of the biggest loopholes, and use the savings to responsibly pay for the investments we need to help middle-class families get ahead and grow the economy. The President’s plan would help the paychecks of middle-class and working families go further through the following tax cuts and simplifications: 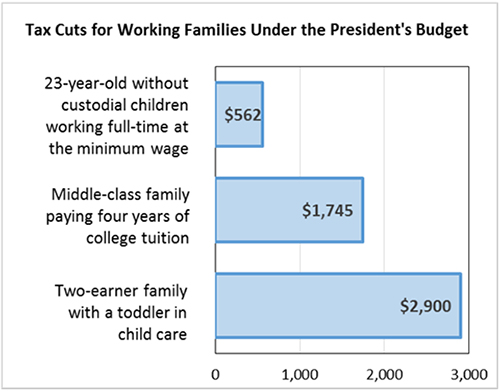 Learn more about the President’s tax plan to help middle-class and working families get ahead.

Investing in America’s Infrastructure and Reforming Our Business Tax System

In addition, the President has put forward a robust framework for fixing the business tax system that is aimed at promoting growth and job creation here in the United States and that ends loopholes that reward companies for moving jobs and profits overseas. The President’s plan would: