VA, DoD Coming to Grips with the Mental Health Costs of War

October 29, 2009 at 1:45 PM ET by Brandon Friedman
Twitter Facebook Email
Summary:
Brandon Friedman, Director of New Media at the US Department of Veterans Affairs and a veteran of Iraq and Afghanistan, discusses the toll war can take on our troops and what VA and DoD are doing to remedy the problem. 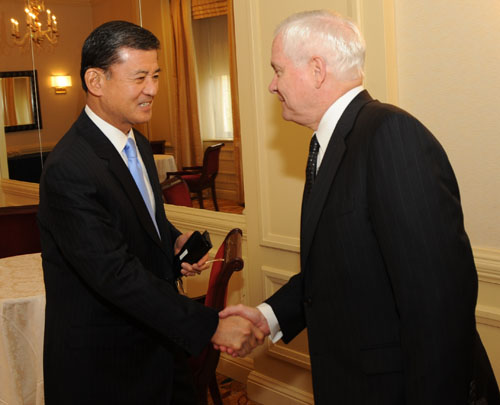 When troops leave the active military after service in Iraq and Afghanistan, many find themselves lost in a blur of reality shows and superficiality—in a world where nothing explodes but tempers, and in a place where the rush of combat is soon dulled by the slow drip of alcohol.  The symptoms of most Veterans might not be so pronounced, but there’s always someone living through this.

For my part, when I returned home in 2004, I sympathized with Martin Sheen in the opening scene of Apocalypse Now—though, in my case, I made post-combat stress look way less cool.  And while I never punched a mirror, I learned quickly that I wasn’t immune from the foundation-shaking effects that war can have on the mind.

The problem of post-traumatic stress is new for neither Veterans, nor for the Departments of Defense and Veterans Affairs.  However—from “soldier’s heart” after the Civil War to “shell shock” to “combat fatigue”—the services have typically handled PTSD only to the point that it doesn’t boil over into a major social or political problem.  And while that’s been good enough for many, it hasn’t been good enough for America’s combat Veterans.

However, that’s why DoD and VA are now coming together to not only seek practical solutions to mental injuries, but to de-stigmatize them as well.  This week, for the first time, the departments are holding a joint national summit meant to harness “the programs, resources and expertise of both departments to deal with the aftermath of the battlefield.”

In his opening remarks at the event, VA Secretary Eric Shinseki noted that “as a provider of mental health services, VA is challenging all of our assumptions about mental health care.  We are undergoing a fundamental and comprehensive review of our programs to see that our approaches are Veteran-centric, uniform, and accessible.”  But, he continued, “VA does not operate in a vacuum.  Our collaboration with DoD is mission-critical because we share the same clients—the same population—at different stages in their lives.  There can be no ‘seamless transition’ or ‘continuum of care’ without serious and high-quality collaboration between both departments.”

And that collaboration, according to Defense Secretary Robert Gates is something that has, thus far been lacking.

As a Veteran myself, of course, I’m happy to see these steps being taken and I’ve been happy to attend.  But much work remains to be done in terms of turning the dialogue at the summit into real change.  I’m confident, however, that we’re now at a point where that can happen—primarily because both Secretaries understand that such change much start at the top with leaders who are willing to set the example.

Because, in reality, for the ideas from this summit filter down through the ranks, troops must be made to feel comfortable talking about and seeking assistance for these injuries.  And if a company commander or a squad leader says it’s okay, then a young PFC coming off his or her first deployment, will be more at ease. And it is there—in the heart of military culture—where the real solution lies.  Because, ultimately, it is those in uniform who will change the way America—and its military class—views mental injuries sustained in combat.

Both the military and the nation at large have far to go in terms of treating and de-stigmatizing the mental wounds of war, but any first step in a comprehensive process must include joint efforts on the part of VA and DoD.  And now that Secretaries Shinseki and Gates are driving the dialogue between the medical field and ground combat commanders, that step has been taken.

We as troops, Veterans, and family members—just need to keep it going.

Brandon Friedman is the Director of New Media at the U.S. Department of Veterans Affairs. He is a veteran of Iraq and Afghanistan.