October 29, 2009 at 3:58 PM ET by Jesse Lee
Twitter Facebook Email
Summary:
This afternoon the President took to the South Court of the Eisenhower Executive Office Building to speak about small business. And as important to the identity and history of America as small businesses are in their own right, it is also the case that they are at the heart of the two issues dominating the news today.
[[nid:5850]]

This afternoon the President took to the South Court of the Eisenhower Executive Office Building to speak about small business. And as important to the identity and history of America as small businesses are in their own right, it is also the case that they are at the heart of the two issues dominating the news today.

The first issue is today’s encouraging news regarding the growth in Gross Domestic Product, as discussed by CEA Chair Christina Romer this morning. As stark a turnaround as this news represents from the past year, it will be in large part small business who convert this growth into actual jobs over the coming months, and indeed it can’t be said enough how much work there is left to do.

The second issue is the one we have heard so much about over the past months: health insurance reform. But now, with the smoke of the partisan attacks and bickering having begun to clear, it is worth thinking again about the very real and very positive impact reform can have on small business – an impact also fleshed out this morning in a new report posted here.

The President’s word on the GDP numbers:

I am gratified that our economy grew in the third quarter of this year.  We've come a long way since the first three months of 2009, when our economy shrunk by an alarming 6.4 percent.  In fact, the 3.5 percent growth in the third quarter is the largest three-month gain we have seen in two years.  This is obviously welcome news and an affirmation that this recession is abating and the steps we've taken have made a difference.

But I also know that we got a long way to go to fully restore our economy and recover from what's been the longest and deepest downturn since the Great Depression.  And while this report today represents real progress, the benchmark I use to measure the strength of our economy is not just whether our GDP is growing, but whether we're creating jobs, whether families are having an easier time paying their bills, whether our businesses are hiring and doing well.  And that's what I'm here to talk with you about today.

And an excerpt on health insurance reform:

We all know that family premiums have skyrocketed more than 130 percent over the past decade.  They have more than doubled.  But small businesses have been hit harder than most.  A story in the paper just the other day said that many small businesses may see their premiums rise about 15 percent over the coming year -- twice the rate they rose last year.  And in part because small businesses pay higher administrative costs than larger ones, your employees pay up to 18 percent more in premiums for the very same health insurance.

In one national survey, nearly three-quarters of small businesses that don't offer benefits cited high premiums as the reason -- and that's not surprising.

Just this morning, the House of Representatives released its version of health reform legislation, and I want to commend Nancy Pelosi and the Democratic Caucus for their leadership in achieving this critical milestone.  They forged a strong consensus that represents a historic step forward.  This bill includes reforms that will finally help make quality insurance affordable.  Importantly, this bill is also fully paid for and will reduce the deficit in the long term.

Now, there is no doubt that this legislation, and the legislation that's being drafted in the Senate, would benefit millions of small businesses.  It's being written with the interests of Americans like you and your employees in mind.

And yet, there are those who have a vested interest in the status quo who are claiming otherwise, and they're using misleading figures and disingenuous arguments.  So I want to try to explain as clearly as I can exactly what health reform would mean for small business owners like you and the workers you employ.

The first thing I want to make clear is that if you are happy with the insurance plan that you have right now, if the costs you're paying and the benefits you're getting are what you want them to be, then you can keep offering that same plan.  Nobody will make you change it.

What we will do is make the coverage that you're currently providing more affordable by offering a tax credit to small businesses that are trying to do the right thing and provide coverage for their employees.  Under the House and Senate bills, millions of small businesses would be eligible for a tax credit of up to 50 percent of their premiums.  That's in the legislation that's already been proposed. 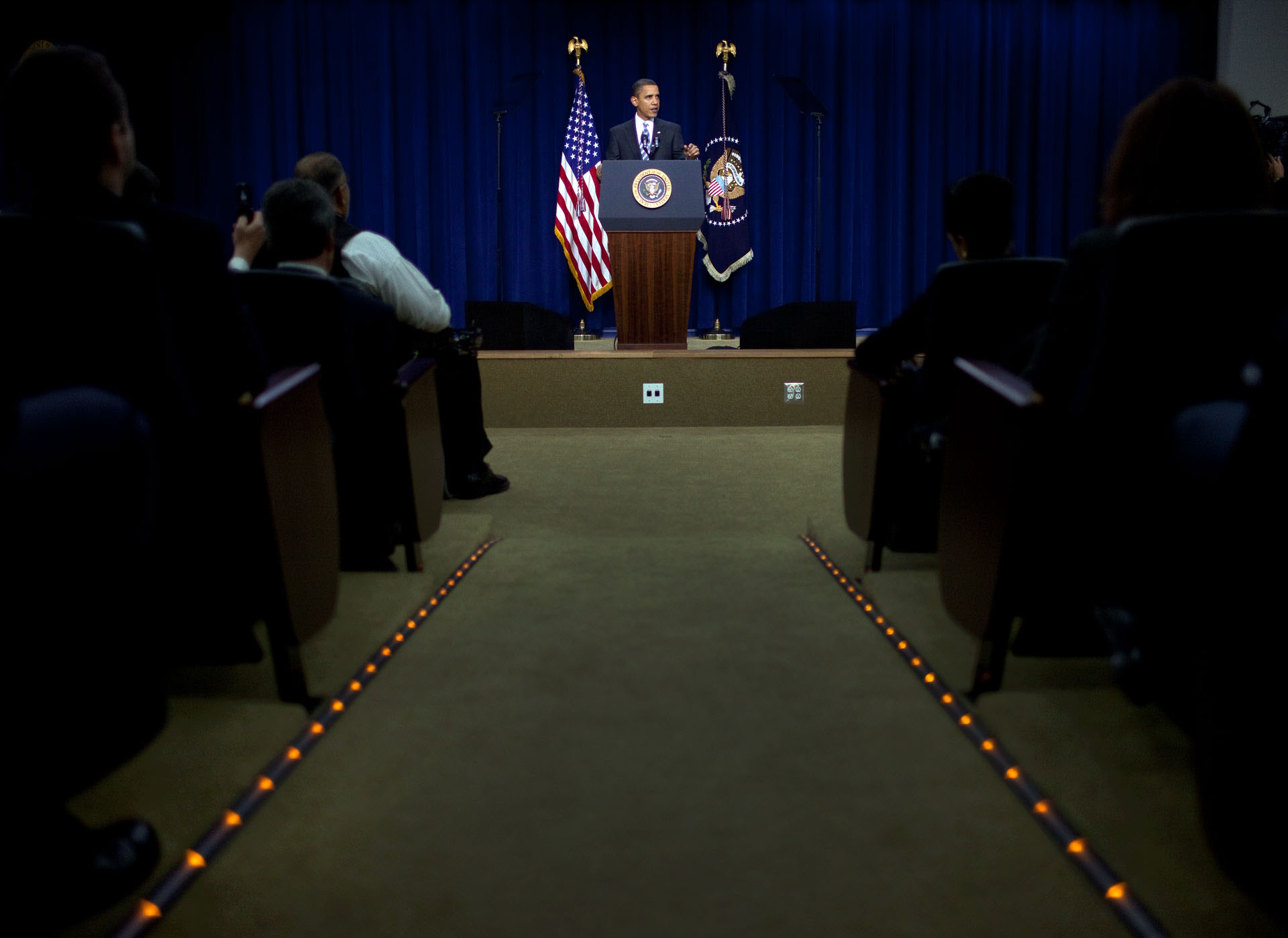