November 5, 2009 at 2:18 PM ET by Arne Duncan
Twitter Facebook Email
Summary:
Secretary Duncan connects American and Jordanian Students, advancing President Obama's promise of making it easier for "a teenager in Kansas to communicate instantly with a teenager in Cairo."

In President Obama's address to the Muslim world delivered from Cairo in June, he called for the creation of an online network so "a teenager in Kansas can communicate instantly with a teenager in Cairo."

Yesterday, teenagers from Washington, DC and Amman did exactly that. 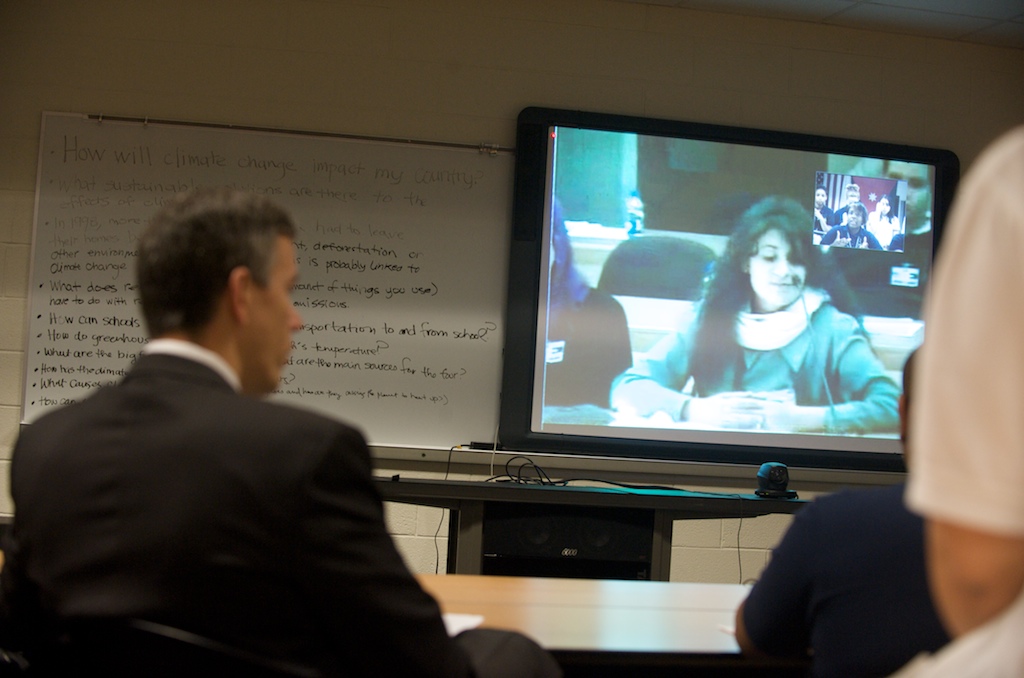 Dr. Waleed Al-Ma'ani, the Jordanian Minister of Education and I moderated a discussion by a dozen students from Bell Multicultural Early College High School in Washington and their counterparts in Jordan via videoconference.

Before this dialogue, the students were asked to identify a common challenge facing students in America and Jordan. The American and Jordanian students chose climate change. They corresponded before the event, writing questions to ask each other and sharing their research. The students from both countries were well-prepared and thoughtful in speaking to climate change and encouraging to each other when it was their turn to speak.

I was impressed by how quickly the students recognized the challenges climate change is presenting both countries and their individual lives.

At the end of the discussion, the students asked each other how they could keep up the dialogue. They talked about setting up a Facebook group for themselves and they made plans for a second videoconference in June. They're also talking about a joint project to set up recycling programs or public awareness campaigns about climate change at their schools.

It was tremendously exciting for me to see the President's vision becoming real. It was clear that the last statement from America to Jordan summarized the students' feelings about the event: "You all are amazing."

President Obama said in Cairo that "all of us share common aspirations - to live in peace and security; to get an education and to work with dignity; to love our families, our communities, and our God." Students from both countries showed that we all believe that education can change lives. 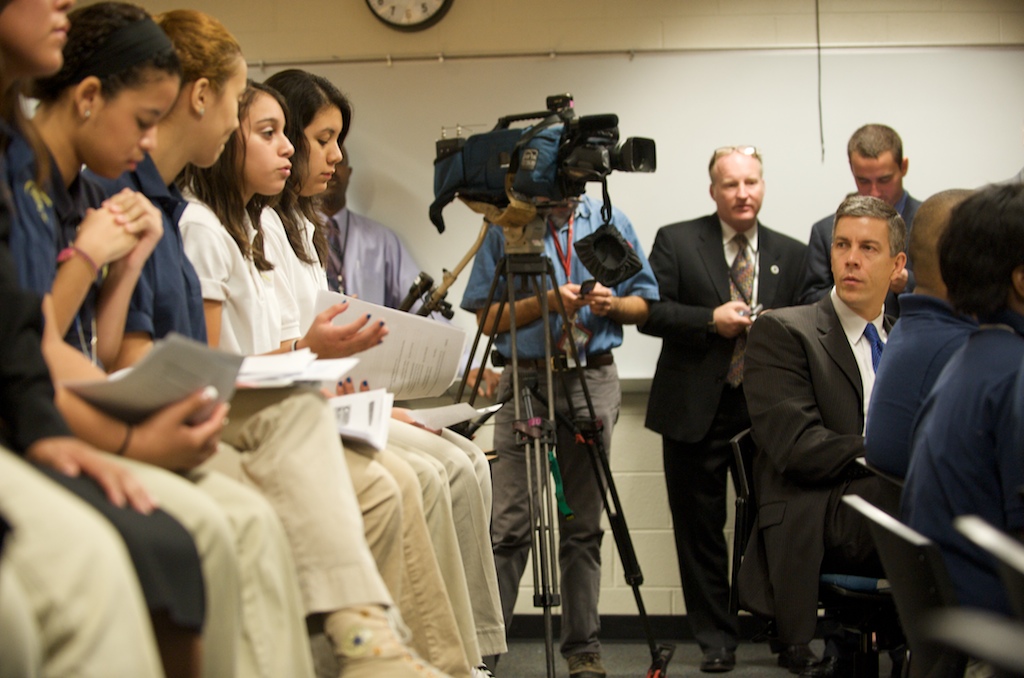 Arne Duncan is Secretary of Education