"Well, we have come to call each other Barack and Yukio," said Prime Minister Yukio Hatoyama of Japan in a joint press conference after the first meetings of President Obama's trip to Asia.

The Prime Minister went on to discuss the almost infinite range of issues on which our two countries are aligned and working together.   President Obama also gave full recognition to the importance of the relationship:

We have to understand that the future of the United States and Asia is inextricably linked.  The issues that matter most to our people -- issues of economic growth and job creation, non-proliferation, clean energy -- these are all issues that have to be part of a joint agenda.  And we had very productive discussions about these issues this evening.

It's true that because of the strength of our economic ties, that was not the first item on our agenda, but we are fortunately going to have the opportunity to spend a lot of time discussing that in Singapore in the coming days.  As the world's two leading economies, we have spent a lot of time working together in the G20 to help bring the world back from the brink of financial crisis, and we're going to continue to work to strengthen our efforts so that we can expand job growth in the future.  And we will be discussing with our APEC partners how to rebalance our deep economic cooperation with this region to strengthen our recovery.

This underscores Japan's prominent role within a broad international coalition that is advancing the cause of stability and opportunity in Afghanistan and Pakistan.  And I shared with the Prime Minister our efforts in refining our approach to make it more successful in the coming year.

We discussed our shared commitment to stopping the spread of nuclear weapons and ultimately seeking a world without them.  Since I laid out a comprehensive agenda in Prague to pursue these goals Japan has been an outstanding partner in those efforts.  And together we passed a historic resolution in the Security Council last September.  We are building a new international consensus to secure loose nuclear materials and strengthen the nonproliferation regime.

And to that end, we discussed both North Korea and the situation in Iran, recognizing that it's absolutely vital that both countries meet their international obligations.  If they do, then they can open the door to a better future.  If not, we will remain united in implementing U.N. resolutions that are in place and continuing to work in an international context to move towards an agenda of nonproliferation.

Finally, we discussed our partnership on energy issues and climate change.  The United States and Japan share a commitment to developing the clean energy of the future and we're focused on combating the threat of climate change.  This is an important priority for us; I know it's an important priority for the people of Japan.  And we discussed how we can work together to pave the way for a successful outcome in Copenhagen next month.

So I believe that we are off to a very successful start.  I'm looking forward to continuing the conversation during dinner, as well as as we both travel to Singapore.  And I am confident that we will continue to strengthen the U.S.-Japan alliance so that it serves future generations. 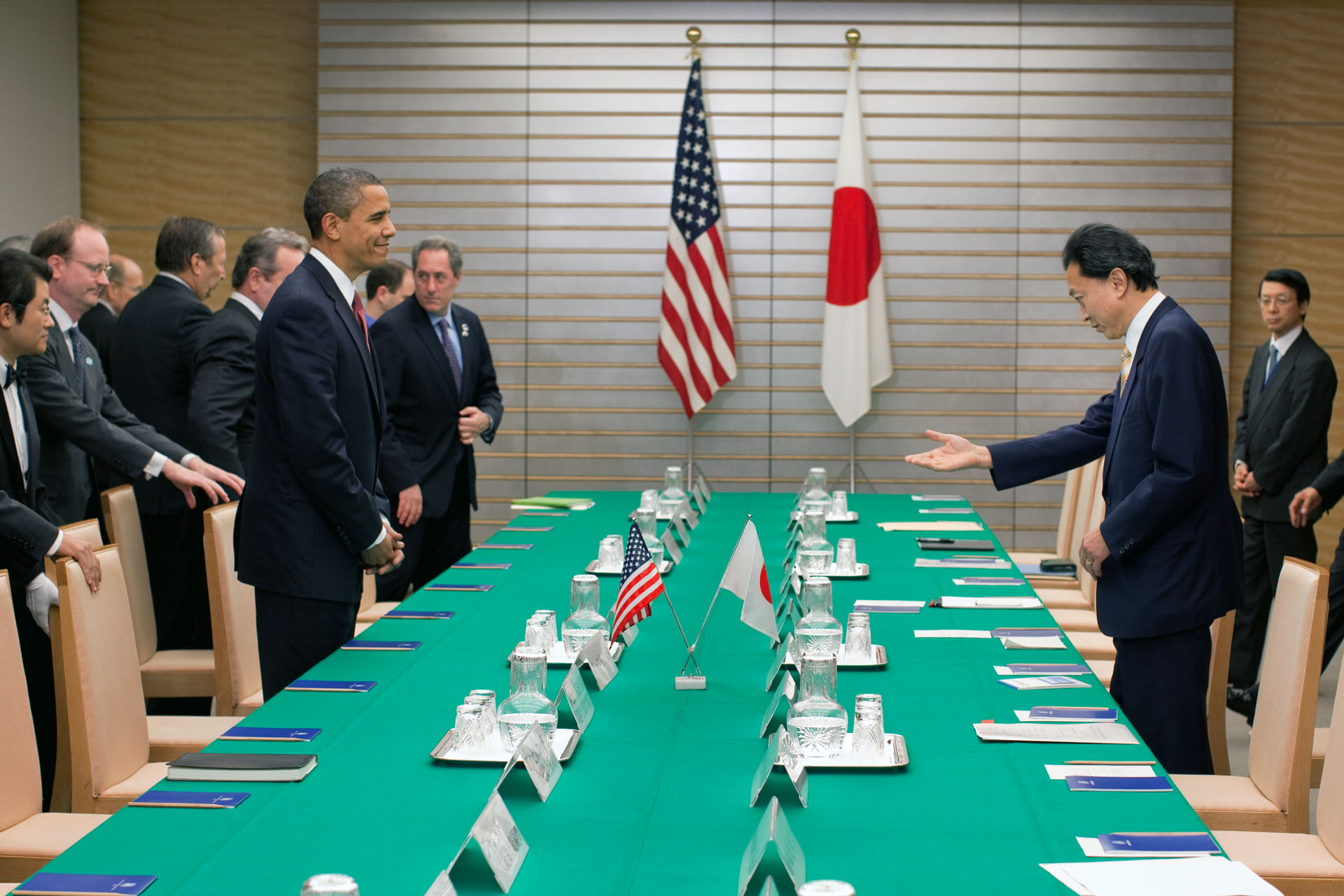