Working to Boost American Exports, Grow American Jobs Through Trade with the Asia-Pacific

November 14, 2009 at 5:00 PM ET by Ambassador Ron Kirk
Twitter Facebook Email
Summary:
United States Trade Representative Ron Kirk reports on his speech to the APEC CEO Summit in Singapore where he spoke of how strong trade ties between the U.S. and the Asia-Pacific region can help create new American jobs.

On Saturday in Singapore, I spoke to the Asia-Pacific Economic Cooperation (APEC) CEO Summit on behalf of President Obama.  In my remarks to this gathering of more than 800 business leaders from across the Asia-Pacific region, I spoke of the robust and beneficial trade relationships that the United States enjoys with our 20 fellow APEC members – 61 percent of total American manufacturing exports are destined for APEC economies, and roughly 3.7 million American jobs are supported by those exports – and about the potential to gain even more job-creating opportunities for American workers, families, and businesses by increasing engagement with and exports to our partners in this fast-growing region. 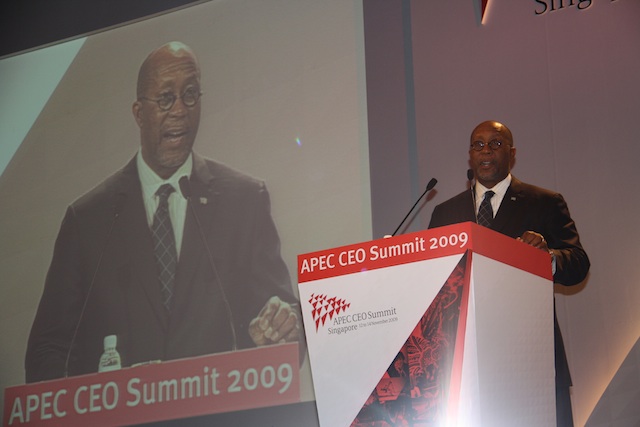 I talked about the progress made at this week’s APEC ministerial meeting on increasing services trade within APEC, promoting trade in cutting-edge environmental goods and services, and making it easier for businesses and entrepreneurs across the Asia-Pacific to take advantage of market opportunities.

I echoed the President’s call for the United States and its trading partners to work toward economic growth that is both balanced and sustainable.  And I spoke of the opportunities presented to American workers, farmers, ranchers, manufacturers, and service providers by the United States’ engagement in the Trans-Pacific Partnership, announced by President Obama on Saturday morning. 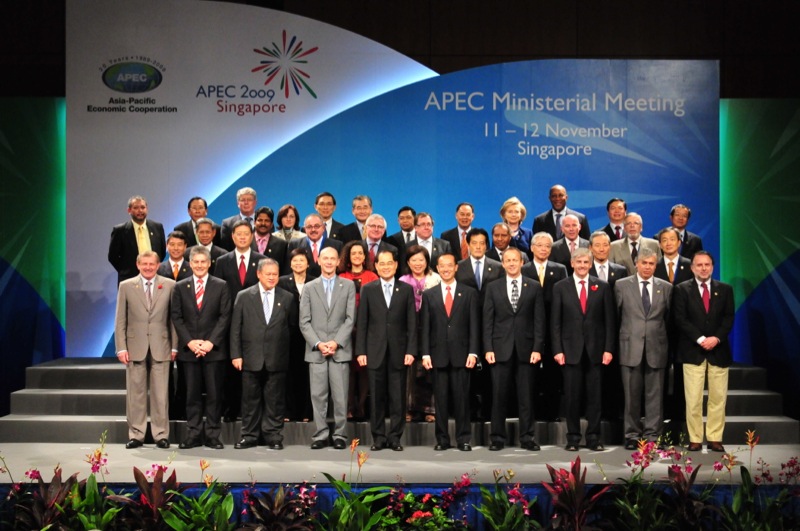 U.S. Trade Representative Ron Kirk and other officials from across the Asia-Pacific region meet at the APEC Ministerial Meeting in Singapore. November 12, 2009.

Engagement in the Asia-Pacific region is vital to America’s trading future.  If we want to create the jobs Americans need, we must gain further access to Asia-Pacific markets.   As I told hundreds of business leaders in Singapore on Saturday, we must work together to bring home the benefits of trade.