Prosperity, Peace and Opportunity: The Legacy of American Service in South Korea

In a particularly moving address to troops at Osan Air Base in Osan, South Korea, the President thanked American troops for their continued sacrifice and service, and took the opportunity to a share a short anecdote with the crowd. The story reminded troops of America's great responsibility and privilege to protect freedom and promote democracy around the world, and offered rare historical insight from a longtime ally:

I want to deliver, actually, just a quick story, go a little off script.  President Lee talked to me about what it was like when he was a young child here in Korea, this country having been torn by war, and the poverty that still existed in the country.  And he said, I hope the American people understand how grateful we are for what you've done, because we would not be the extraordinarily strong, prosperous nation that we are, had it not been for the sacrifices of your armed services and the continued contributions that you've made.

And I thought, when the President of a country that's become so successful says that America, and America's armed services in particular, had something to do with the extraordinary success of their country -- he said, that's something you should take great pride in.  And I want all of you to know that, because you are carrying that tradition on right here at Osan.

I couldn't come to the Republic of Korea without coming to see you to deliver a simple message -- a message of thanks to you and your families.  Because of all the privileges of serving as President, I have no greater honor than serving as Commander-in-Chief of the finest military that the world has ever known.  (Applause.) 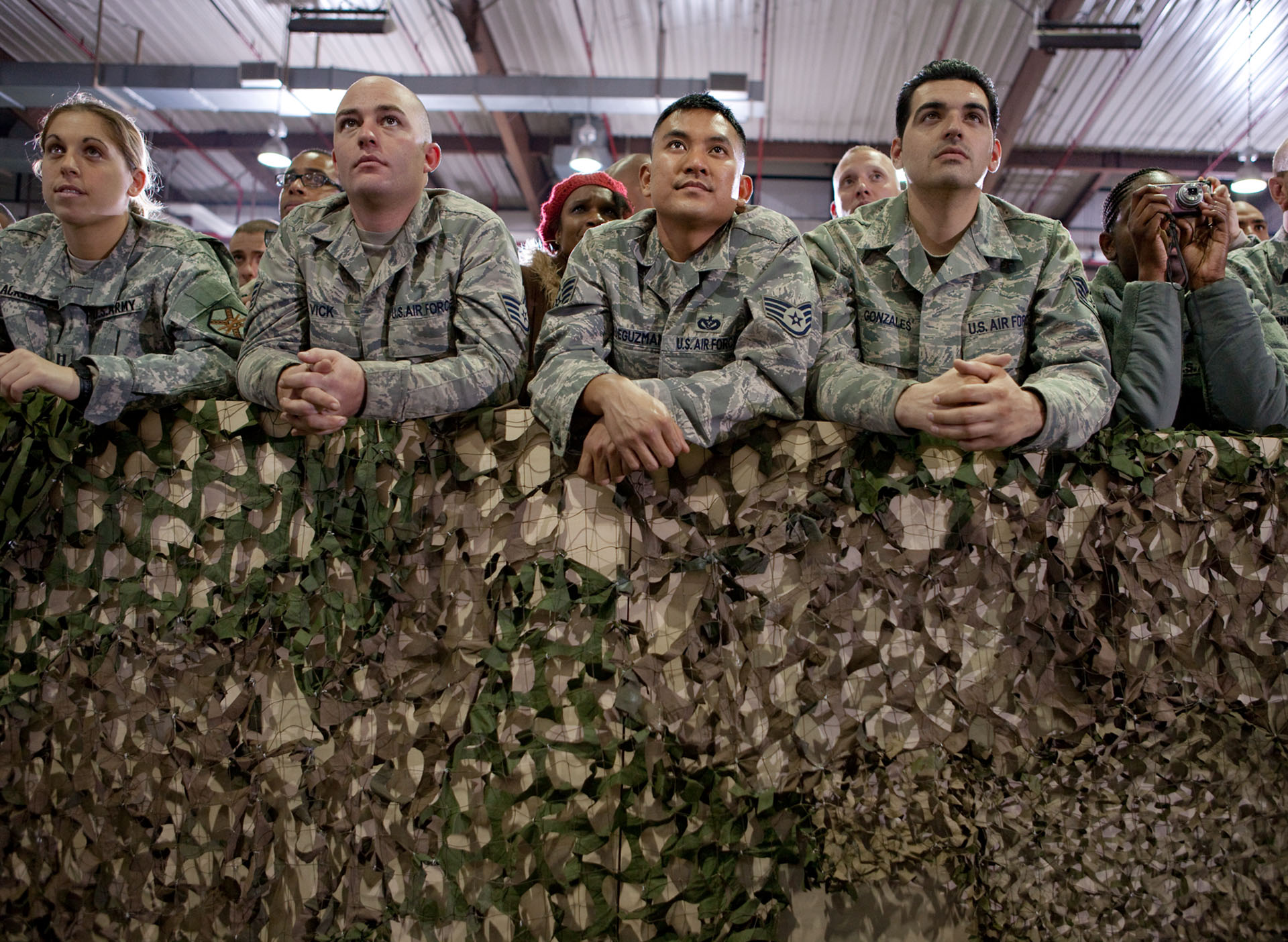