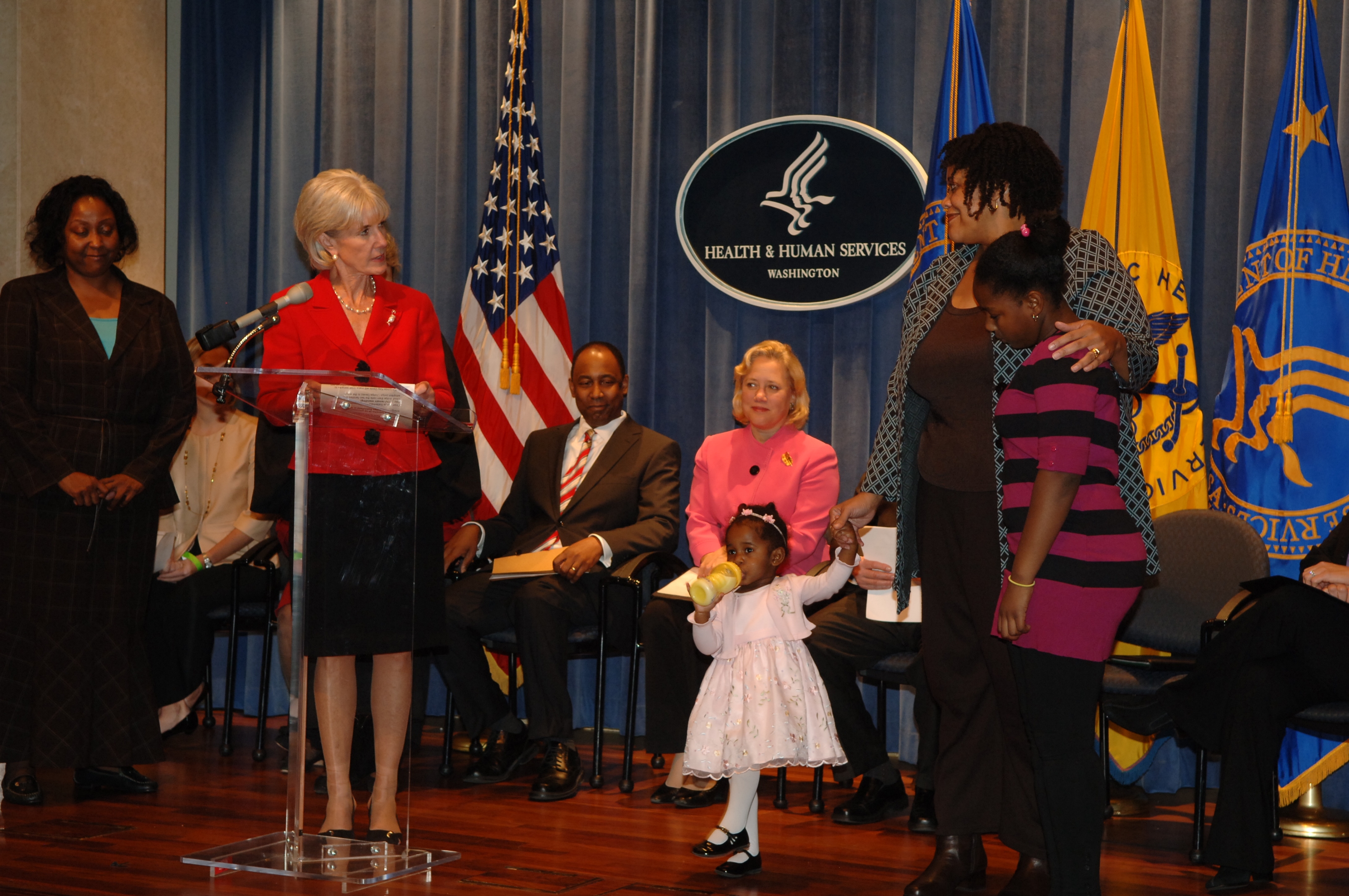 National Adoption Day is an opportunity for courts across the country to open their doors and finalize adoptions for children out of foster care. There are currently over 500,000 youth in foster care and over 125,000 legally separated from their parents and waiting to find permanent, loving families.

Secretary Sebelius participated in a ceremony to finalize the adoptions of two D.C.-area foster children, the first two adoptions of National Adoption Day in the District.  Two-year-old Emma, who has a chronic inflammatory condition of her esophagus, lit up the stage as her adoption was processed and she officially joined her lovely family.  Sixteen-year-old Dominique was adopted by her mom Karen, with whom she has lived since she was 11. Dominique and her mother share similar interests, even down to their favorite colors of purple and pink.

For additional information on Administration efforts around adoption and foster care, you can visit http://www.acf.hhs.gov .