If you haven't been following the updates from the road through our Facebook and Twitter accounts, by all means go get caught up before continuing. If you have, you might be curious to hear more about what the President has been saying at this various stops in Allentown, PA. The day after his Jobs Forum here at the White House, he went to talk to working people and small business owners, to hear from them on what's working and what's not. He's been speaking to people around town, but has his best opportunity speaking at Lehigh Carbon Community College. He began by making a few remarks about the economic news this morning:

I just came from Allentown Metal Works, where I had a chance to visit with workers there.  And they were working hard -- not just to forge the heavy machinery that makes this country run.  In fact, one of their projects is actually related to the rebuilding of the World Trade Center and the Twin Towers down there.  So you could just tell the extraordinary pride that the workers take in this project.

But like so many others across America, these workers have also been doing the best they can to stay afloat in a brutal recession that has hit folks like them hardest of all.

In the two years since this recession began, too many members of our American family have felt the gut punch of a pink slip.  Eight million Americans have lost their jobs.  Every one of us knows somebody who has been swept up by this storm:  neighbors who have lost their homes or their health care; friends who have used up their savings or put off their retirement; relatives who have downscaled their dreams -- or dropped them entirely; young people who aren’t sure whether they can afford their college educations.

I’ve heard these stories from every corner of America, and I see them in the letters that I read every single night.

So as we come to the end of this very tough year, I want to do something I haven’t had a chance to do that often during my first year in office, and that is to share some modestly encouraging news on our economy.

Today, the Labor Department released its monthly employment survey and reported that the nation lost 11,000 jobs in November -- which was about 115,000 fewer than was forecast -- and is about close to zero, from the perspective of our overall economy.  (Applause.)  The unemployment rate ticked down, instead of up.  (Applause.) The report also found that we lost about 160,000 fewer jobs over the last two months than we had previously thought.  So overall this is the best jobs report that we’ve seen since 2007.  (Applause.)

And this is good news, just in time for the season of hope.  I’ve got to admit, my chief economist, Christy Romer, she got about four hugs when she handed us the report.  But I do want to keep this in perspective.  We've still got a long way to go.  I consider one job lost one job too many.  (Applause.)  And as I said yesterday at a jobs conference in Washington, good trends don’t pay the rent.  We’ve got to actually grow jobs and get America back to work as quickly as we can.

One of the questions he heard in the course of the discussion that followed came from Susan Kennedy with the Manufacturers Resource Center in Bethlehem, who said that all the manufacturers with her “want to know what you will do to loosen up the money for the small businesses and how they can compete more with the things they need to grow their businesses.” One of them stepped forwarded, adding “Today, our concern is, are the banks going to be there with us?  And we don’t feel they are.”

Here’s the problem, though -- I just wanted to give you that background -- here’s the problem.  Having been way too easy in terms of giving credit, now banks have swung in the opposite direction and they’re not giving any credit to some very credit-worthy businesses.  They used to say yes to everything; now they’re just saying no to everything.

And part of what our message to the banks is, the taxpayers were there for you to clean up your mistakes.  (Applause.)  You now have a responsibility to be there for the community now that we’re bearing the brunt of a lot of these problems that you caused.  (Applause.)

In fairness to some of the banks, what they’ll tell you is, well, the regulators are telling us we’ve got to build up our capital reserves; we still have some bad loans on our books; there’s still a commercial real estate problem that’s out there that we’ve got to be on the lookout for -- that’s why we’re not as aggressive lending as we used to be.

So what we’re hoping to do is to work with them and push as hard as we can to say, look, try to get the right balance here.  Don’t swing from one end to the other.  If there’s a manufacturer in Pennsylvania, if there’s a business in Ohio that is making profits, that has a good idea, that has a customer base -- give them a loan, on fair terms.  And what we’re also saying is, is that the government is willing to step into the breach in some circumstances to help.

So, for example, we’ve increased our small business lending by about 73 percent through the SBA.  That doesn’t help everybody that needs help, but it’s helping to fill some of the gaps.  But I promise you -- in fact, I hope to be meeting with the bankers again; I’ve already met with them a couple of times -- sometime before the end of the year to say to them, look, you have a responsibility now, now that we have pulled you back from the brink, to help make sure that Main Street is actually getting the kinds of loans that it needs.  And I am optimistic that we can start next year seeing credit flowing a little more effectively than it has been so far.  All right?  (Applause.) 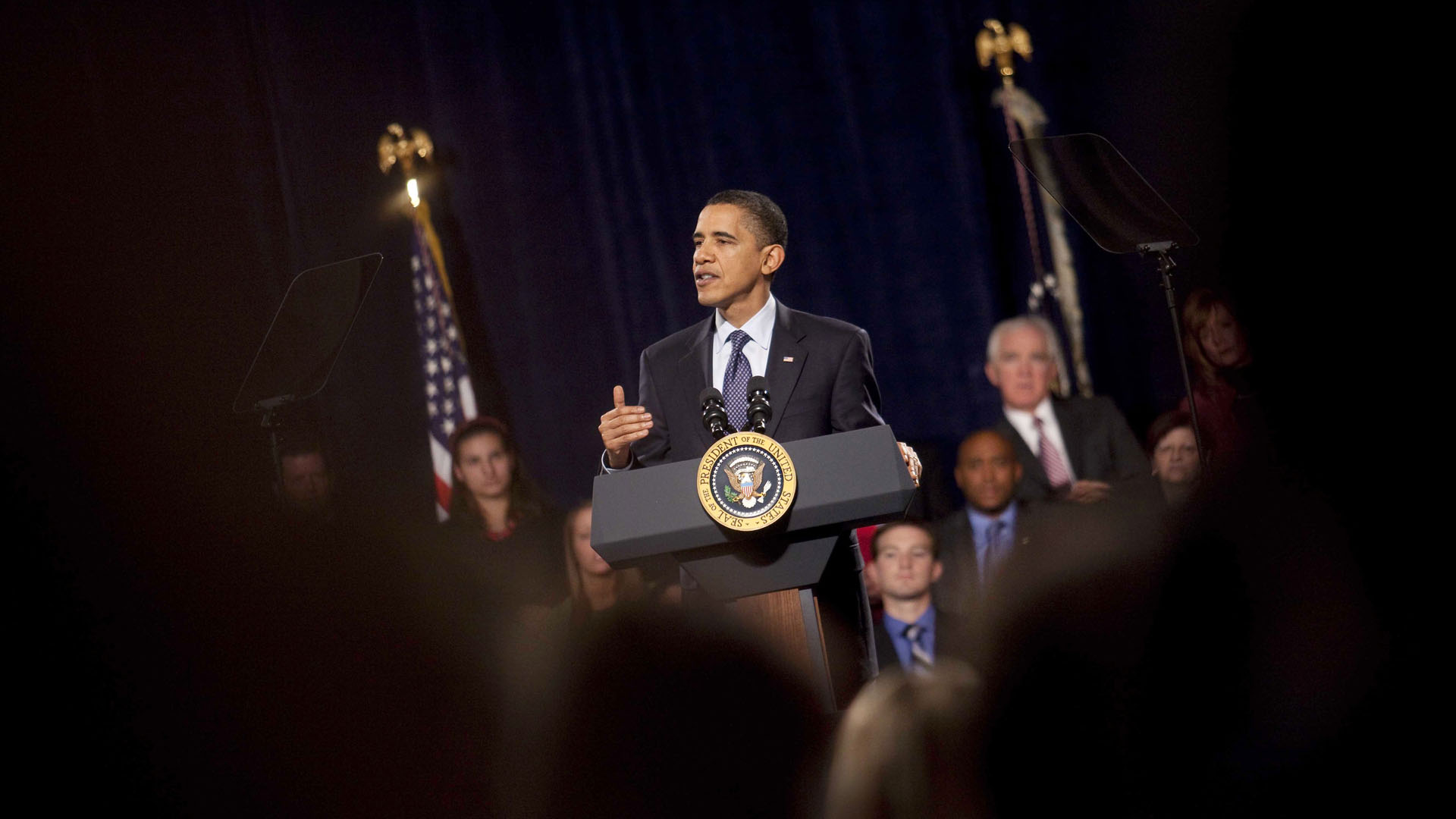