OSTP Senior Policy Analyst Dr. Jerry Miller traveled to Baiona, Spain, this week to participate in a history-making event in a city that more than 500 years ago saw Christopher Columbus arrive in port with news of a spectacular new world beyond any previously traversed horizon. The ceremony on Wednesday marked the completion of another transatlantic voyage, one accomplished by an unmanned underwater glider, launched from New Jersey more than 200 days ago.

That journey ended at 3 a.m. Eastern Time on Friday, when students and scientists from Rutgers University led a successful mission to recapture the small underwater robotic glider off the coast of Spain. The glider, dubbed The Scarlet Knight, is the first underwater robot to cross the Atlantic Ocean. With leadership from the National Oceanic and Atmospheric Administration (NOAA) and help from a number of international partners, students from the university's Coastal Ocean Observation Lab (COOL) piloted The Scarlet Knight glider during its eight-month voyage.

The Scarlet Knight is a coastal glider modified by Rutgers students and scientists. It is a winged vehicle, sans propeller, that "flies" in a sawtooth pattern by changing its buoyancy. The robotic glider is equipped with several environmental sensors to measure ocean temperature, salinity, and other physical and chemical conditions. Every eight hours the seven-foot-long vehicle surfaced to check its GPS position, send data back to the control room, and check its e-mail for new instructions.

Robotic and unmanned vehicles, such as The Scarlet Knight, offer several scientific benefits. Being able to operate for a long duration (over one year) on very low power and in extreme weather and environments are just a few of the advantages offered by this class of vehicle.

While the Scarlet Knight was the first coastal glider to cross the Atlantic Ocean, there are currently several agencies that have put similar craft to use in the field:

The recapturing of The Scarlet Knight celebrates the ability, through human ingenuity and international collaboration, to make the most unknown part of our world--our oceans--better known than they have ever been before. One of this Administration's highest priorities is establishing a new era of international scientific cooperation, and this project is just one example of the kind of science and data gathering that can be accomplished when scientists around the world work collaboratively. Dr. Miller summed the feat up best with remarks at today's ceremony:

With no one on board, and guided by technology that Columbus could not have imagined--a network of man-made, orbiting satellites--this little craft made its way across the Atlantic, gathering data along the way that will help us, as a global community of scientists and political leaders, understand and respond to some of the most pressing environmental and ecological challenges in human history. 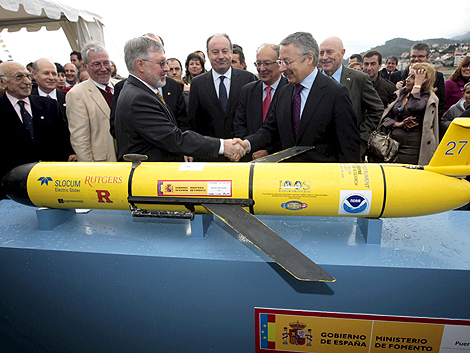 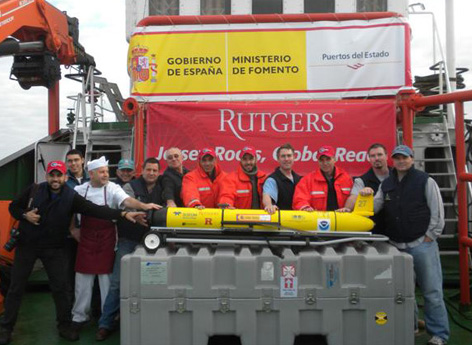