With America's economy having been pulled back from the brink of total collapse, is no small part due to actions like the Recovery Act that has saved and created over a million jobs, and TARP which was imperative to stabilizing a financial system is danger of dragging everybody down with it, the President today made clear to a dozen bank CEOs that they must do their part :

So my main message in today's meeting was very simple:  that America's banks received extraordinary assistance from American taxpayers to rebuild their industry -- and now that they're back on their feet, we expect an extraordinary commitment from them to help rebuild our economy.

That starts with finding ways to help creditworthy small and medium-size businesses get the loans that they need to open their doors, grow their operations, and create new jobs.  This is something I hear about from business owners and entrepreneurs across America -- that despite their best efforts, they're unable to get loans.  At the same time, I've been hearing from bankers that they're willing to lend, but face a shortage of creditworthy individuals and businesses. 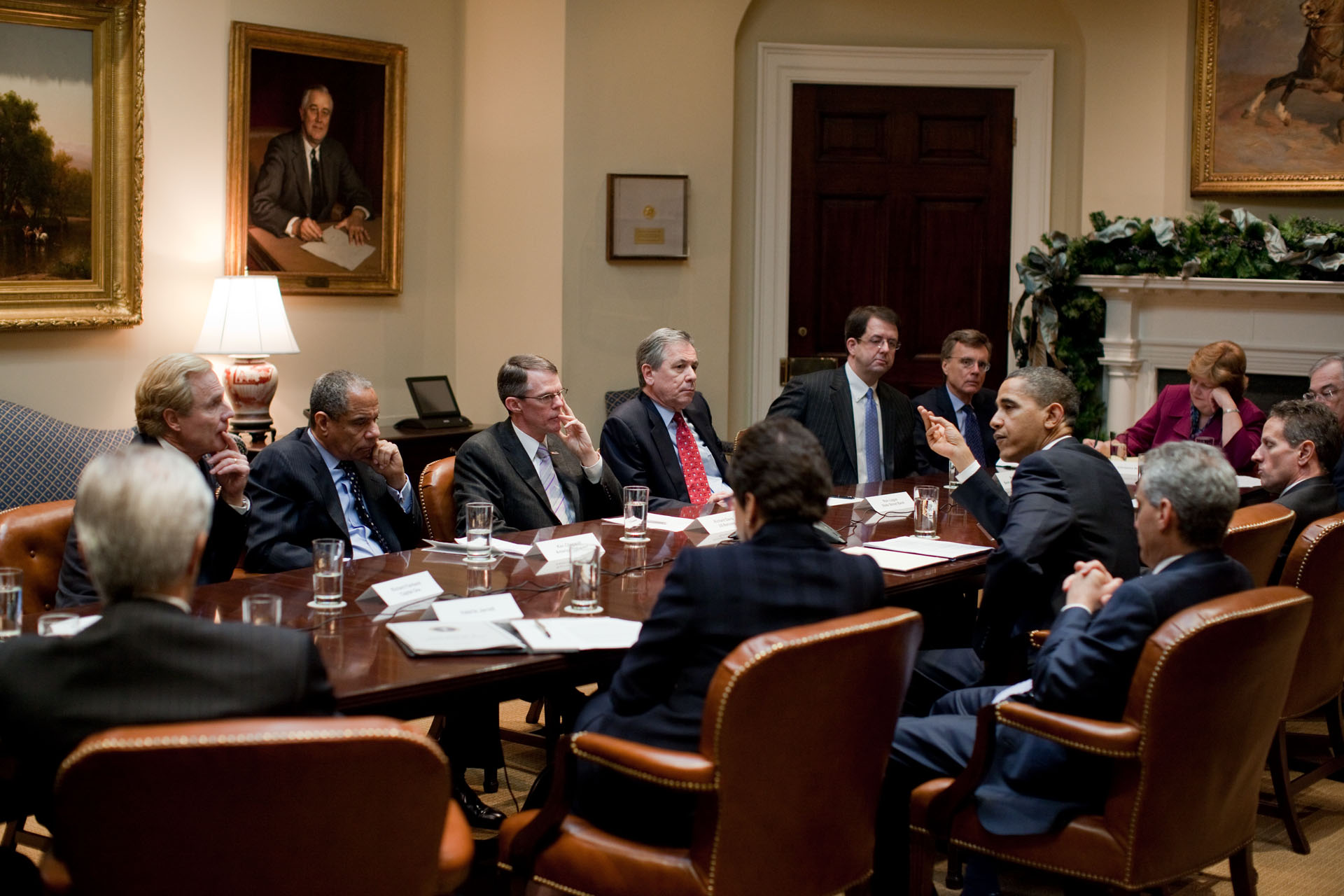 The President also reminded bank executives and lobbyists that the Administration will do everything possible to protect consumers and small business owners to get the economy back on its feet:

And I made very clear that I have no intention of letting their lobbyists thwart reforms necessary to protect the American people.  If they wish to fight common-sense consumer protections, that's a fight I'm more than willing to have.

The way I see it, having recovered with the help of the American government and the American taxpayers, our banks now have a greater obligation to the goal of a wider recovery, a more stable system, and more broadly shared prosperity.

So I urged them to work with us in Congress to finish the job of reforming our financial system to bring transparency and accountability to the financial markets; to ensure that the failure of one bank or financial institution won't spread throughout the entire system, and to help protect consumers from misleading and dishonest practices with products like credit and debit cards, with mortgages and auto and payday loans.