December 16, 2009 at 9:44 PM ET by Kori Schulman
Twitter Facebook Email
Summary:
The President and First Lady welcome Jewish community leaders, friends and staff to their very first Hanukkah celebration at the White House. Gathered in the Grand Foyer to light the sixth candle, the President remembers one of the earliest struggles for religious freedom and the message of Hanukkah that speaks to us all. 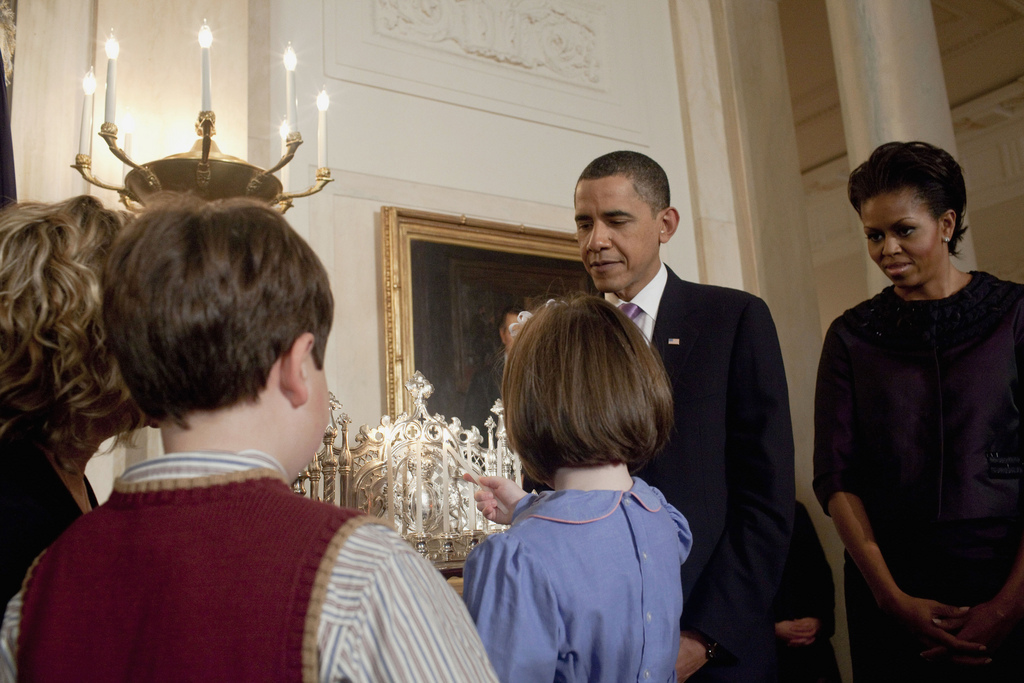 The President and First Lady welcomed Jewish community leaders, friends and staff to their very first Hanukkah celebration at the White House. Gathered in the Grand Foyer to light the sixth candle, the President remembered one of the earliest struggles for religious freedom and the message of Hanukkah that speaks to us all:

It was more than 2,000 years ago, in the ancient city of Jerusalem, that a small band of believers led by Judah Maccabee rose up and defeated their foreign oppressors – liberating the city and restoring the faith of its people.

And when it came time to rededicate the Temple, the people of Jerusalem witnessed a second miracle: a small amount of oil – enough to light the Temple for a single night – ended up burning for eight. It was a triumph of the few over the many; of right over might; of the light of freedom over the darkness of despair. And ever since that night, in every corner of the world, Jews have lit the Hanukkah candles as symbols of resilience in times of peace, and in times of persecution – in concentration camps and ghettos; war zones and unfamiliar lands. Their light inspires us to hope beyond hope; to believe that miracles are possible even in the darkest of hours.

It is this message of Hanukkah that speaks to us no matter what faith we practice or what beliefs we cherish. Today, the same yearning for justice that drove the Maccabees so long ago inspires the protestors who march for peace and equality even when they know they will be beaten and arrested for it. It gives hope to the mother fighting to give her child a bright future even in the face of crushing poverty. And it invites all of us to rededicate ourselves to improving the lives of those around us, spreading the light of freedom and tolerance wherever oppression and prejudice exist.

This is the lesson we remember tonight – that true acts of strength are possible, in the words of the prophet Zechariah, not by might and not by power, but by spirit alone.

Ethan and Esther Moran, along with their mother Alison Buckholtz, lit the candles of a silver menorah on loan from the Jewish Museum in Prague, which the First Lady visited earlier this year. The museum rescued this particular menorah from destruction by the Nazis. Ethan and Esther’s father Scott is a Commander in the U.S. Navy currently stationed in Iraq. 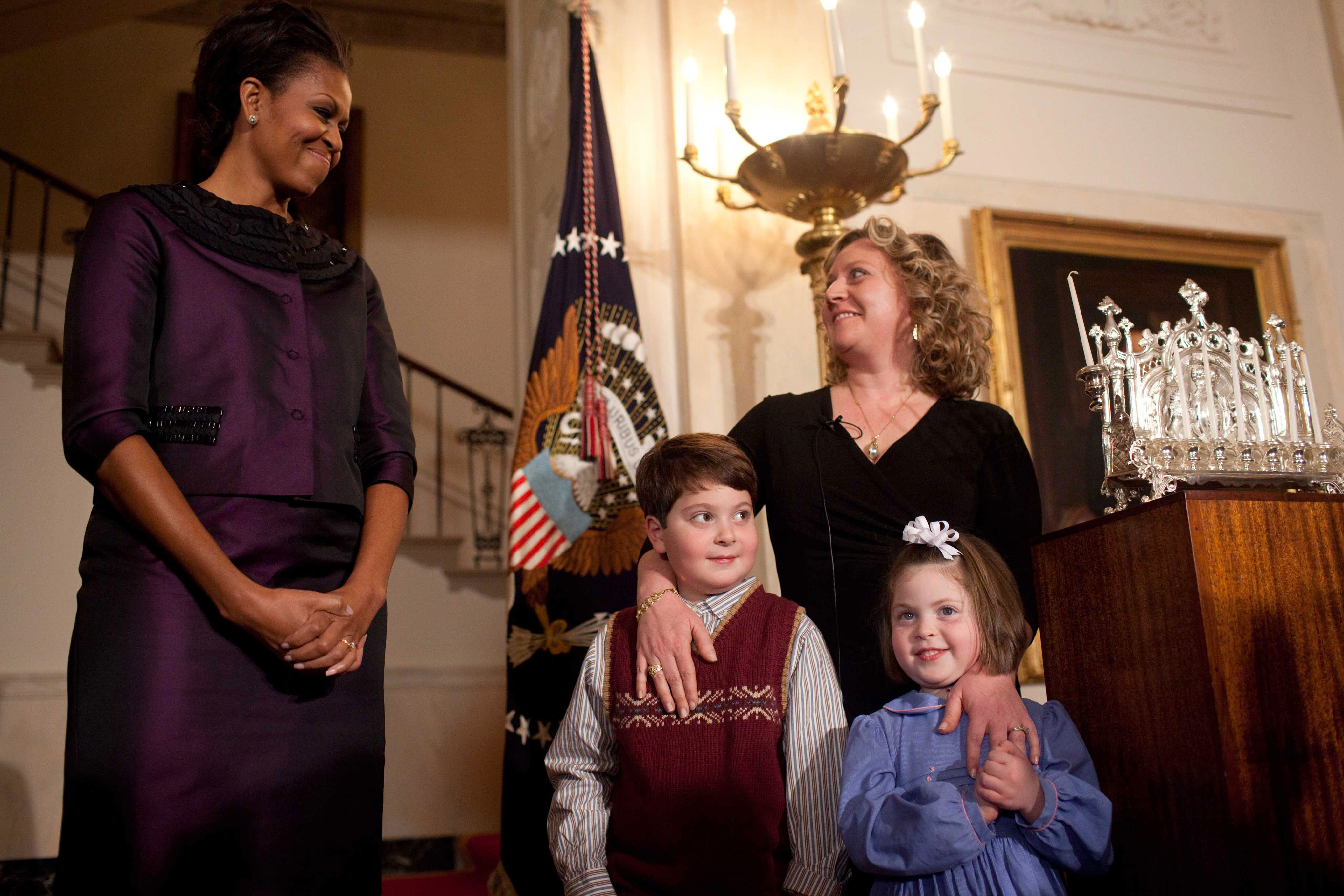 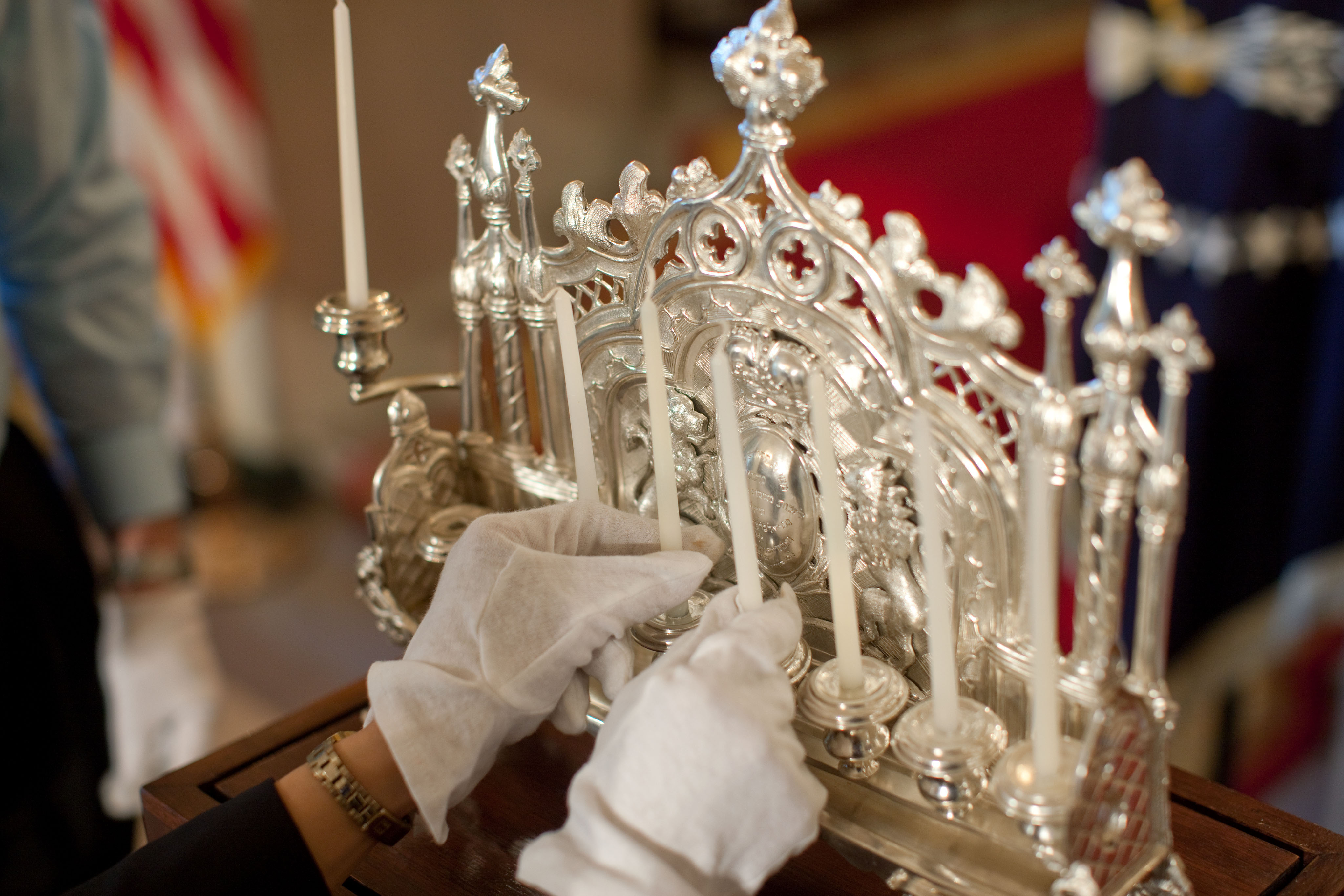