It's In Our Hands: Census Kicks Off 2010 Portrait of America Road Tour

January 5, 2010 at 10:06 AM ET by Secretary Gary Locke
Twitter Facebook Email
Summary:
Secretary of Commerce Gary Locke talks about the plan to get everybody possible to participate in the Census process.

Yesterday, I started my new year in Rockefeller Center on the Today Show to kick off our huge push to get people to take part in the 2010 Census.

One of my resolutions is to help make this the best, most accurate Census count ever.

The Commerce Department's Census Bureau spends 10 years planning how to best count everyone living in America and then New Years comes – and the rubber hits the road!  Which is literally what’s happening this year.

Today, we're sending out a small fleet of 13 vehicles – which we’re calling the Portrait of America Road Tour – that will drive across the United States and Puerto Rico to get the word out about the 2010 Census.

We're doing this for the oldest of reasons – because our Constitution tells us to.  Every 10 years, since 1790, we've counted ourselves – every single person living in America.  This count determines how we divvy up about $400 billion in federal aid to states to help pay for things like schools, roads, hospitals and police and firemen.

For the 2010 Census, we've added some high tech twists to the traditional Census process.  Everyone is still going to receive a Census questionnaire in the mailbox, so please – FILL IT OUT, and mail it back.  The form is very simple, and has only 10 questions that should take about 10 minutes to complete, and the questionnaire comes in numerous languages.

I’m counting on the Road Tour to get the word out and encourage people to participate. Our little armada of vehicles will drive more than 150,000 miles, be seen by an estimated 18 million people and stop at more than 800 community gatherings, celebrations and sporting events.

Anybody who wants to can learn about the Census and how to fill out a Census form.  If you want, you can explain why you’re taking part in the Census, and then you can upload your story onto an interactive website.  And you can follow the tour and see other people’s stories by tracking the Road Tour on Twitter, Facebook or through the Road Tour blog.  Happy New Years and make sure to follow the Portrait of America Road Tour on the web at: 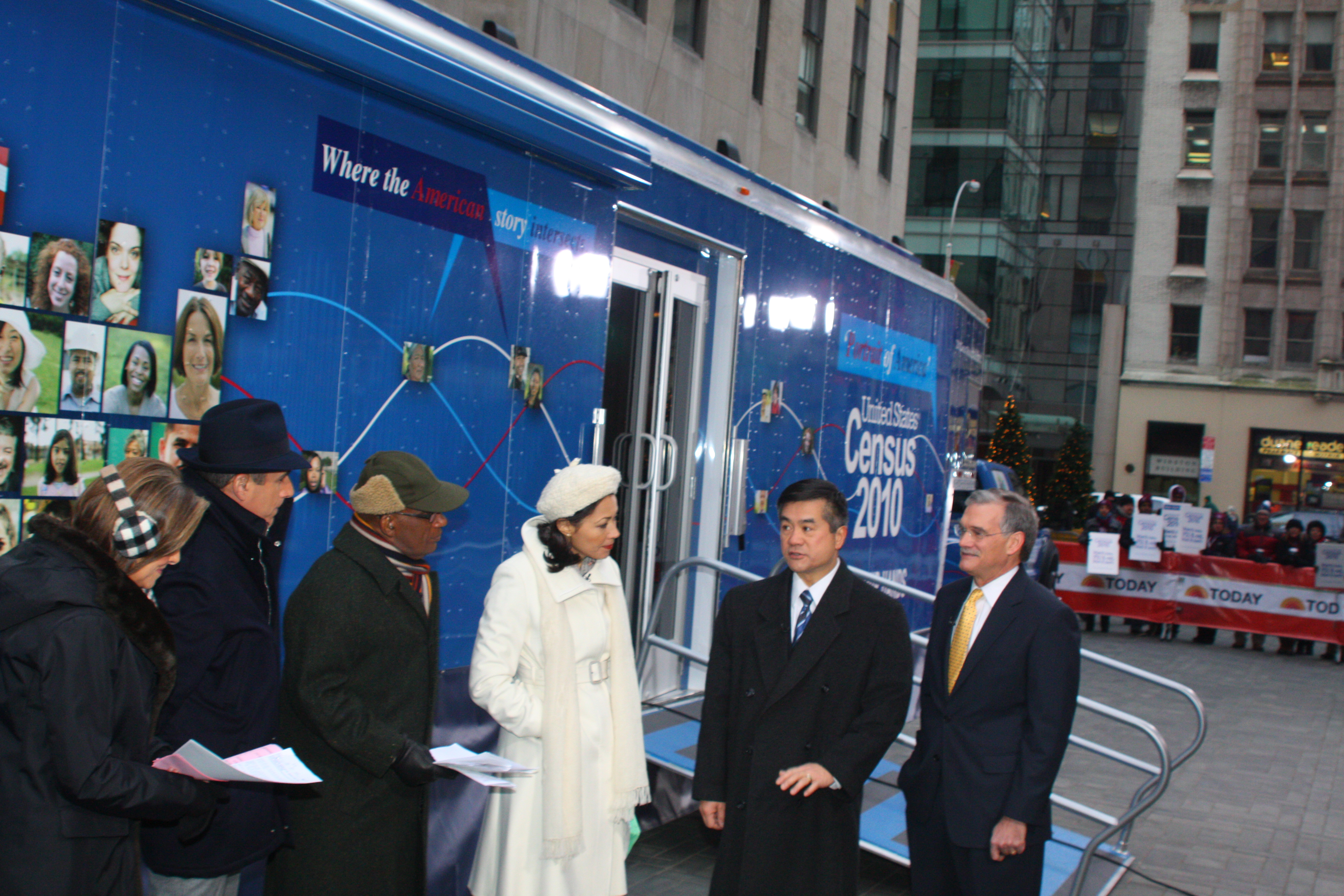 Gary Locke is the Secretary of Commerce.  He can be followed on Twitter at @SecLocke