January 14, 2010 at 12:00 PM ET by Rick Weiss
Twitter Facebook Email
Summary:
Top young scientists and engineers from across the nation met with the President in the East Room of the White House and were honored for their innovative research and commitment to community service.

We hear a lot about Nobel Prize-winning scientists, and there are kudos galore for those august winners of the National Medal of Science and the National Medal of Technology and Innovation, such as those honored by President Obama in October. But where do these great innovators come from? How did they get to their vaunted stations in life? 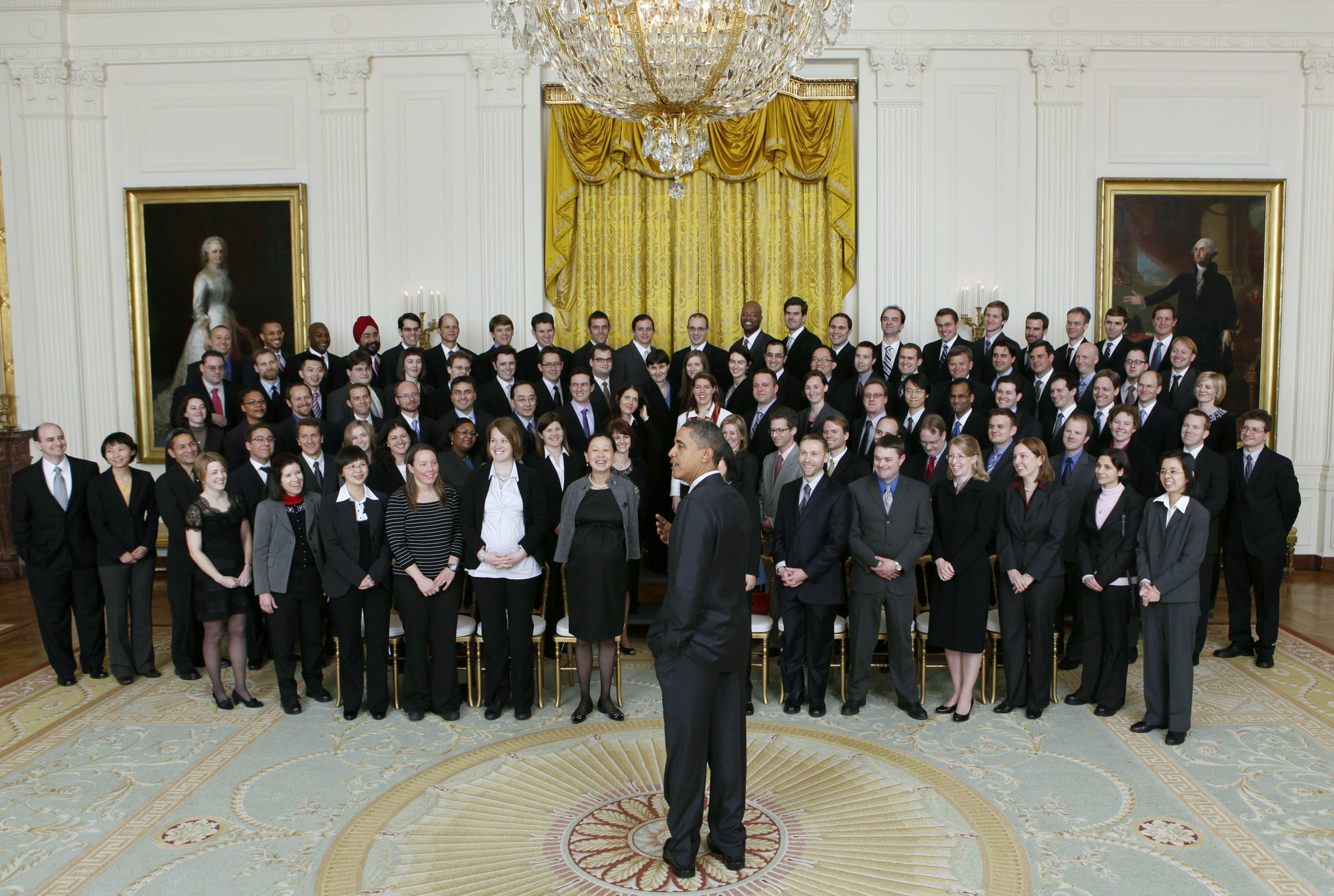 That’s the focus of a prestigious Presidential award that was in the spotlight Wednesday in the East Room of the White House, when the President honored 100 winners of the Presidential Early Career Award for Scientists and Engineers (PECASE), the highest award bestowed by the U.S. Government upon scientists and engineers in the early stages of their independent research careers.

The President’s meeting with the PECASE winners showcased this Administration’s recognition that America’s global leadership in science and technology is not automatic, but depends on constantly cultivating new generations of ambitious and dedicated explorers in the sciences and engineering. And of course that national nourishing of curiosity starts even earlier than that, in the way we teach children about science, technology, engineering and mathematics. That’s why this event resonates strongly with those of last week, when the President announced an expansion of the “Educate to Innovate” campaign to encourage and inspire young students to pursue studies in science, technology, engineering and math (STEM).

Nine Federal departments and agencies join together annually to nominate the most meritorious young scientists and engineers for PECASE -- researchers whose early accomplishments show the greatest promise for strengthening America’s leadership in science and technology and contributing to the awarding agencies' missions. The awards are coordinated by the White House Office of Science and Technology Policy, with awardees selected on the basis of two criteria: Pursuit of innovative research at the frontiers of science and technology and a commitment to community service, as demonstrated through scientific leadership, public education, or community outreach. Winners receive up to a five-year research grant to further their study in support of critical government missions.

This year’s recipients were first announced over the summer and received their awards and met with the President Wednesday.  Their names and Federal Departments and Agencies can be seen in the official White House press release.