Department of Health & Human Services (HHS) Secretary, Kathleen Sebelius helped to launch National Influenza Vaccination Week on Sunday, January 10, 2010 by speaking about vaccine safety at the historic 19th Street Baptist Church. Delivering her message from the podium, the Secretary encouraged the entire congregation and all Americans to stay healthy this flu season by getting vaccinated for both the seasonal and H1N1 flu. 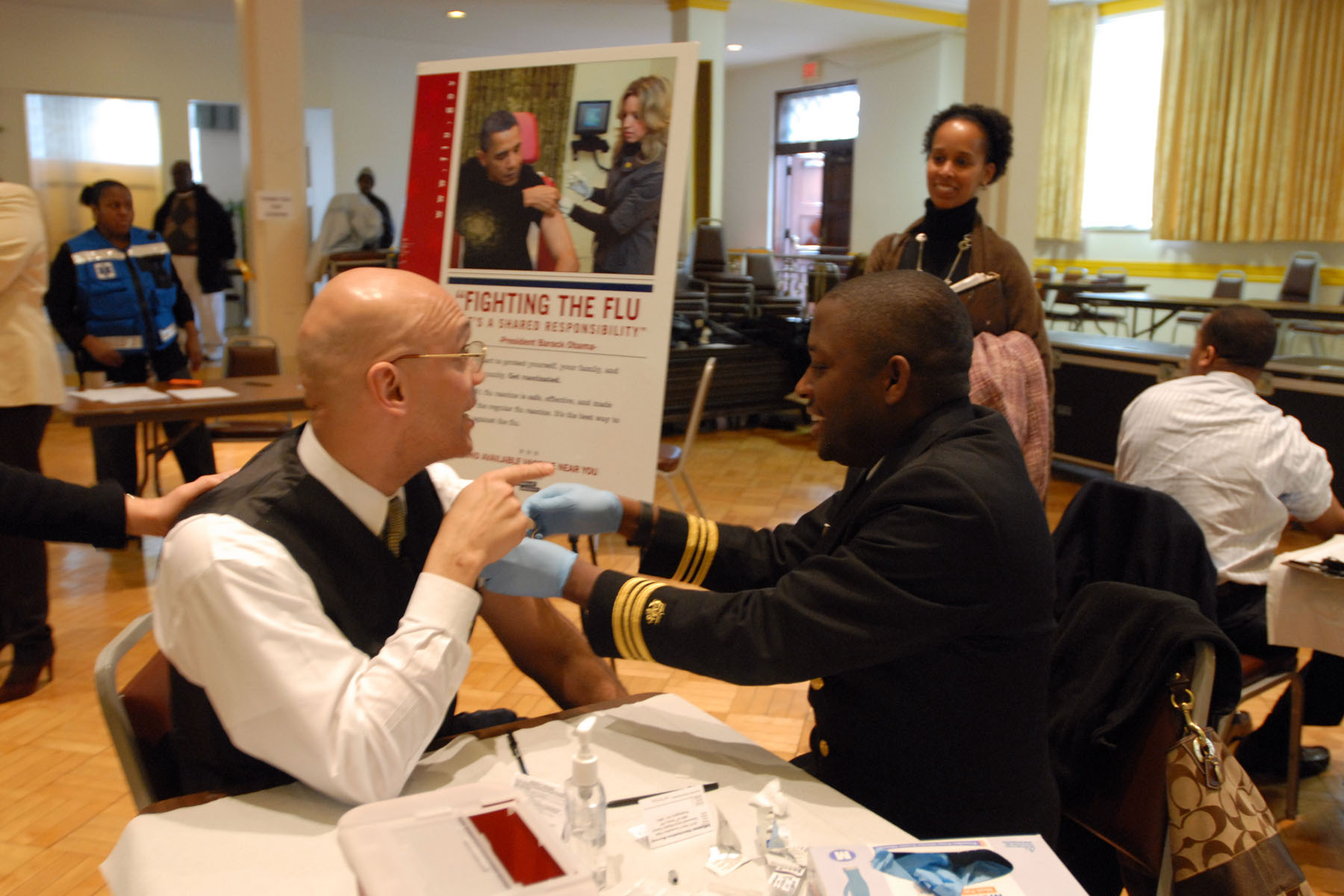 Nineteenth Street Baptist is one of the oldest African-American churches in the District of Columbia (D.C.). Both HHS and the White House were proud to partner with its pastor Dr. Derrick Harkins and their health ministry to support National Influenza Vaccination Week. The campaign was established to help remind Americans of the continued importance of vaccination, and vaccine safety.

The very next Sunday, January 17, 2010 the congregants of 19th Street Baptist Church celebrated MLK Day by sponsoring an H1N1 vaccination clinic for the entire community. In partnership with the HHS Center for Faith-based & Neighborhood Partnerships (the ‘Partnership Center’), the clinic was administered by the D.C. Department of Health and by Dr. Garth Graham, HHS Deputy Assistant Secretary for Minority Health. Led by Reverend Harkins—who was one of the first individuals to be vaccinated—nearly 200 members of the congregation and surrounding community received their H1N1 vaccination.

It is not too late to get vaccinated so find flu vaccine near you or learn more about how faith-based and neighborhood organizations can help keep their communities healthy during flu season.