One Step Closer to the Future on High-Speed Rail

January 29, 2010 at 12:33 PM ET by Jesse Lee
Twitter Facebook Email
Summary:
The Vice President gets fired up for high-speed rail in a joint town hall with the President in Tampa.
[[nid:8439]]

It's not often that the President and the Vice President get together for a town hall, but the occasion yesterday was something special for Vice President Biden. They were in Florida, one of the sites just announced for a massive down payment on high-speed rail, the future of transportation, and a great source of jobs in the here-and-now. See a map of the full web of high-speed rail, and emerging high-speed rail projects being funded by the nearly $8 billion investment in the Recovery Act. 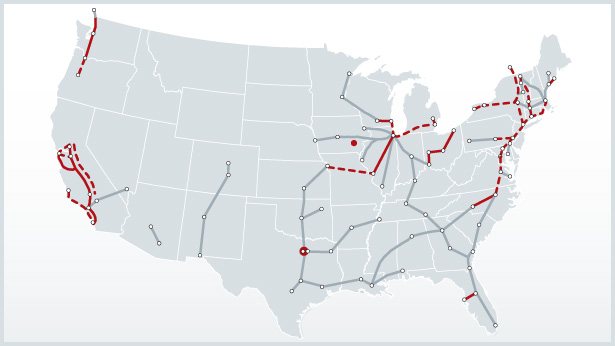 You can also read more from Transportation Secretary Ray LaHood in his blog post from yesterday.  It's probably fair to say that both he and the Vice President, were fired up and ready to go:

THE VICE PRESIDENT: Ladies and gentlemen, we're determined to restore America to its rightful place at the leading edge of innovation, with bold ideas that will create jobs immediately and serve as the foundation, a new platform -- (applause) -- a new platform to build this economy on that will serve not just our immediate needs but future generations; ideas like wind power, solar energy, a smart grid, broadband -- (applause) -- and high-speed rail.  And that's why we're here today.  (Applause.)

Having made over 7,900 round trips, literally, on Amtrak, 250 miles a day, I am very familiar with rail.  (Laughter.)  And today you have no idea how pleased I am to talk about the announcement that we made yesterday awarding -- in total, nationwide -- nearly $8 billion from the Recovery Act, funding to move us in the direction of developing a high-speed rail service in 13 travel corridors covering 31 states all across this country.  (Applause.)

Ladies and gentlemen, these investments -- these investments have several goals:  first, to improve existing rail lines to make train service faster, more reliable; two, to pull cars off the road, reducing congestion, cutting pollution, and increasing productivity; and three, to begin to develop new corridors for high-speed trains that will go from 169 to 230 miles an hour.  (Applause.)

Ladies and gentlemen, like a corridor, right here from Tampa to Orlando -- (applause) -- so you'll be able to get on a train here to Orlando in less than an hour, without battling traffic and congestion, arrive at your destination.  Ladies and gentlemen, this single investment is not going to solve all our transportation issues overnight.  Instead, with more than $55 billion of proposals from 50 states all across the country, we're providing $8 billion in seed money.  And today's awards provide only initial funding for the rail system.  Like Tampa and Orlando route, more funding is going to come in the future as progress is made.

We have committed to another $5 billion in funding over the next five years.  It's a down payment on a truly national program that's going to reshape the way we travel.  It will change the way which we go from place to place, change the ways we work and live, and will connect communities to each other in a way that in the past was impossible.  Just like the Interstate Highway structure did back in the mid-'50s, it will have far-reaching consequences.

Let me ask you a question:  How can we, the leading nation in the world, be in a position where China, Spain, France -- and name all the other countries who have rail systems that are far superior to ours?

Ladies and gentlemen, it's about time we move.  But this time -- but this time, we're not only going to be providing a better way to transport; we're going to be taking cars off of congested highways, reducing carbon emissions, and saving billions of dollars in human productivity lost just sitting in traffic jams, as studies point out.
Most important, we're creating jobs -- good jobs.  (Applause.)  Construction jobs.  Manufacturing jobs.  And we're going to be creating them right now.  We're going to spur economic development in the future and we're making our communities more livable all in the process. 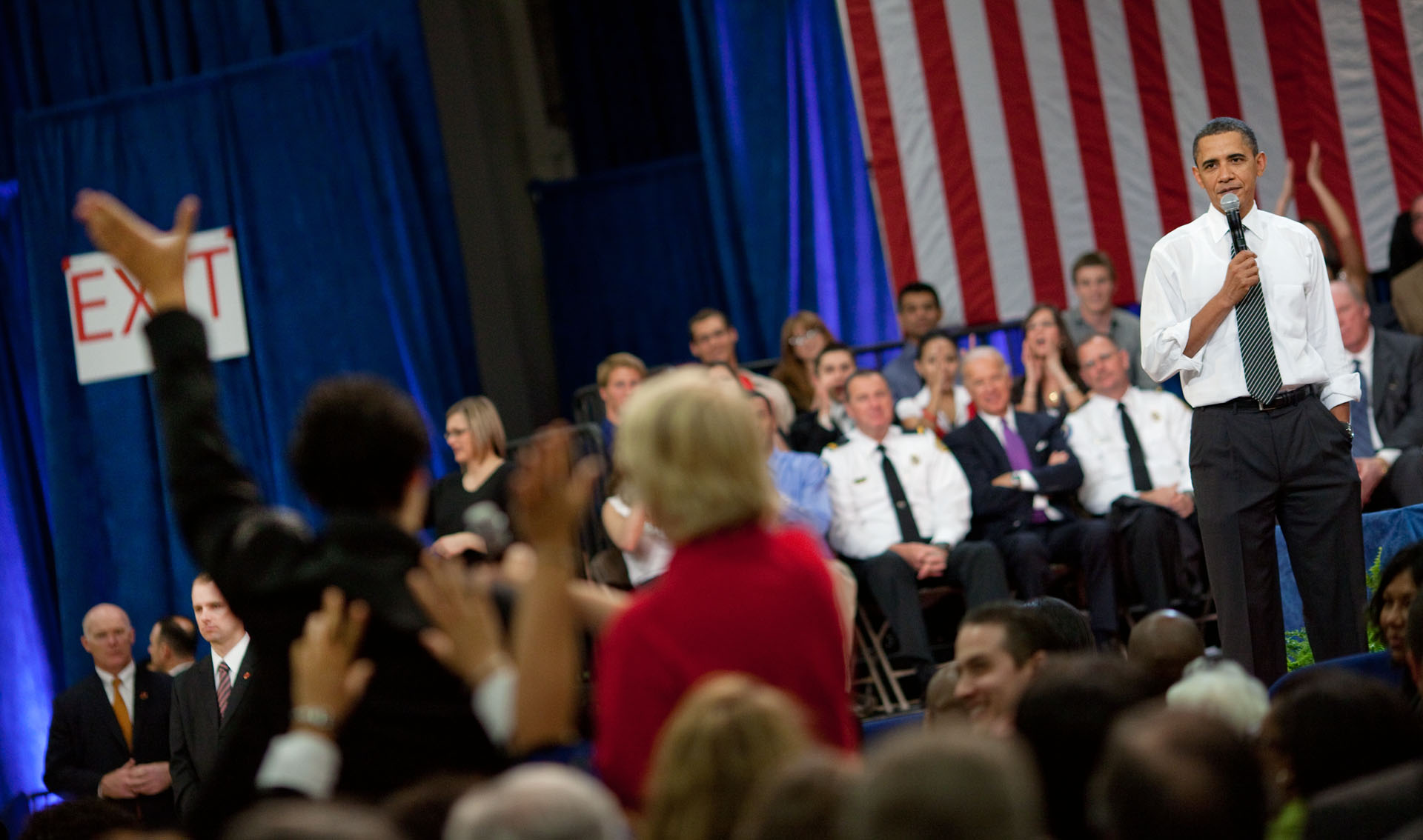