[Ed. note: Learn more about the Educate to Innovate campaign] 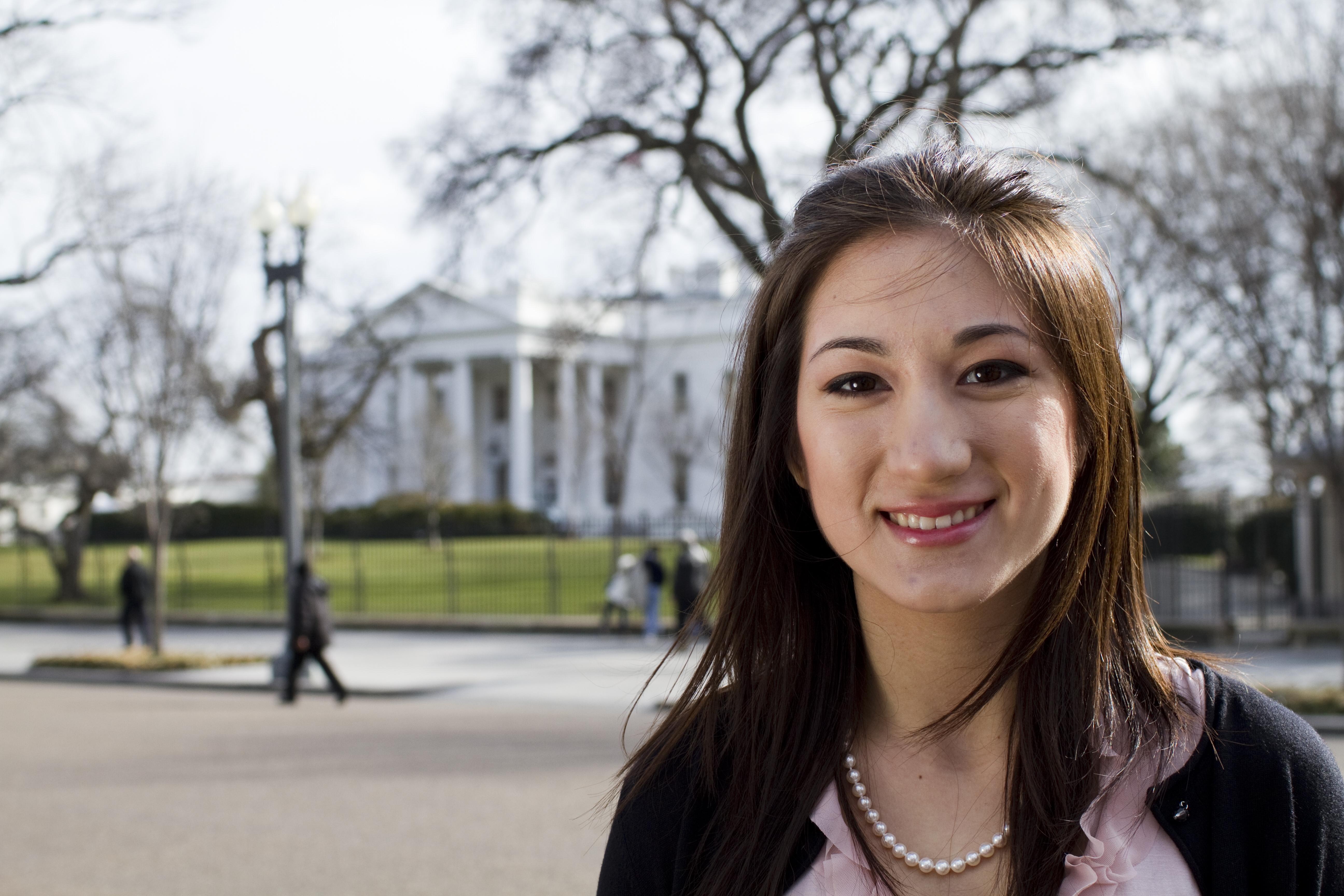 Li Boynton, an 18-year-old senior from Bellaire, Texas, developed a new, and possibly groundbreaking, method for testing the quality of drinking water. February 1, 2010.

Li Boynton, an 18-year-old senior from Bellaire, Texas, was a winner of the Intel International Science and Engineering Fair last year for developing a new and potentially ground-breaking method for testing the quality of drinking water, an accomplishment that could someday help the one billion people around the world lacking potable water. Having learned about the limitations and significant expense of conventional chemical-specific tests, Boynton saw a need for a broader, more efficient assay for testing -- and developed a bacterial bio-sensor. Li’s work has the potential to improve public health worldwide.

Li’s passion for science and innovation can be traced back to fifth grade, when she designed a solar-distillation device after reading Yann Martel’s Life of Pi, a novel involving a shipwreck. The device would come in handy, she reasoned, if she ever got stranded in the middle of the ocean. 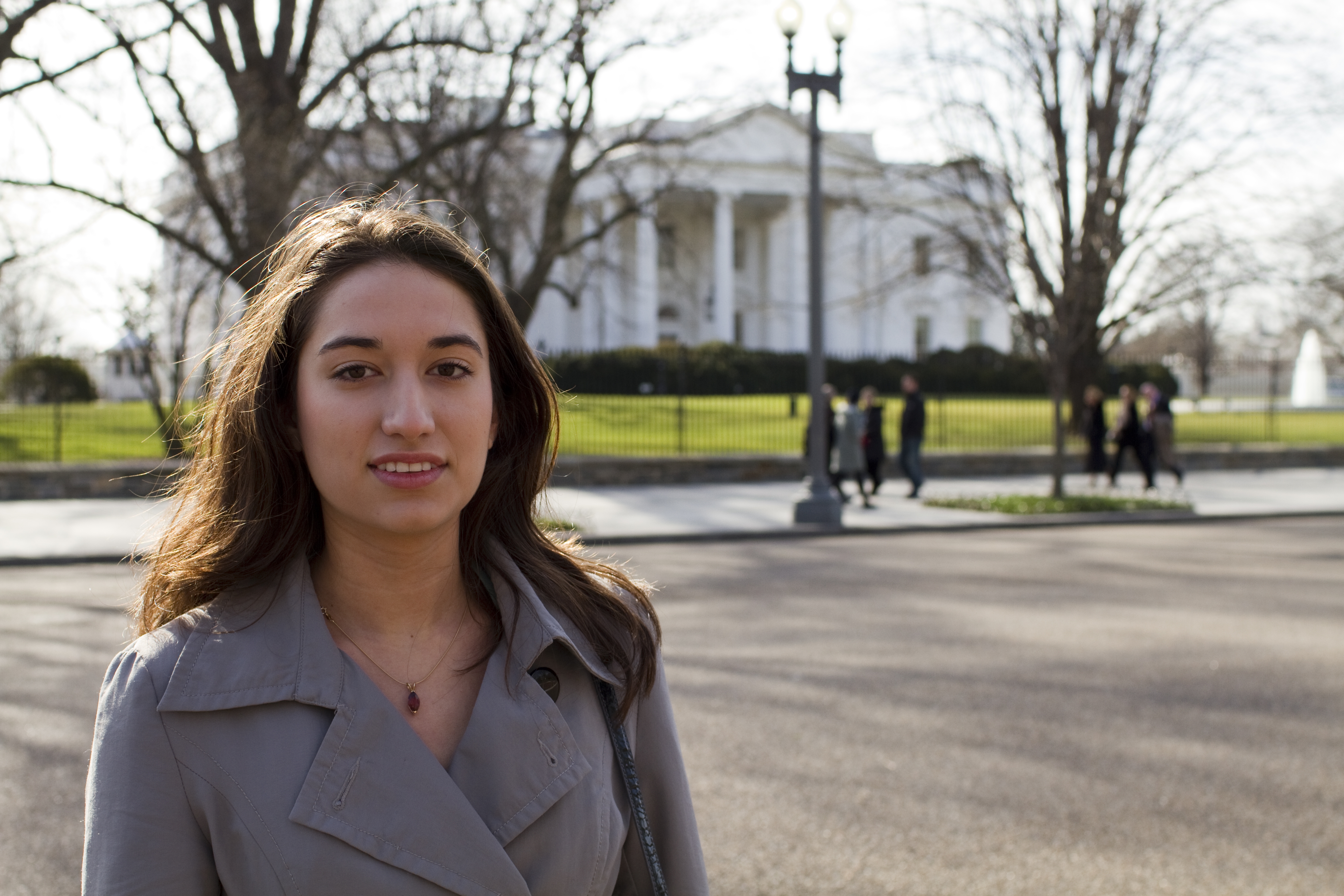 Also sitting with the First Lady was Gabriela Farfan, a 19-year-old Stanford University freshman and geology major from Madison, Wisconsin, who won one of the top awards in the Intel Science Talent Search for her independent research describing why certain gemstones appear to change color when viewed from different angles—work that has potential applications in nanotechnology and materials science. Gabriela is also a Hispanic Scholar awardee.

After getting an invitation from the White House last week, the two young women flew to Washington  on Wednesday and were immediately swept up in a whirlwind of activities leading up to the State of the Union address last night.

That included a behind-the-scenes tour of the Smithsonian Institution’s Museum of Natural History, where Gabriela and Li learned about weird life forms known as foraminifera and how to calculate climate temperatures from the ancient fossil record. They also learned about the process of bone fossilization and what fossils can tell us about human-animal interaction in ancient Africa.

After the museum visit, they met with Secretary of Education Arne Duncan. Then it was onward to the White House, where they were greeted by OSTP Director and Presidential science advisor John Holdren and First Lady Michelle Obama. Finally the two joined other special guests to travel by motorcade to the Capitol, where they  listened to the President's speech from their prime perch in the Presidential box seats.

Even though Wednesday’s schedule left Gabriela and Li exhausted (not to mention their 5 a.m. television news gig on Thursday), they took the time Wednesday night to write a little bit about their brief and exhilarating experience here in the Nation’s capital. By Friday they will be back at their respective schools, continuing to hit the books hard to remain outstanding young leaders in the scientific community.

I am still trying to calm down from the adrenaline rush of tonight’s events. I feel deeply honored to have been invited to sit with the First Lady in her box at the State of the Union Address. I think that President Obama’s speech was inspirational and moving. It was a forceful reminder of how far we have come this year and how much more we have to go. I was particularly happy at how he stressed the importance of science and math education as the key to our future and a competitive society. I believe that government encouragement and funding of science education is essential. But it is ultimately up to the students and their parents to make the real difference. As a student, it is important to take your interests seriously and ask questions. There are so many resources out there waiting for you to grab them. As for the parents, I can say that it was my parents’ (and many other friends’) support of my interest in geology that fueled my enthusiasm and success.

As for the experience of the State of the Union itself, the room was freezing! However, everyone is packed into a room that is much smaller than what it appears to be on TV, so it warmed up quickly. Before the President took the podium, it was incredible to see the faces of people I had learned about in high school – Nancy Pelosi, Vice President Biden, Supreme Court Justices and many more. They were all in front of me at once, milling around like normal people! During the speech it was very interesting to observe the different reactions. Sometimes everyone cheered, sometimes only the Democrats and sometimes it was random. Every few sentences, we would all stand up and clap, especially when the First Lady rose. I found the entire process fascinating and truly gratifying. Sitting in the First Lady’s box made it feel like we were participating in history and democracy. After the Address, I got a picture with both Barack and Michelle Obama. The President shook my hand and the First Lady gave me a hug. I thanked Michelle Obama for being such a great role model and told the President that he did an amazing job on his speech. I could not have asked for a better evening.

Being in the Capitol for the State of the Union Address was completely surreal. When Michelle Obama walked in the room, I was stunned. I was so used to seeing her on TV, I expected a glass screen to be right in front of me! But Michelle was so warm, down-to-earth, and inviting that I began to feel at home in the White House theater. Later on, when we met in the Presidential Box at the Capitol, she shook my hand and told me she was proud of me. I was so star-struck I whispered, “I just touched Michelle Obama!” to the guest next to me.

Even more so, I loved Obama’s speech. I think he executed his first State of the Union Address very powerfully. I probably clapped the hardest when he talked about education reform that supports students excelling in math and science, since I knew I was a role model for that. He also spent a lot of time emphasizing the need to revamp our energy infrastructure towards one of clean energy, which I believe is vital to the state of our nation and economy. His relentless belief and optimism in our nation, despite status quo hardships, was really inspiring.

But what really inspired me was all the support from people in my community, my state, and even the world. A couple days ago, a family friend from Chicago emailed me and told me he and his kids were going to have a “little watch party and pop popcorn” for me. He said his kids were also aspiring scientists and looked to me as a role model. I realized then that what inspires me most is inspiring other people. Before all the opportunities and awards Intel provided me with, I was following in the footsteps of scientists I could only dream to be. Now I realize that not only am I capable, but also I set an example for others. This is what really inspires me to keep achieving and solving problems in the world around me with science and real-life applications.

I must admit that I rarely watched the State of the Union Address before. But after tonight, I’m sure I’ll watch it every year. However, it certainly can’t compare to watching it live next to Michelle Obama!