Patriotism and Pride at the Olympics

Before leaving Vancouver, the U.S. Delegation attended our final Olympic competition at the Pairs Figure Skating Short Program. I’ve always loved figure skating – it’s about not only the lifts, jumps and twists, but also the artistry, form and style. Watching Peggy Fleming compete in 1968 almost made me feel that I too could skate because of the grace and ease with which she skated. Last night, we watched both American pairs – Caydee Denney and Jeremy Barrett, and Amanda Evora and Mark Ladwig – skate with speed, power and beauty.

U.S. champions Caydee Denney and Jeremy Barrett were the first American pair to perform. Skating to a powerful piece of music, these teammates were dazzling and made each lift look easy – and this is their first Olympics. Just a few minutes later, Amanda Evora and Mark Ladwig took the ice for a dazzling and heartfelt performance that was meant for the Olympics. Both couples smiled from ear to ear, as the audience cheering enthusiastically. The passion they feel for ice skating came across with each glide and turn. 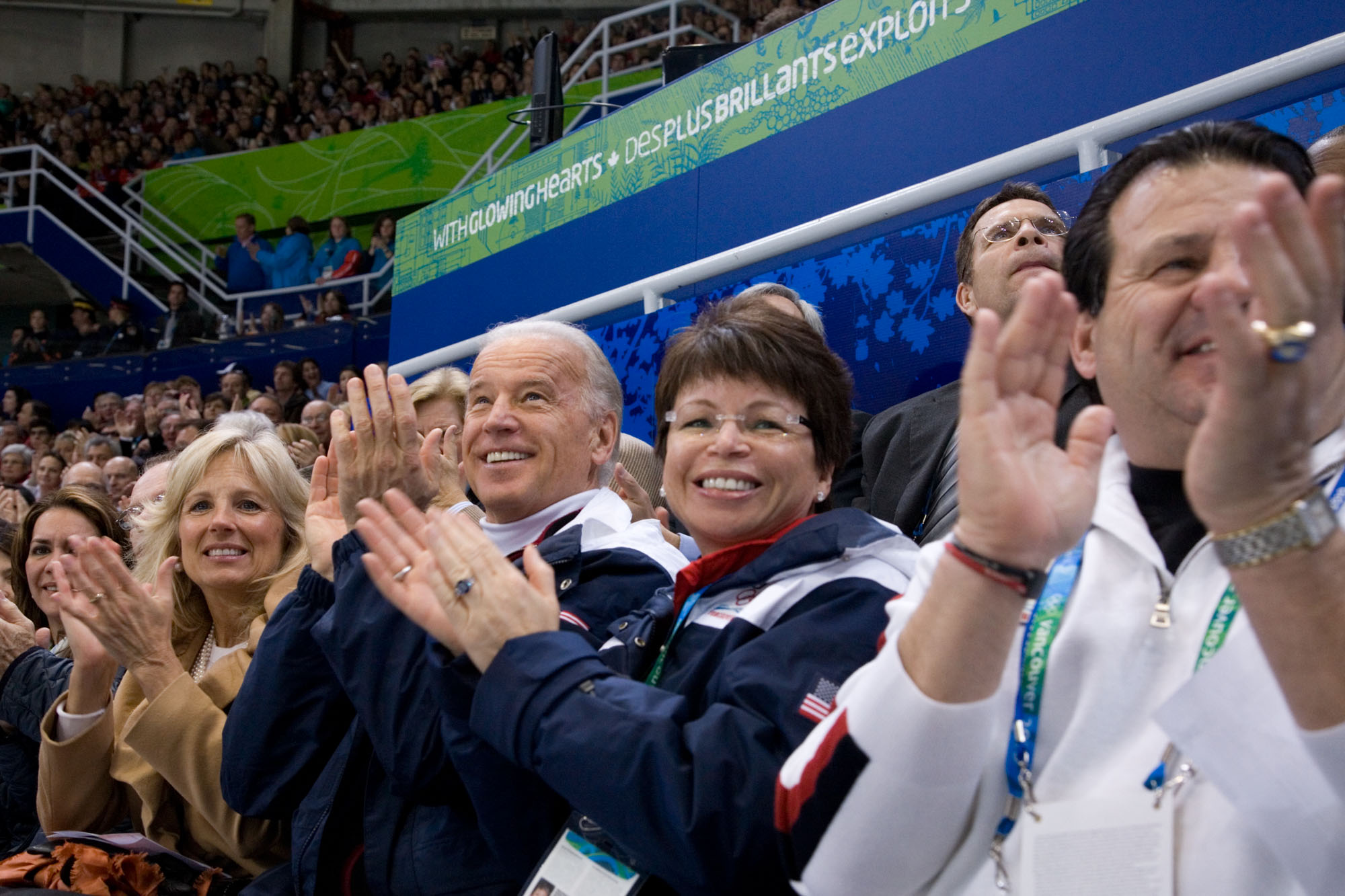 There’s no question that all of our athletes train to perform at their peak at the Olympics, but I was especially taken by the energy and chemistry that our team members displayed as they executed challenging routines with poise and strength. Last night's performances were breathtaking.

At the end of the day, Ambassador David Jacobson and his wife Julie, joined Olympic champions Peggy Fleming, Vonetta Flowers and Mike Eruzione, and I for a closing dinner at Lok's Chinese restaurant to help celebrate the Chinese New Year and an incredible visit to the Olympic Games.

As we head back to Washington, it's a little hard to leave. We've met some of the most talented athletes over the last few days. I feel a deep sense of patriotism and pride because of our extraordinary Team USA who go all out, fearlessly competing to do their very best.

Valerie Jarrett is a senior advisor to the President, and heads the White House Office of Olympic, Paralympic, and Youth Sport