On the Way to Gold

What an exhilarating start for the U.S. Olympic Women's Ice Hockey Team! I sat in the stands yesterday at the University of British Columbia's Thunderbird Arena as the U.S. Women’s Ice Hockey Team defeated China 12-1 in their first game this Olympics. At the moment the team took the ice, the crowd broke out in wild applause, and that was just the beginning.

Going into the Games, I had heard the buzz about Team USA – how impressive and dedicated they are on the ice - but it was even more exciting for me to see the strength of our team in person. Not only does the team have a great coach, Mark Johnson from the 1980 “Miracle on Ice” team, but they seem to be thriving with talent, perseverance and the experience of Olympic veterans like team captain Natalie Darwitz, Angela Ruggiero and Jenny Potter. They have trained for these Games for months, even years. It was fun to be there for this blow-out game, to hear American fans cheer and watch as the stars and stripes waved in the stands. 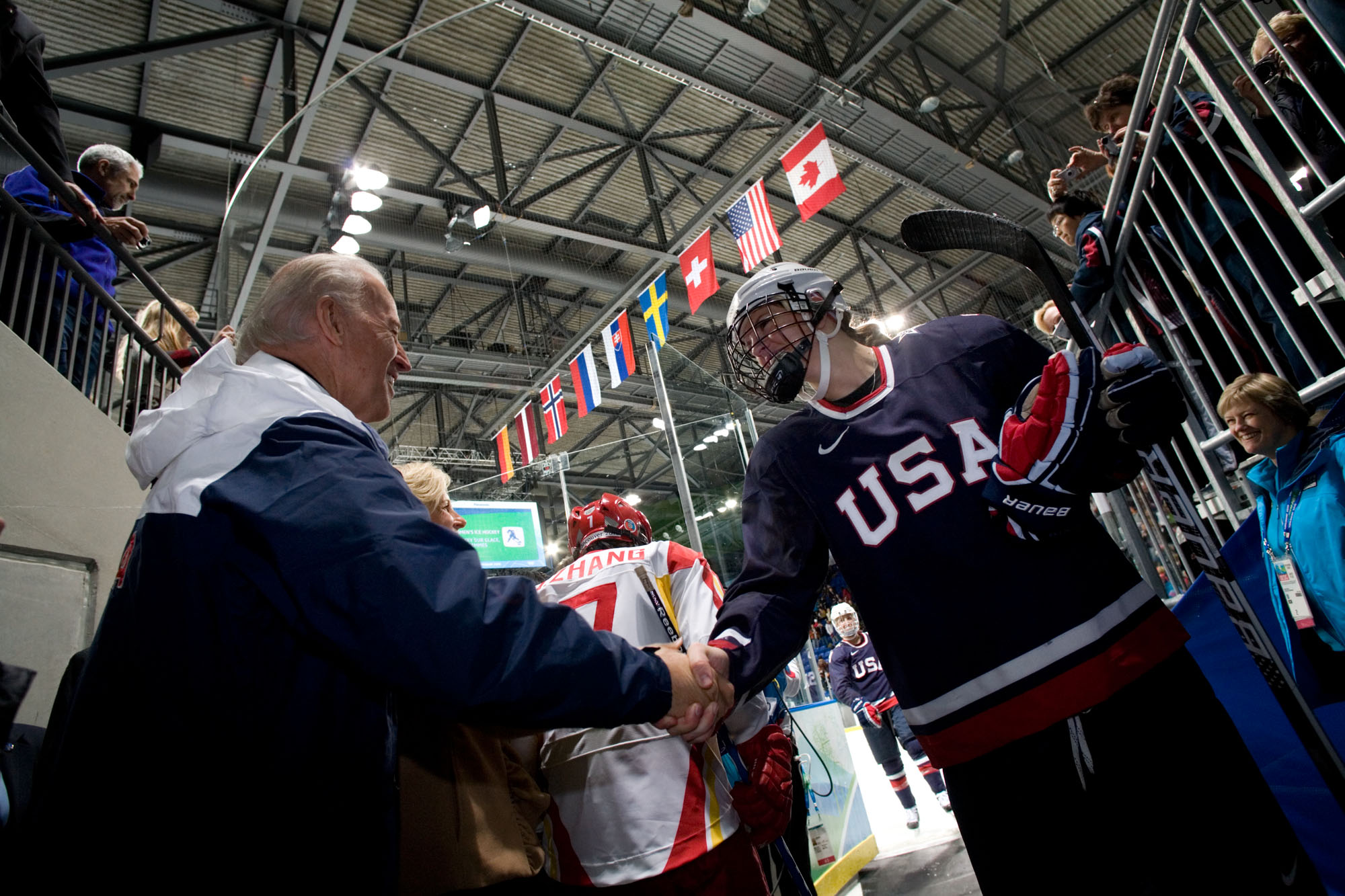 Asked about the game, Mike Eruzione, captain of the 1980 U.S. Olympic Men’s Ice Hockey Team and one of the Olympic champions on our delegation, said, "the U.S. had a great performance today, and they're on their way to a gold medal."

Valerie Jarrett is a senior advisor to the President, and heads the White House Office of Olympic, Paralympic, and Youth Sport