On the Road to Recovery - Saginaw, MI

February 17, 2010 at 2:45 PM ET by Annie Maxwell
Twitter Facebook Email
Summary:
Annie Maxwell with the Office of the Vice President walks us through the VP's trip, and what he saw of the Recovery Act in action on the ground.

As a White House Fellow in the Office of the Vice President, part of my job is monitoring how the Recovery Act is helping put communities across the county on a path toward economic recovery.  Yesterday I had the opportunity to see the Recovery Act in action when I traveled to Saginaw, Michigan with Vice President Biden ahead of the program's one-year anniversary.

Saginaw has been hard hit by the economic downturn and changes in the automotive industry, but it is quickly reinventing itself to be competitive in the 21st century economy with investments in the renewable energy industry.

We started the day at Delta College where students, with support from the Recovery Act, are getting trained for jobs in manufacturing in the solar industry. The Vice President received a heartfelt introduction from Justo Gonzalez, a recent graduate of the job training program.  Justo began by explaining how almost one year ago, he was laid off from his job in the automotive industry. But after going through training at Delta College, he was recently hired at Hemlock Semiconductor as a Reactor Care Operator.  Justo looked to his wife and two daughters in the crowd and nodded as the Vice President later spoke about how a job is more than just a pay check, it’s about dignity and knowing you can care for your family. 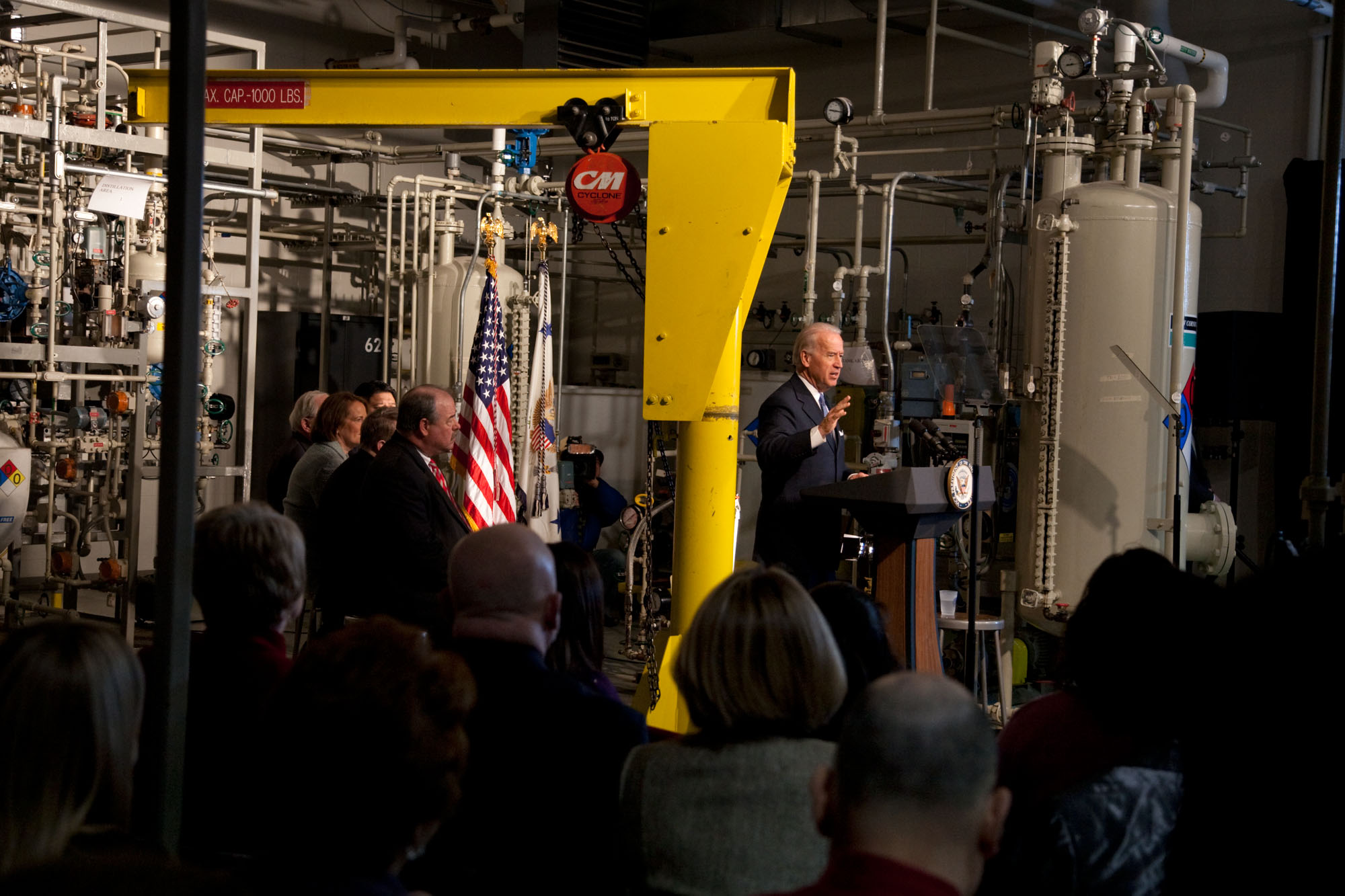 Vice President Joe Biden talks about the Recovery Act at Delta College where students are being trained for jobs in the solar industry, outside Saginaw, Michigan February 16, 2010. (Official White House Photo by David Lienemann)

Then we were off to Fuzzy's Diner in downtown Saginaw for a discussion with local business leaders and community members over lunch. Paul Furlo, the CEO of Morley Companies Inc., spoke about how a recent loan that was backed by the Small Business Administration through the Recovery Act, has allowed him to expand his company’s capacity and hire another 650 associates. 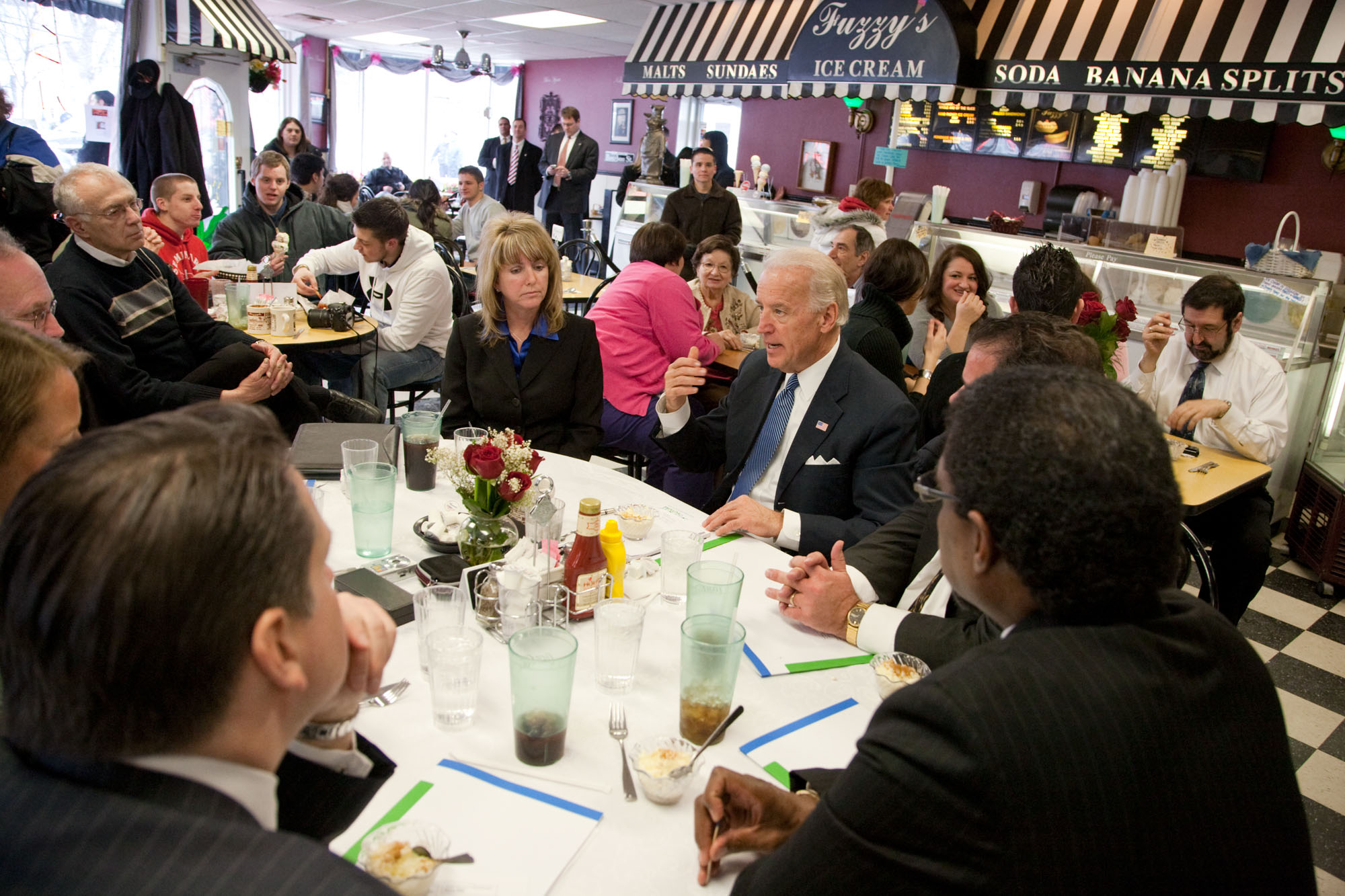 And it all came full circle when we ended the day at Hemlock Semiconductor, Justo’s new employer and a recipient of an energy manufacturing tax credit.  Justo's words from that morning came alive, "This is a new era.  Like when the automotive industry took over the lumber industry here in the Saginaw Bay Region, the solar industry is now taking us forward into the future. We are just at the early stages and with the sky not just being the limit, it's another source of energy.  With solar and wind energies our growth is unlimited. Michigan has a vast knowledge of manufacturing products. We need to stay positive." 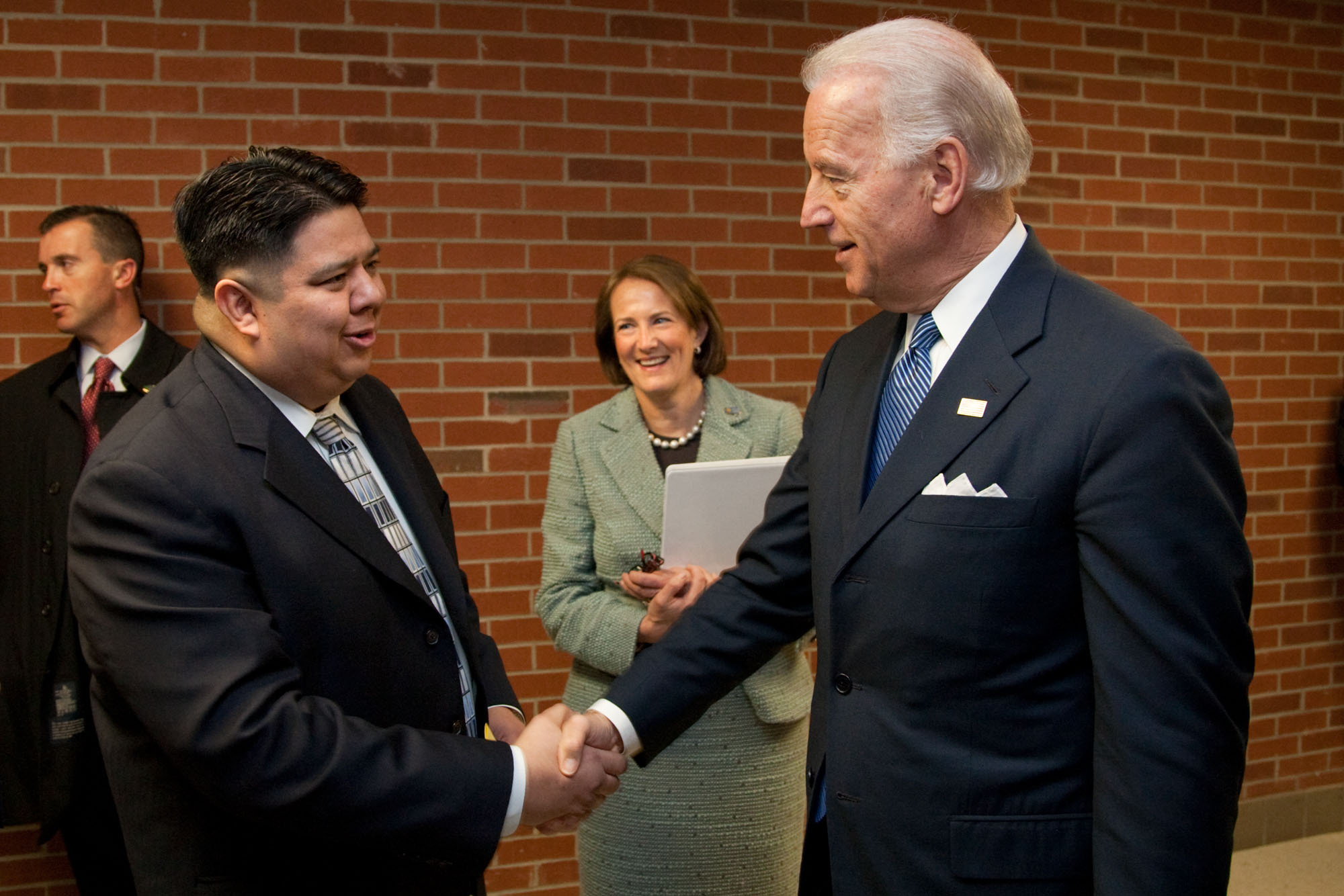 We're only part-way through the Recovery Act and there is still much work to do – but it’s clear it’s making a difference for people like Paul and Justo all over the country.