During his visit to a town hall in Henderson Nevada, President Obama announced new efforts to stabilize the housing market by buying vacant homes and converting them into affordable housing that will create jobs, help the housing crisis, and allow the local economy to grow.  He also announced a $1.5 billion fund for housing finance agencies in Nevada and other hard-hit states to help unemployed homeowners avoid foreclosures.  The fund will also help struggling homeowners find a way to pay their mortgages and modify their loans.

He recalled the steps the government has already taken to stem the housing crisis, by providing tax credits to 1.4 million Americans buying their first homes, as well as a loan modification initiative to lower monthly payments for struggling homeowners.

He went on to discuss another issue on everyone’s minds: jobs. He highlighted the steps the government has taken to preserve jobs, and will continue taking to create them. He mentioned how the Recovery Act has helped to save jobs that would have otherwise been lost, expanded unemployment insurance, and cut taxes for the American people.

What we're proposing has nothing to do with a government takeover of a health care.  Most of you would have the exact same health care that you've got right now, but you'd be more protected and more secure.  And if you don't have health care, you'd have a chance of getting health care. And, by the way, it would actually save us money in the long term, because all those wasteful dollars that we're spending right now, the experts estimate we'd actually save a trillion dollars by passing it. 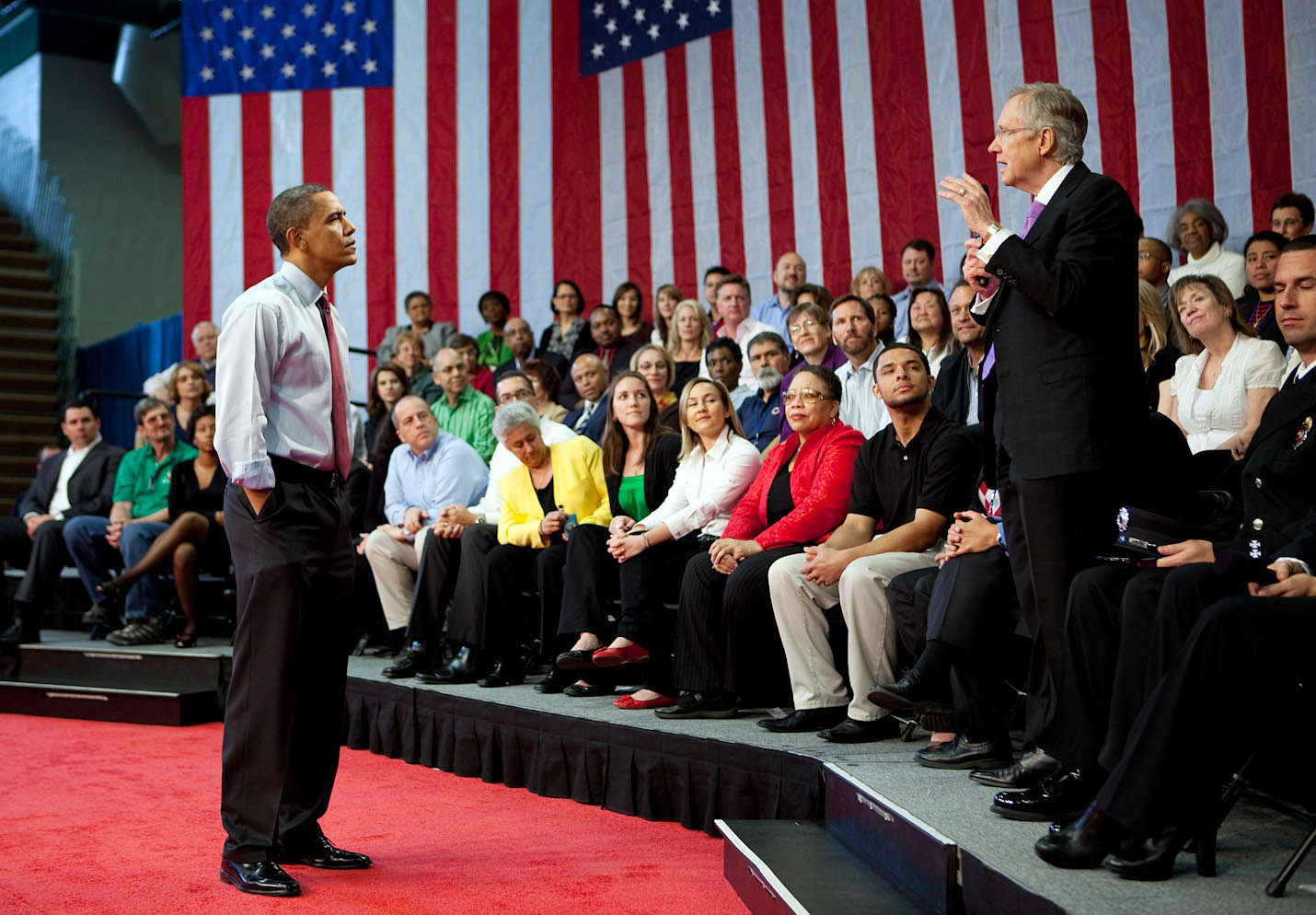 During the discussion with the audience he also made a forceful case for handling climate change by capping carbon and the benefits of a clean energy economy.  He pointed out that other countries are already moving in that direction, and America shouldn't be left behind, using the issue as a prime example of what American leadership can really mean.

What does it mean to lead?  It means countries that out-educate us today are going to out-compete us tomorrow.  And that means America has to lead in education.  That's why we're working with educators to transform our schools, and make college more affordable, and prepare our kids for science and engineering and technical degrees -- because those are going to be the jobs of the future.

And because the future belongs to countries that create the jobs of tomorrow, we've got to lead in energy.  That's why we're investing in companies right here in Nevada and across this nation that produce solar power and wind power and the smart, energy-efficient electric grids the investments that are giving rise to a clean energy economy.  It's vital that we do that.