Of Government, Business, and Jobs

February 24, 2010 at 5:25 PM ET by Jesse Lee
Twitter Facebook Email
Summary:
The President discusses the proper relationship between government and business, rejecting the false choices that are often perceived in that relationship.

Today, President Obama gave a major address to the Business Roundtable to encourage cooperation from business leaders to promote economic recovery. "I want to spend most of my time talking about the specific steps we need to take to build this more competitive America," he told them, "But before I do, I want to talk a little bit about the relationship between business and government in promoting economic growth."

He began spelling out his vision on that score:

I am an ardent believer in the free market.  I believe businesses like yours are the engines of economic growth in this country.  You create jobs.  You develop new products and cutting-edge technologies.  And you create the supply chains that make it possible for small businesses to open their doors.  So I want everyone in this room to succeed.  I want your shareholders to do well, I want your workers to do well, I want you to do well -- because I firmly believe that America’s success in large part depends on your success internationally.

Now, I also believe this:  Government has a vital, if limited, role to play in fostering sustained economic growth and creating the foundations for you to succeed. 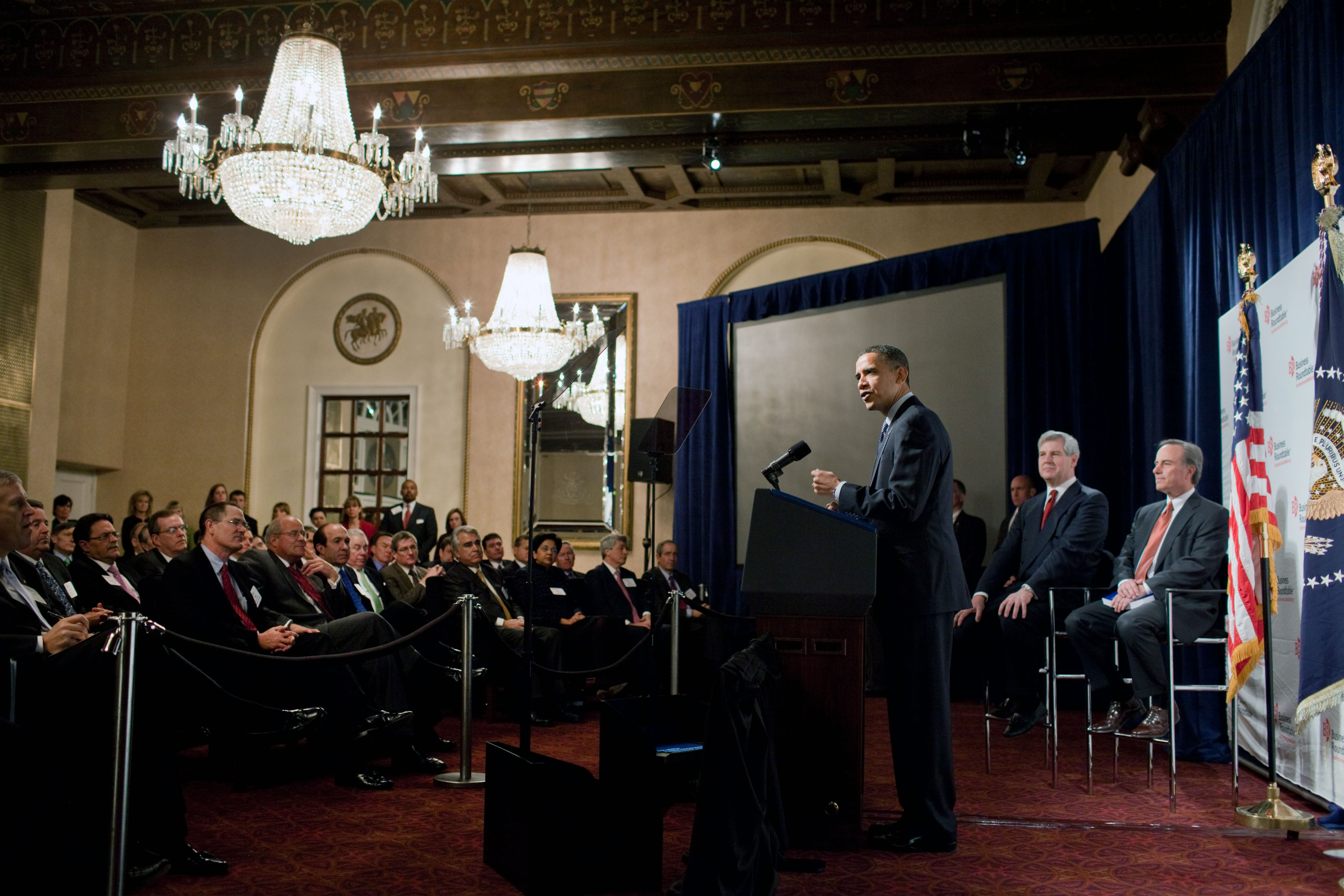 Saying that the government he leads doesn’t step in “to supplant private enterprise, but to catalyze it,” he reminded the business leaders that it is the government’s responsibility to establish the basic rules of the marketplace to ensure honest competition, make investments that serve general welfare, and to guarantee a level of security for all Americans.

The President discussed a series of initiatives that the administration is taking to assist economic recovery, including the one that the Senate passed today, which provides tax cuts for small businesses that hire new workers. He noted the importance of making it easier for small businesses to get loans, and providing tax incentives for large businesses to invest in new plants and equipment.

He called for support for new financial regulations that can get rid of the system’s current vulnerabilities in order to prevent a future economic crisis by not allowing recklessness to continue. He explained that financial reform means closing loopholes that allow firms to evade rules in order to ensure consumer and investor protections. "This is about putting in place rules that encourage drive and innovation instead of shortcuts and abuse.  And those are rules that will benefit everybody."

President Obama highlighted the importance of the administration’s new initiatives to jumpstart clean energy technology, push for stronger education, strengthen trade relations for competition, and establish a stronger health care system. He emphasized the drag on the economy that is caused by the current state of health care, pointing out that health care reform would significantly reduce the deficit while providing more certainty for businesses. 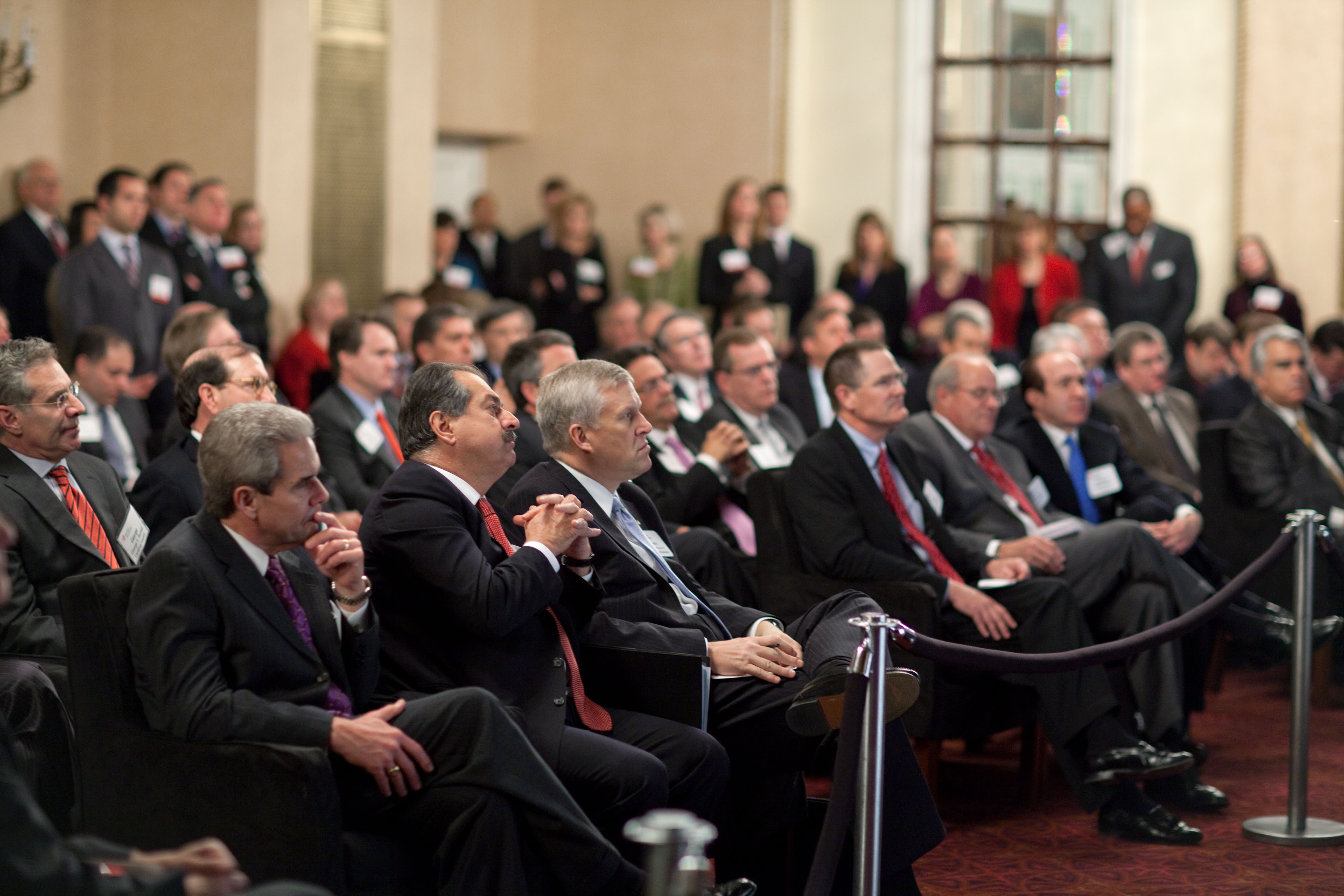