In June 2009, we launched the IT Dashboard, which allows the American people to monitor IT investments across the Federal government.  The IT Dashboard, which has received over 86 million hits, shines light into the operations of the Federal government.  However, it is not enough to simply shine a light on IT programs and hope that results will follow.

Building on the foundation of the dashboard, we launched TechStat Accountability Sessions in January 2010.  A TechStat accountability session is a face-to-face, evidence-based review of an IT program with OMB and agency leadership, powered by the IT Dashboard and input from the American people.  TechStat sessions enable the government to turnaround, halt or terminate IT investments that do not produce dividends for the American people.  Investments are carefully analyzed with a focus on problem solving that leads to concrete action to improve performance. 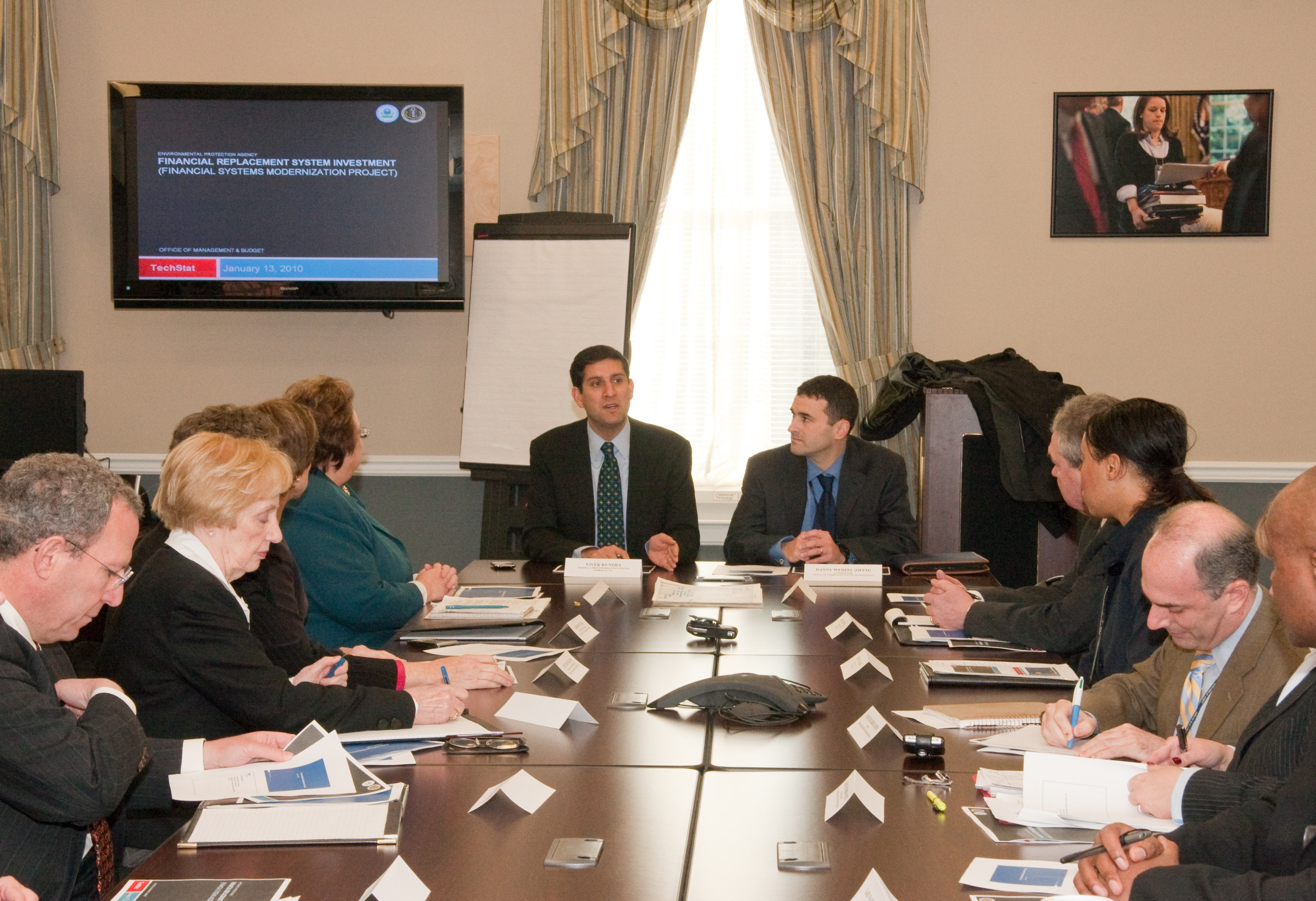 The inaugural TechStat reviewed a financial management program at the Environmental Protection Agency (EPA), which was significantly behind schedule and over budget.  At the session we unearthed several issues around the performance of the program including high leadership turnover, poorly defined goals, and a lack of a shared vision across the program team.  The TechStat session resulted in corrective actions, such as a new alternatives analysis, a permanent project manager and greater collaboration with the CFO and CIO.

Given the size and complexity of the multi-billion dollar Federal IT Portfolio, we must relentlessly focus on the health of IT investments across the government.  As the President said in his inaugural speech “those of us who manage the public's dollars will be held to account, to spend wisely, reform bad habits, and do our business in the light of day, because only then can we restore the vital trust between a people and their government.”  The IT Dashboard and TechStat Accountability Sessions are both critical tools in delivering better value and results for the American people.