Competing on the Global Playing Field in the 21st Century

In his State of the Union address, President Obama spoke about doubling America’s exports over the next few years. Today, he discussed the first steps to meet that goal at the Export-Import Bank’s Annual Conference.

While addressing the importance of America being able to compete in the global marketplace, the President explained that every $1 billion increase in exports would support more than 6,000 jobs. To promote American exports, he announced that the administration is launching the National Export Initiative, an effort to utilize the resources of the government in support for businesses that sell goods and services abroad.

The National Export Initiative will increase access to trade financing for businesses that want to export goods while also increasing the amount of trade-financing export-import offers to support small and medium-sized businesses. The President explained that the government hasn’t done enough to promote businesses abroad in the past, and under the National Export Initiative, the U.S. will advocate for American companies around the world.

This is an effort I will personally lead as President.  Next week, I’ll take my second trip to the Asia Pacific – a region that will be fundamental to America’s ability to create jobs and to thrive in the 21st century.  We can’t be on the sidelines -– we have to lead, and our engagement has to extend to governments and businesses and peoples across the Pacific.  So while I’m there, I’ll visit Indonesia and Australia, two vibrant economies and democracies that will be critical partners for the United States.  And in both countries, I’ll highlight the role that American businesses play there, and underscore how strong economic partnerships can create jobs on both sides of the Pacific while advancing both regional and global prosperity.  Going forward, I will be a strong and steady advocate for our workers and our companies abroad.

The initiative will begin coordinated efforts to promote new markets and opportunities for American exporters, and ensure that the companies have free and fair access to those markets.

The President also announced that the administration is working on a proposal to reform the Export Control System for high-tech industries in order to strengthen national security. The steps to reform the system include creating a more efficient process for companies to get their products to the market, and removing unnecessary obstacles to export to companies with dual-national and third-country-national employees.

He explained that these efforts will help to double exports, open new markets, and level the playing field for American businesses and American workers.

In times like these, questions have always arisen about whether or not America’s best days are behind us.  That’s standard fare.  It happens every so often.  There have always been naysayers and skeptics.  There were always those who’ve waxed fatalistic, fearing that we lacked the capacity to adapt, to succeed – at times even to survive – in a changing world.

But what makes America great, what continues to make America the envy of our competitors, what makes this a place where people come not just to invest but to start lives and businesses and families, is something that has been inexorable and enduring, especially in times of great challenge and great change.  It’s that spirit of adventurousness and entrepreneurship that has for generations turned wild-eyed tinkerers into world-changing entrepreneurs; that led us westward and skyward; that led to roads and railways cutting through wilderness, and ships and planes and fiber optic lines carrying American goods and services around the world.  It’s the spirit that has advanced America’s leadership in the world and held aloft the American Dream for generations. 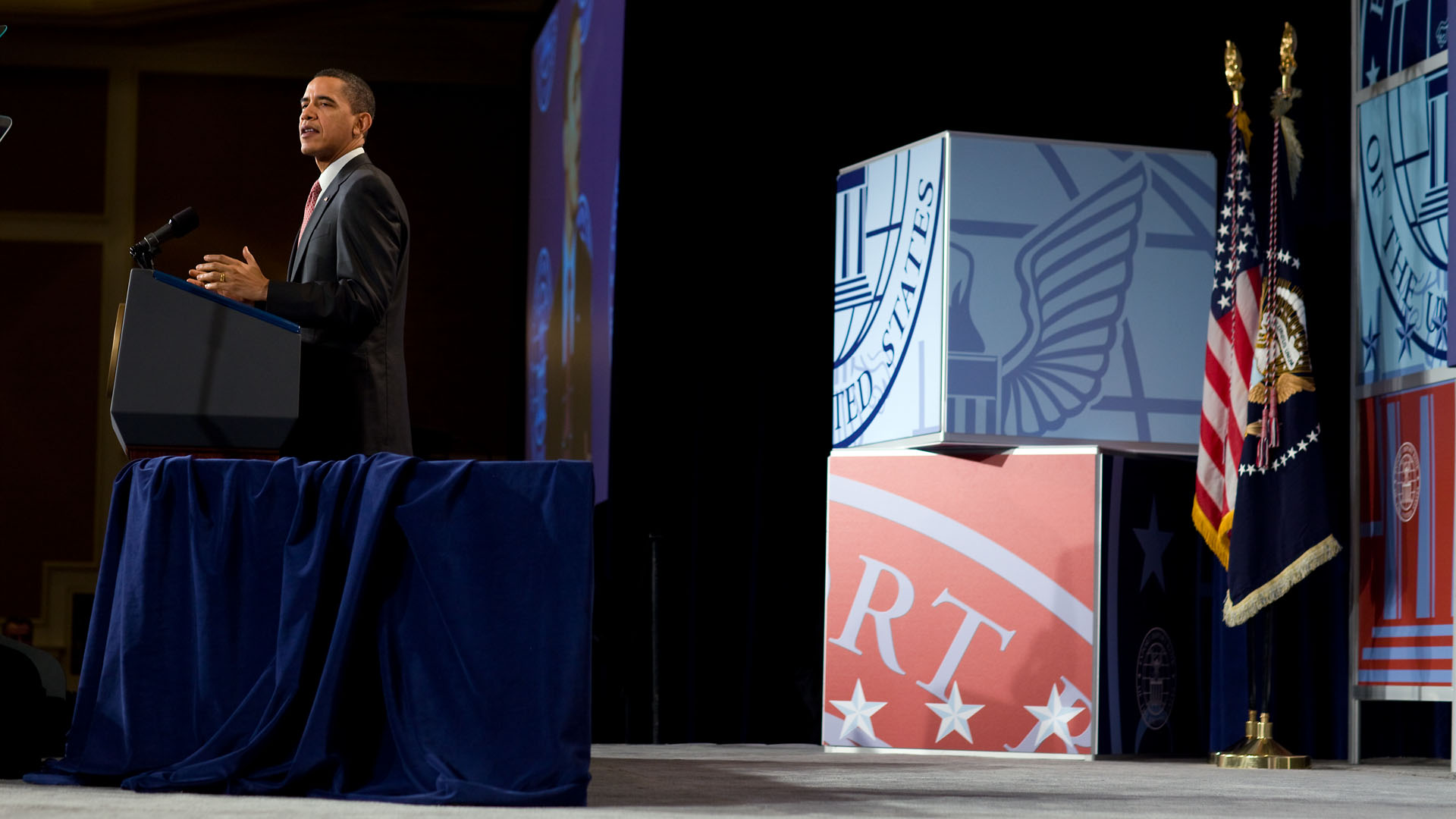