Meet the Women of the Administration: Dr. Rebecca Blank

March 18, 2010 at 5:00 PM ET by Maggie Chen
Twitter Facebook Email
Summary:
Meet the Women of the Administration is a feature showcasing inspiration women working in the Federal Government. In this installment, meet Dr. Rebecca Blank, Under Secretary for Economic Affairs at the Department of Commerce.

One of the goals of the Council on Women and Girls is to call attention to the inspirational women working in the Federal Government and to learn more about their paths to their current positions. In the first of this series, Meet the Women of the Administration, we asked Dr. Rebecca Blank to reflect on how she developed an interest and expertise in economics and to weigh in on how she balances work and family. Take a look and find out what keeps Dr. Blank going! 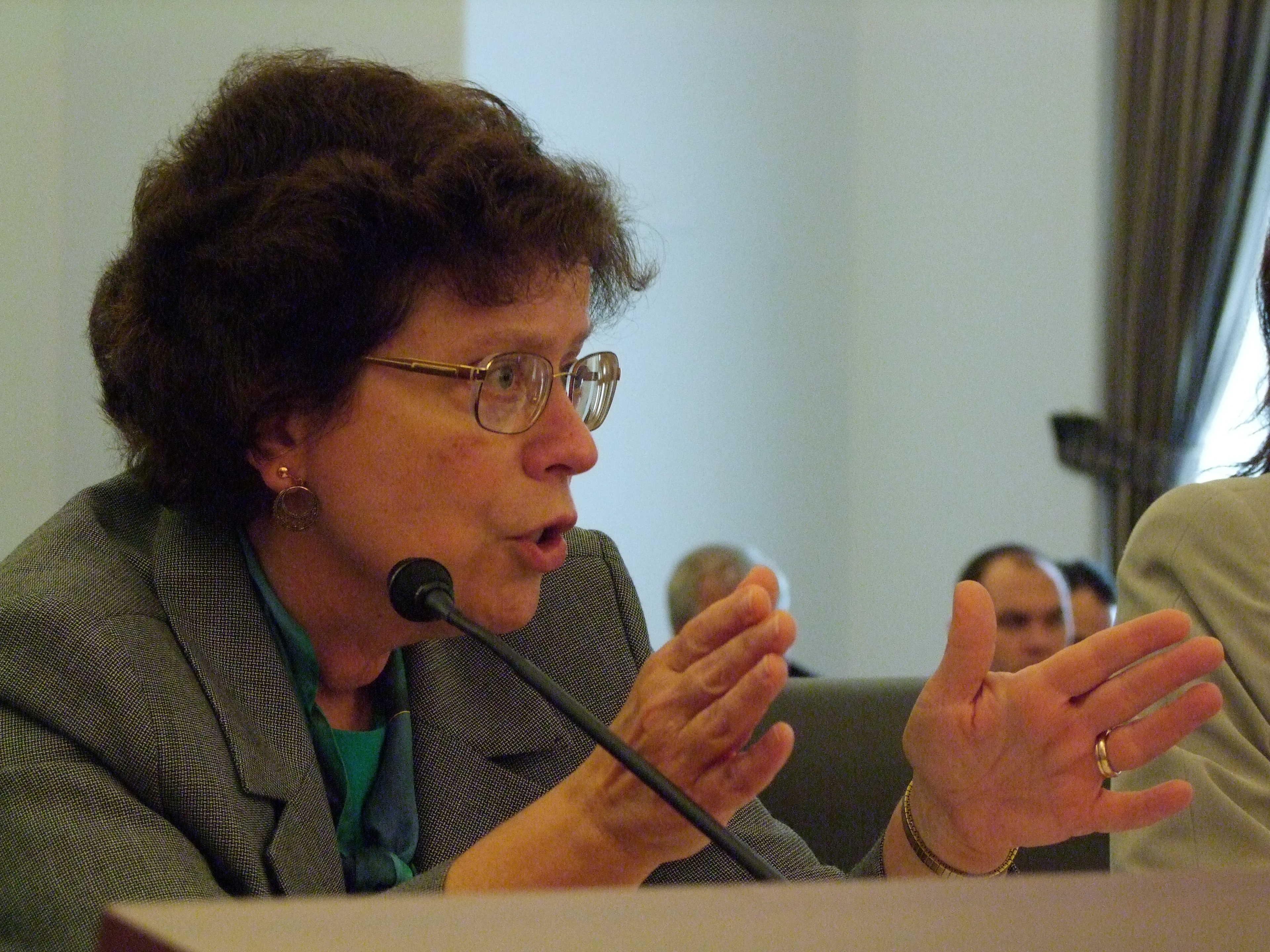 Dr. Rebecca Blank serves as Under Secretary for Economic Affairs at the Department of Commerce.

How did you become interested in working for the Federal Government?
This is my third time working in government service.  I spent a year as a senior staff economist on the Council of Economic Advisors (CEA) in the administration of President George H. W.  Bush.    The CEA is the organization inside the White House that provides economic advice to the President.  I came back to DC as a presidential appointee with the CEA in the second term of President Clinton.  Now I am back, serving as the Under Secretary for Economic Affairs at the Department of Commerce.  Government service provides an opportunity to actually be part of the policy development process.  In every government job I’ve had, I’ve gained new insights into the economic issues that I work on.

What inspired you to pursue your field of interest?
I started college as an English major.  I certainly never thought “I want to be an economist when I grow up!”  But I took an introductory economics class and it was so interesting that I took another.  And I never quite escaped after that.   Economics requires rigorous math and analytical skills, which I found challenging but fun.  At the same time, economics has a lot to say about how the world works.   After graduate school I became increasingly interested in how government policies could (or couldn’t) affect behavior and economic outcomes.  That led me into lots of interesting research areas.  And my research on the impact of policy in turn opened up opportunities to work directly on real world policy issues inside government.

What keeps you motivated?
I know it’s a corny thing to say, but I care about trying to help make the world a better place.  I care about the fact that too many people in America are currently without jobs or without adequate health care.  I’m privileged to be in a position where I can collect information and work on policies that might help reduce these problems.  I may not make the final decision on most issues, but I’m part of the process.   And I love working with a group of smart and dedicated people.  I’m always angry when I read statements about the alleged incompetence of government workers.  The people who I work with every day are committed and hardworking, and that motivates me to come to work ready to do the best job that I can in my position.

What has been your favorite moment since you’ve been working at Commerce?
For almost 20 years I’ve been working on trying to improve the measurement of poverty in the United States.  I’ve written articles about this and served on various commissions and advisory boards.  I received word this past winter that the Administration was going to propose adding funds to the part of the Commerce budget that I oversee, asking the Census Bureau to develop and publish a Supplemental Poverty Measure with many of the improvements that I and others have been talking about.  Public policy doesn’t move fast, but it was really a high point to be in my job when this change happened.

Recently, what has been new and exciting about your work?
Among other things, I oversee the Census Bureau which is in the midst of launching the 2010 Decennial Census, which is designed to count every man, woman, and child in America.  It’s been absolutely fascinating to be involved in the final planning and launch of this effort.  And it’s challenging and often sobering to deal with the criticism and firestorms that the Census generates.   Being part of the 2010 Census has demanded management skills, substantive knowledge, and political savvy.  Of course, it’s not just an interesting project, but one of the most important things that will happen this year.  Our political representation depends upon the data from the Census.  And over $400 billion in Federal dollars are allocated to states and localities each year based on data from the Decennial Census.

Do you have a family?  How do you balance work and family life?
I’m married, with a teenage daughter.   I got married in my late 30s and had a pretty well established career by then.  That made it easier to deal with the inevitable tradeoffs that motherhood requires.  But my ability to hold a series of challenging jobs has depended on a husband who has often had a somewhat more flexible schedule and who is willing to share home and parenting tasks.  I always want to tell younger women that if they want a career and family, they need to “marry well.”  I don’t mean finding a partner with money (although of course that won’t hurt!), but finding a partner who will respect their career and who will truly share the family work.   I’ve been extremely fortunate.  I love my job, but spending time with my family keeps me sane.  As an academic researcher, I’m always tempted to live too much in my own head; my family pulls me out of my own preoccupations and reminds me of the importance of human connection.