Last Thursday, the Department of Veterans Affairs (VA), the White House Office of Faith-based and Neighborhood Partnerships and the Office of Public Engagement co-hosted a regional Fatherhood Forum near Fort Bragg in Fayetteville, NC as a part of the President’s National Conversation on Responsible Fatherhood.  This event focused on how we can support military and veteran dads, especially those who are absent from their children and spouses because of service to their country. 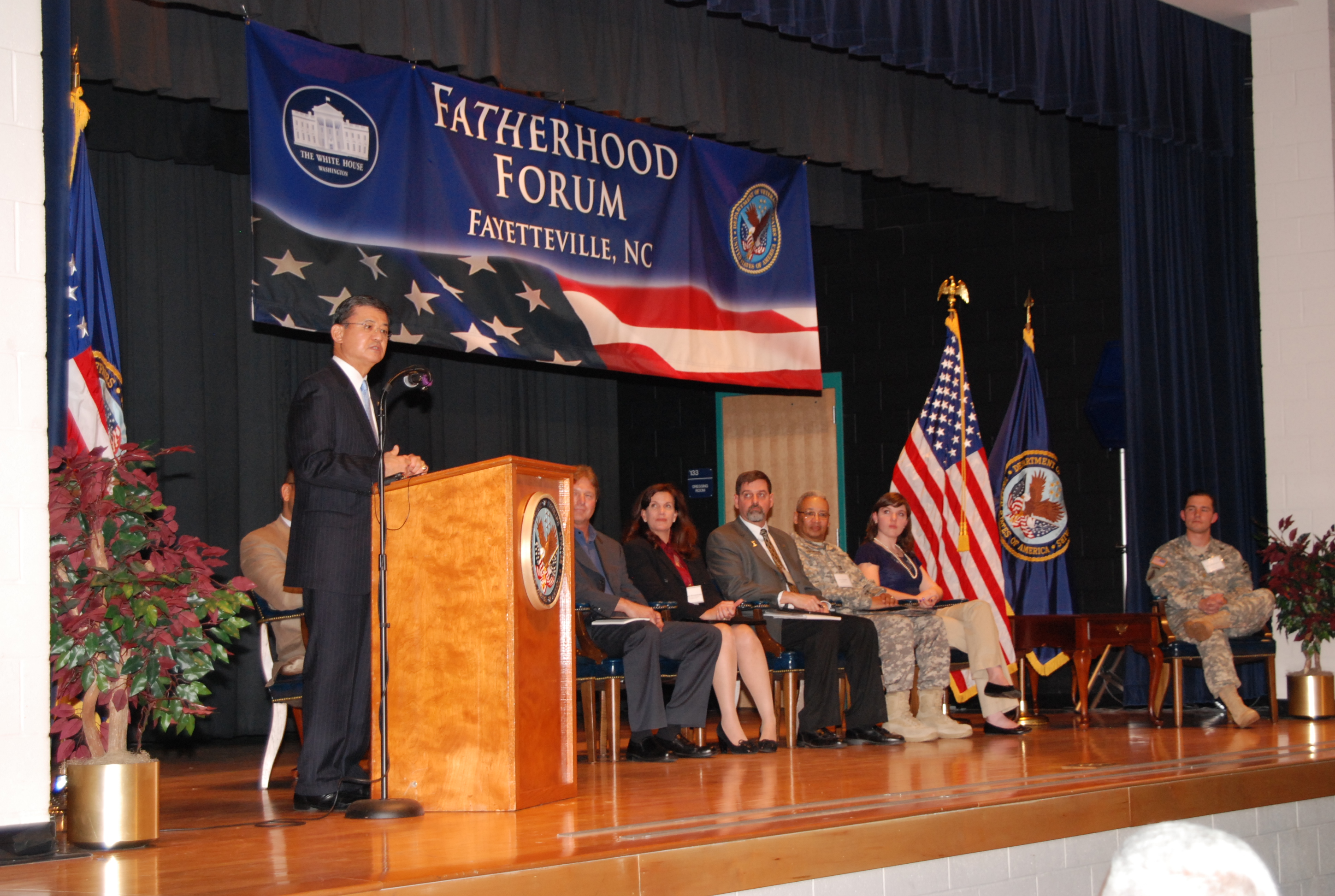 Secretary Eric Shinseki delivers the keynote address at the Fatherhood Forum on Military and Veteran Fathers and Families while the panel looks on. March 25, 2010.

As a part of the meeting, military and VA leaders learned about the challenges military and veteran dads and families encounter.  Veterans, active duty dads, mothers, community leaders, professors and chaplains facilitated break-out sessions where open and honest dialogue took place about gaps in services as well as the successful programs and activities to addresses those challenges.

Specific topics of discussion include topics such as how congregations and community organizations can develop a program supporting military and veteran fathers and their families as well as discussions about the unique challenges faced by fathers who are also wounded warriors.  Through these roundtables, we learned the government as well as people, programs, and ministries must recognize negative impacts that service for our country can occur that require the commitment of time and resources to facilitate reintegration to self, family and community.

At the evening’s Public Forum, Veterans Affairs Secretary Eric K. Shinseki gave the keynote address emphasizing that his job and that of VA is to serve veterans and give them the benefits and services they deserve. Sec. Shinseki and Michael Strautmanis, chief of staff in the Office of Public Engagement and Intergovernmental Affairs, also heard stories from present and former military service members as well as the family member with individuals in the military.

One of the stories Secretary Shinseki heard was from Chaplain Captain Lee Hagwood.  After adjusting his career in the military to be more involved in the formative years for his four boys, Lee rejoined the military as a Chaplain and was deployed to Kuwait and Afghanistan.  After the Forum, Chaplain Hagwood’s youngest son, Rueben, described some of the challenge he went through during his father’s deployment.

My father missing my 18th birthday was hard to accept because he has never missed any of my other birthdays.  However, his call to wish me a happy birthday was great! The fact that he took time out of his busy schedule while being away on his job for an important cause like serving his country made me feel as important in his life.

We also had a wonderful time with NASCAR great Rick Crawford and were warmly hosted by Lt. Gen. Frank Helmick, the Commanding General at Fort Bragg.  It was an honor to be among these soldiers and their families and have this historic conversation about supporting military and veteran dads. 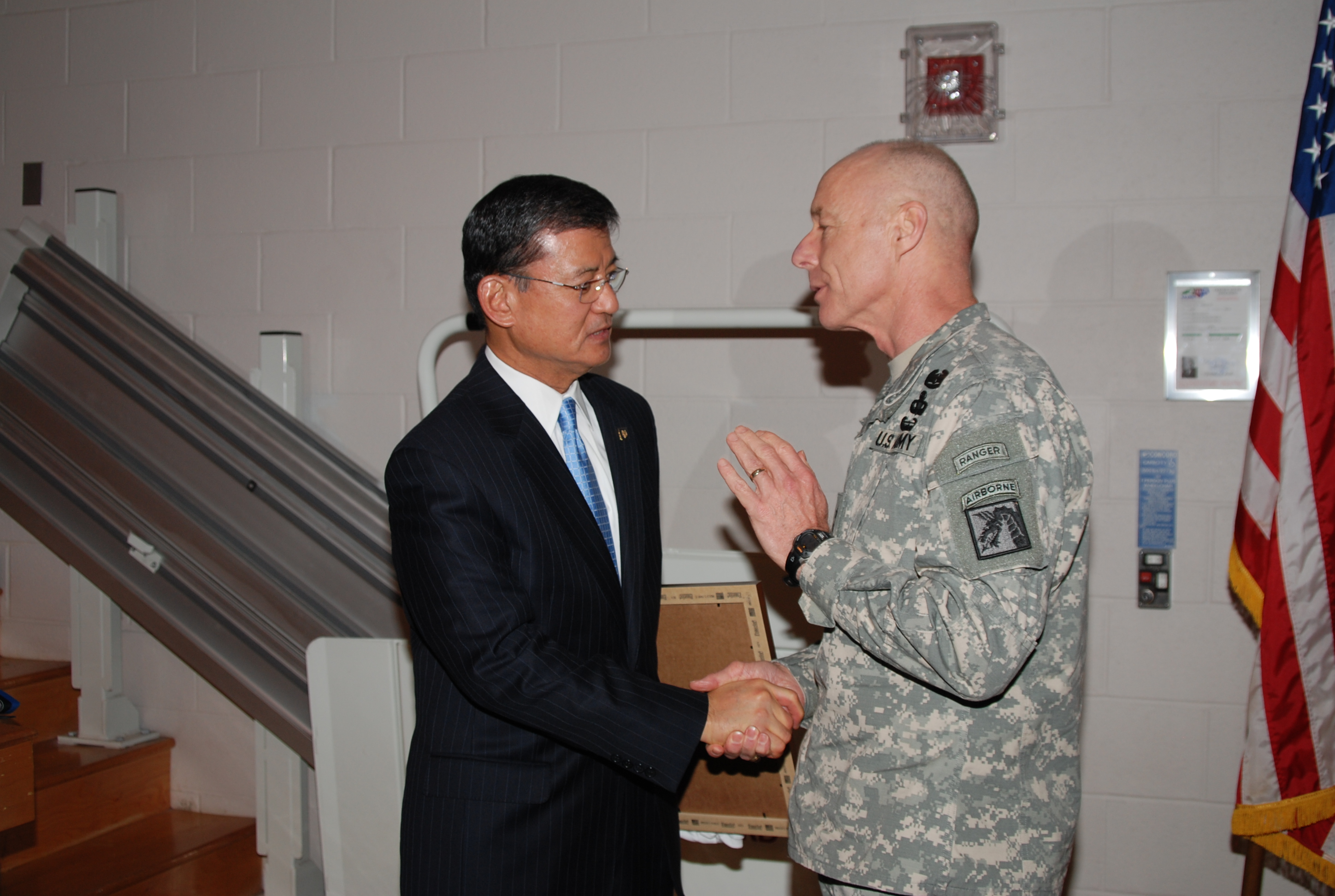 Rev. E. Terri LaVelle is the Director of Faith-Neighborhood Center at the Department of Veterans Affairs