On the Employment Situation in March

April 2, 2010 at 9:39 AM ET by Christina Romer
Twitter Facebook Email
Summary:
Christina Romer, Chair of the Council of Economic Advisers, discusses the jobs numbers for March, 2010.

Payroll employment increased 162,000.  Even after adjusting for the 48,000 temporary Census workers hired and a rebound effect from the February snowstorms, this number suggests an increase in underlying payroll employment.  Moreover, revised estimates now show a small job gain in January and a smaller job loss in February than previously reported.  As a result, for the first quarter of 2010 as a whole, job growth averaged 54,000 per month.  This is a dramatic change from the first quarter of 2009, when average job loss was 753,000 per month. 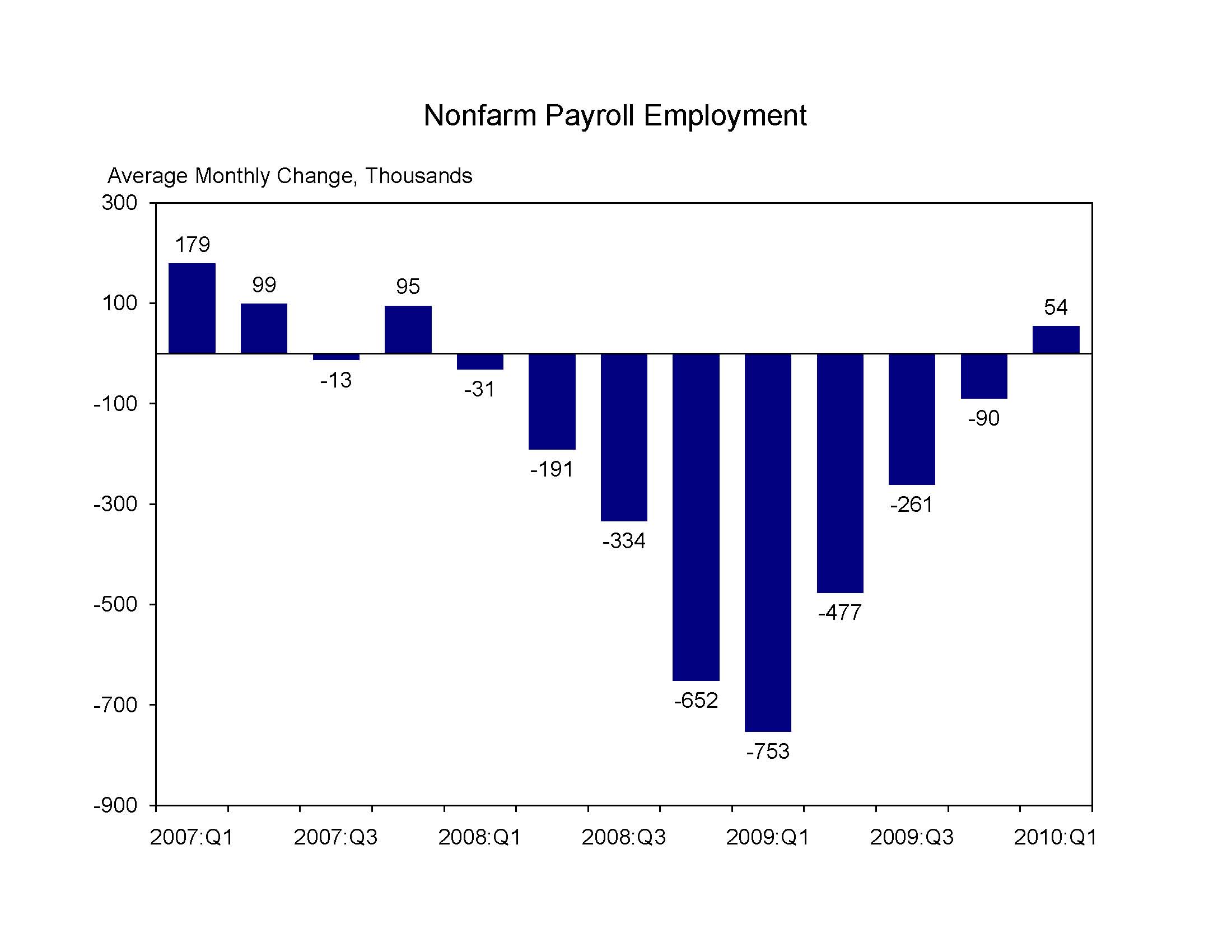 At the same time that we welcome today’s encouraging labor market news, it is obvious that the American labor market remains severely distressed.  More than eight million Americans have lost their jobs since the start of the recession in December 2007.  It will take sustained, robust employment growth to bring the unemployment rate down.  Further targeted actions to spur private sector job creation are critically needed to ensure a more rapid, widespread recovery.

While this is the most positive jobs report we have had in three years, there will likely be bumps in the road ahead.  The monthly employment and unemployment numbers are volatile and subject to substantial revision.  Therefore, it is important not to read too much into any one monthly report, positive or negative.  It is essential that we continue our efforts to move in the right direction and generate steady, strong job gains.

* The reported numbers are adjusted to remove the impact of revised population controls that the Bureau of Labor Statistics introduced in January 2010.  Without this adjustment the labor force increased by 851,000 and employment increased by 1.11 million.