On Jobs: "We Are Beginning to Turn the Corner"

April 2, 2010 at 3:32 PM ET by Jesse Lee
Twitter Facebook Email
Summary:
President Obama discusses how the Recovery Act and jobs bill have helped to boost the economy and create jobs.

The President travelled to Charlotte, North Carolina today, where he visited Celgard, Inc., a manufacturing company that is benefiting from the Recovery Act investments towards clean energy.  Before he went down, we had a chance to get to know this company at the frontier of clean energy economy -- and the frontier of recovery -- here's what we saw:

There, the President delivered remarks about the current state of the economy and job growth, noting that the economy created 162,000 new jobs created in March, instead of losing them: “the best news we’ve seen on the job front in more than two years.”

He warned that while the economy appears to be picking up, there is still a lot of work to be done:

Economic statistics don’t do justice to the pain and anxiety that results from unemployment.  Lasting unemployment takes a toll on families, takes a toll on marriages, takes a toll on children.  It saps the vitality of communities, especially in places that have seen factories and other anchoring businesses shut their doors.  And being unable to find work -- being able to provide for your family -- that doesn’t just affect your economic security, that affects your heart and your soul.  It beats you up.  It’s hard.

So we have to be mindful that today’s job numbers, while welcome, leaves us with a lot more work to do.  It will take time to achieve the strong and sustained job growth that we need. 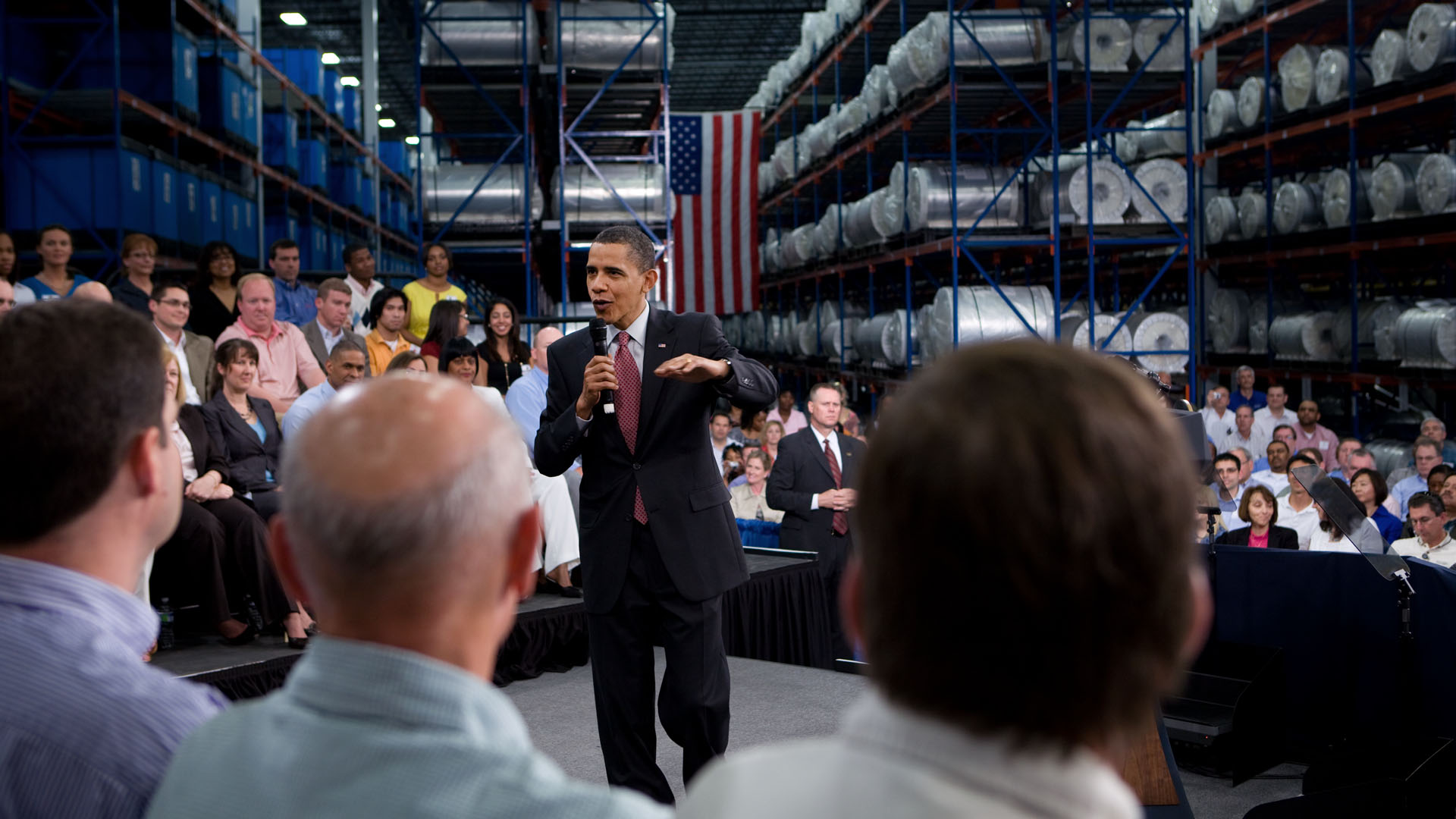 The President said that the private sector is the “true engine of job growth in this country,” and that while the government "can’t reverse the toll of this recession overnight", it can help to spur job growth by providing incentives for companies to begin hiring again. The President recently signed the HIRE Act, a jobs bill that provides tax cuts for businesses that hire new employees, and makes investments in clean energy and schools to encourage job creation. He talked about the Recovery Act, which made significant investments in infrastructure, helping to create private sector jobs.

He explained that Celgard, Inc. received a $50 million grant through the Recovery Act to expand the facility and lead in the clean energy sector, and that this story is being repeated all over the country:

So here’s the bottom line:  This investment is expected to create nearly 300 jobs for this company, more than a thousand jobs for your contractors and suppliers -- and these are all jobs helping America build the batteries that will power cleaner and more efficient cars and trucks.  And through investments like this one across the country, we’re already seeing an incredible transformation.  Here’s an interesting statistic:  Before the Recovery Act, before I took office, we had the capacity to make less than 2 percent of the world’s lithium ion batteries -- less than 2 percent.  In the next five years, on the trajectory that we’re now on, we’re going to be able to make 40 percent of the advanced batteries right here in the United States of America.  Right here.

So the next time somebody asks you, when you’re at the grocery store, well, what did this Recovery Act do?  You can tell them, one of the things it helped do is to expand and catalyze an entire new industry, where the United States of America can gain enormous market share across the globe.  And that’s the kind of strategy we need -- helping the private sector thrive in entirely new industries, the industries of the future.  It’s a strategy that will not only create jobs in the near term, but also sustained growth and opportunity in the long run.

To learn more about the benefits of the Recovery Act, visit our Recovery Act section or visit Recovery.gov. 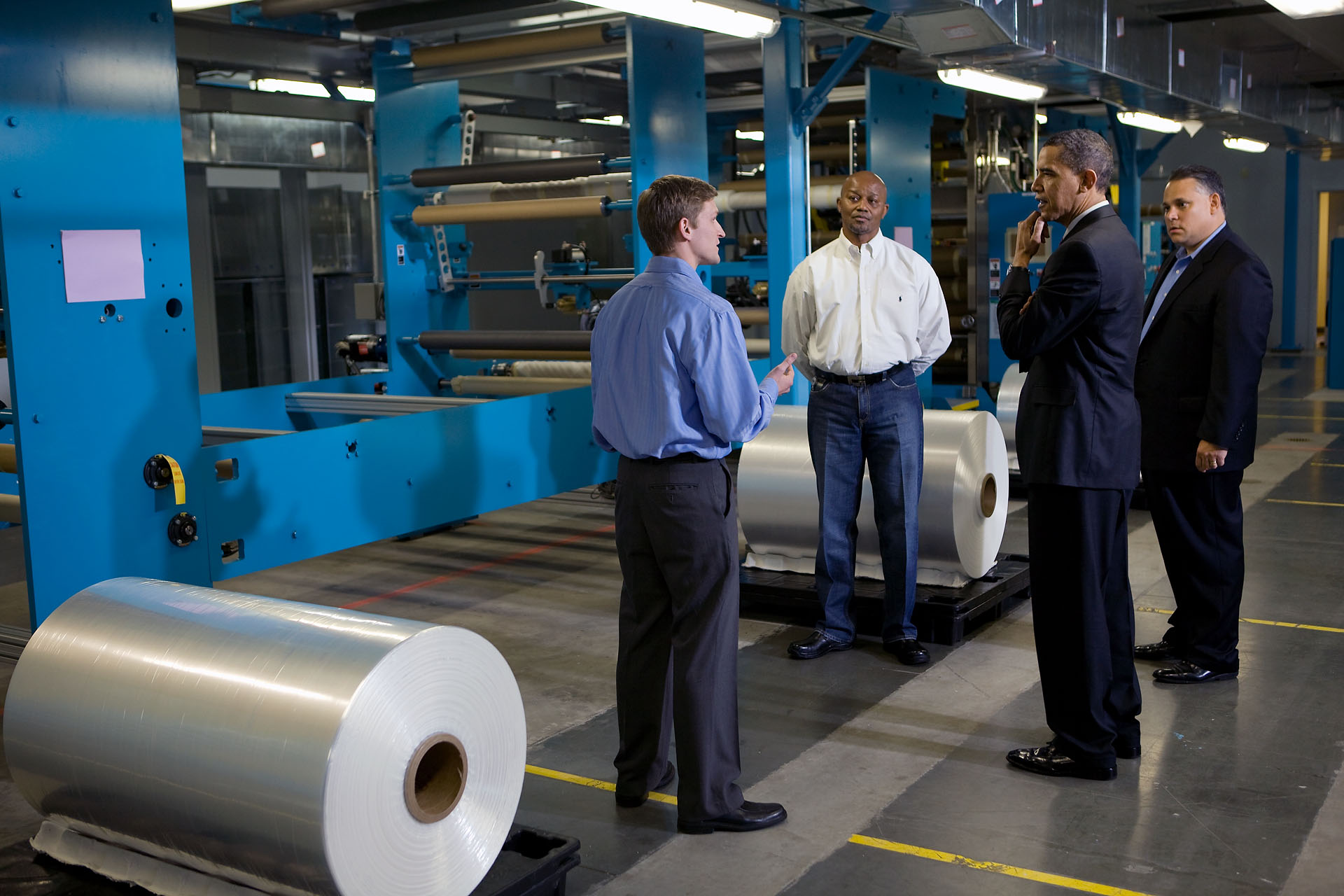