Last week saw marked progress on one of the President's key long-term foreign policy objectives to stop the spread of nuclear weapons, and to secure vulnerable nuclear materials.  On April 8th, President Obama signed the New START Treaty which will require the United States and Russia to reduce -- by 30 percent below the levels in a treaty signed in 2002 -- the number of nuclear warheads they have deployed on intercontinental ballistic missiles, submarine-based ballistic missiles, and bombers.  A year in the making, this treaty marked an important step towards the goal of eliminating the threat of nuclear weapons to humanity, a goal the President recognizes may not be reached in his lifetime but which will never happen if we do not strive for it.  The New Start Treaty was signed two days after the Department of Defense released the new Nuclear Posture Review, which establishes as a goal of America's foreign policy "to reduce the role of nuclear weapons in our national security strategy and focus on reducing the nuclear dangers of the 21st century, while sustaining a safe, secure and effective nuclear deterrent for the United States and our allies and partners as long as nuclear weapons exist," as the President put it in his statement.

This morning the President arrived at the Nuclear Security Summit with leaders from around the world to pursue a comprehensive nuclear security agenda to secure all vulnerable nuclear materials around the world within four years. As Deputy National Security Advisor for Strategic Communications Ben Rhodes explained in previewing the summit, "Obviously no one nation is capable of taking the actions necessary to secure vulnerable nuclear materials that are in many different countries and in many different regions of the world.  Similarly, no one nation is capable of pursuing the kind of nuclear security measures that can prevent the transit, illicit transit, of those types of materials."  The summit will focus on collective action to achieve these goals, and as the largest gathering of countries by an American President dedicated to a specific issue in decades, it represents a recognition by the President and so many other leaders of the seriousness of the threat posed by nuclear terrorism. 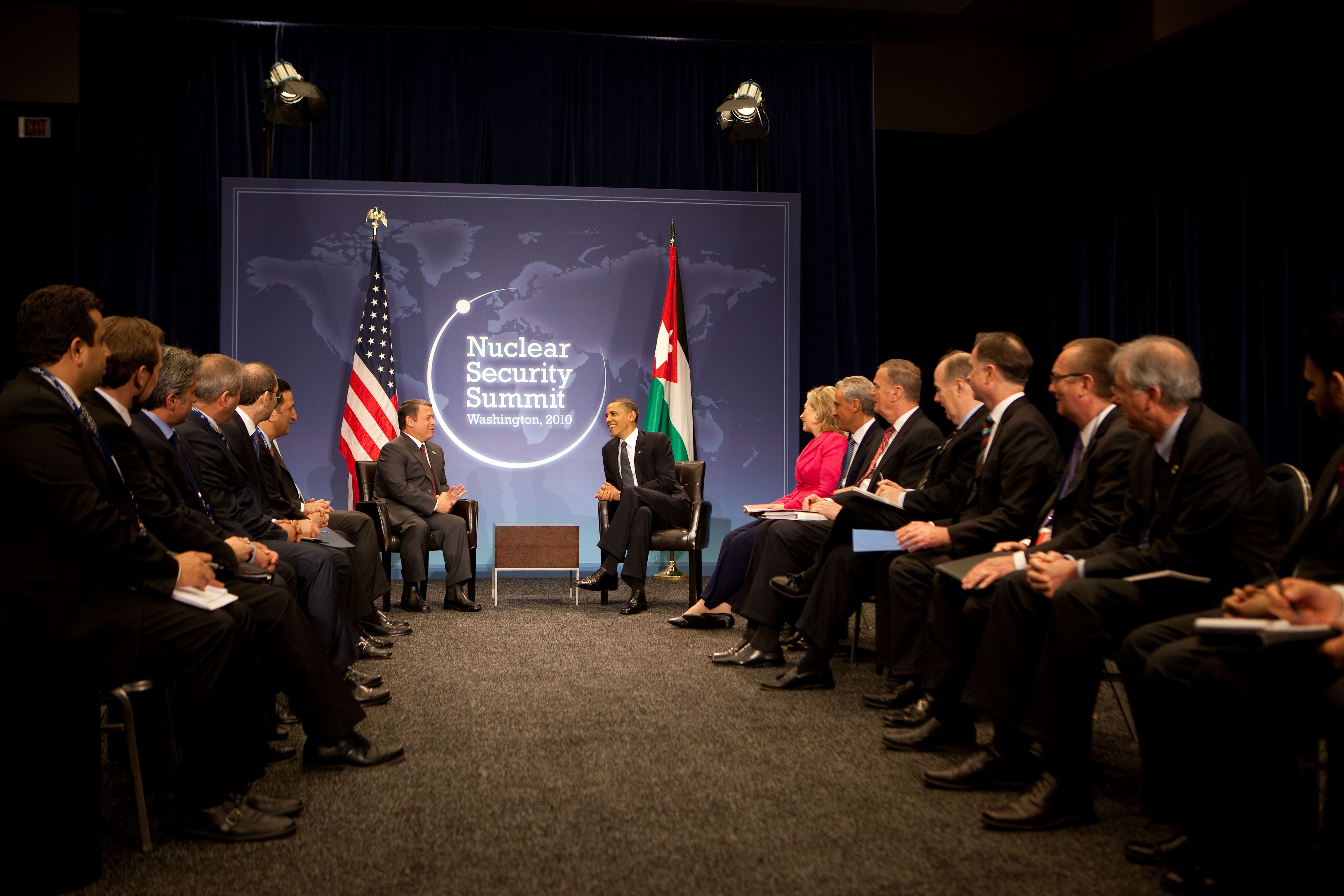 The work of the summit began yesterday with a number of bilateral meetings, with more scheduled today with King Abdullah of Jordan, Prime Minister Mohamed Najib Abdul Razak of Malaysia, President Serzh Sargsian of Armenia, and President Hu Jintao of China.  The President will welcome each head of delegation late this afternoon, and the summit will begin in earnest with a working dinner tonight to be followed with much more tomorrow.