The CEA’s third quarterly report on the impact of the American Recovery and Reinvestment Act (ARRA), released earlier this week, found that the ARRA raised employment as of the first quarter of 2010 by between 2.2 million and 2.8 million jobs over what it would otherwise have been.  There is obviously much interest in how these employment effects have been distributed across states. Our first quarterly report, last summer, developed methods for examining state-level employment impacts.  We have updated those analyses to estimate the number of jobs that the ARRA created or saved in each state as of the first quarter of 2010.

Estimates for all fifty states, plus the District of Columbia, are reported in Table 1. The methodology is described in detail in a supplement to the third quarterly report.  However, it is important to emphasize that these disaggregate estimates are inherently more speculative and uncertain than are aggregate estimates.

Of course, we estimate that larger states have seen larger jobs impacts, simply because their populations are larger.  Similarly, industrial states are estimated to have had larger employment effects relative to their populations because manufacturing employment is more cyclically sensitive.  Finally, both because of their industrial composition and because state fiscal relief and aid to individuals directly impacted have been larger in states hit harder by the recession, we estimate that states with higher unemployment rates at the time of passage have seen larger employment effects of the ARRA relative to their populations.
The estimates in Table 1 are calibrated to add up to 2.8 million jobs, the estimated employment impact of the ARRA in 2010:Q1 according to one of the two methods that the CEA uses to estimate the ARRA’s impact (see Table 3 of the third quarterly report).

This approach yields somewhat higher overall employment impacts than does our other method, which indicates that 2.2 million jobs were created or saved.  Thus, it is possible that the estimates in Table 1 somewhat overstate the true impacts.  But there is no reason to expect that this would lead to changes in the distribution of jobs impacts across states. 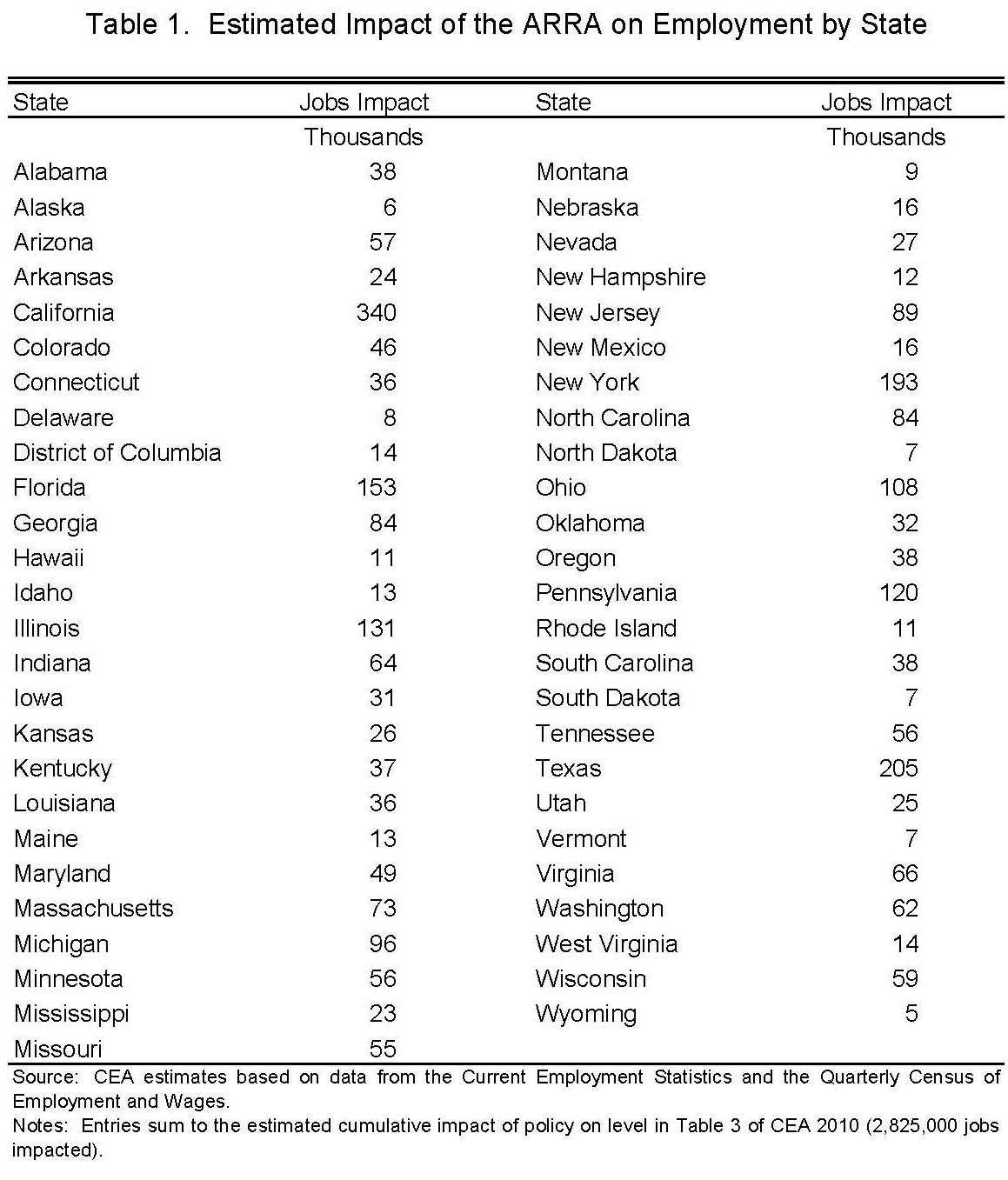